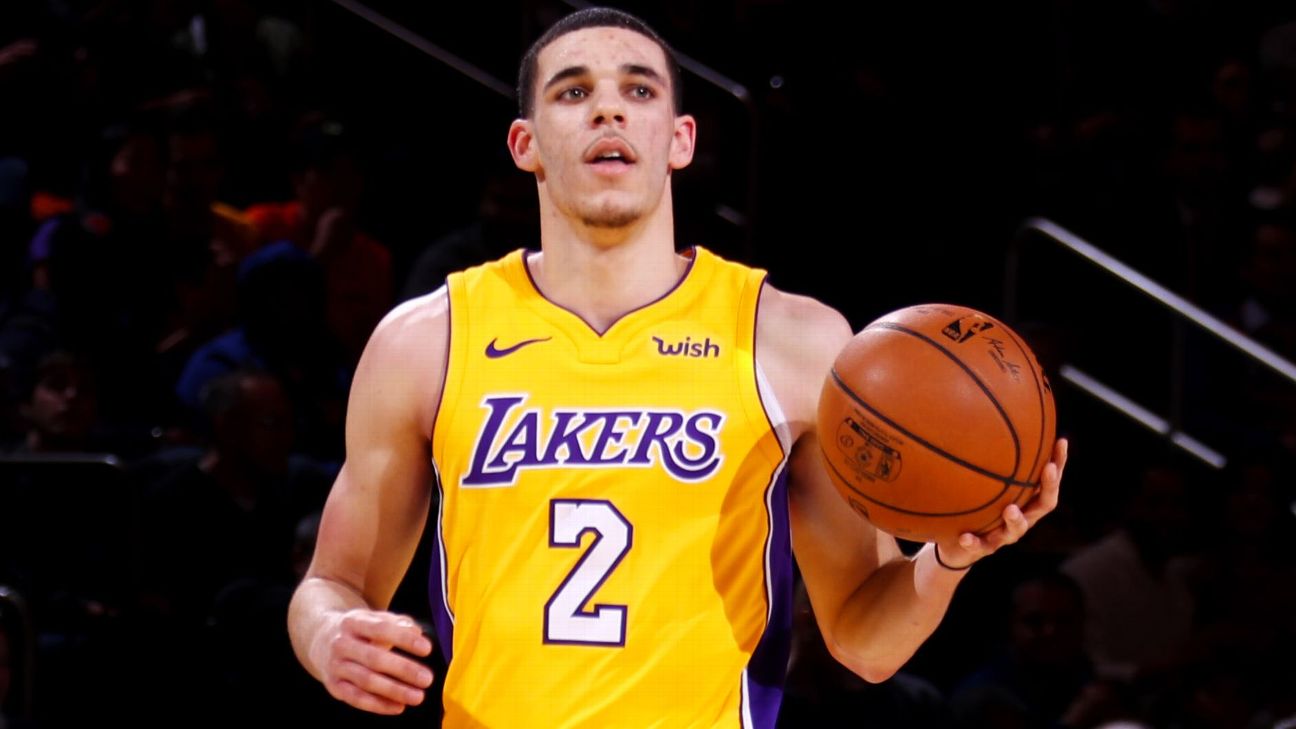 Los Angeles Lakers guard Lonzo Ball filed suit late Tuesday night against the former co-founder and manager of Big Baller Brand, Alan Foster, for damages of more than $2 million plus interest, alleging that Foster "conspired to embezzle millions of dollars and then divert those funds for his personal use, including to acquire assets in Ethiopia."

In court documents obtained by ESPN, which were filed electronically on Tuesday night in Los Angeles Superior Court and expected to be processed Wednesday morning, Ball alleges that "shortly after his release from prison, Foster embarked on his plan to target Ball and his family" and then "fleeced them of millions of dollars" by "creating a variety of corporate entities in which he gave himself ownership interests and managerial control."

Foster then used those entities, the suit alleges, to "directly and indirectly funnel substantial amounts of Ball family money to himself."

After Ball declared for the NBA draft, the suit alleges that Foster "persuaded Ball that it would be in his best financial interest to form his own company and his own brand of apparel and merchandise rather than aligning himself with established brands that had expressed substantial interest in signing Ball to lucrative endorsement deals."

ESPN reported on March 22 that Ball severed ties with Foster over concerns that the longtime family friend has a criminal past and also has not adequately accounted for the whereabouts of roughly $1.5 million from Ball's personal and business accounts.

Ball told ESPN he believes that Foster, a friend of Lonzo's father, LaVar, for almost a decade who owns 16.3 percent of the Big Baller Brand shoe and apparel company, had "used his access to my business and personal finances to enrich himself. As a result, I have decided to sever all ties with Alan, effective immediately."

Foster filed the paperwork to create BBB by changing the name of an existing company, NeXT Catch LLC, and assigning himself a role of managing member, with a provision that states that "title to assets to be held in the company's name or the name of any nominee the manager may designate." That operating agreement, which was obtained by ESPN, was signed by Lonzo Ball, LaVar Ball, Tina Ball and Foster.

In 2002, Foster was sentenced to more than seven years in prison after pleading guilty to one count of mail fraud and two counts of money laundering as part of a scheme that defrauded 70 investors of $4 million, according to federal court records obtained by ESPN. Foster also was ordered to pay $3.7 million in restitution to victims.

The suit alleges that Foster never informed Ball or his family of his criminal past; and that months before meeting the family, Foster had his parole revoked -- and was sentenced to an additional five months in prison -- because he could not show he was compliant with the conditions of his parole to "not engage in any business involving investment, asset management or protection, or any other business involving the protection of funds."

Ball also alleges that Foster arranged for at least eight loans with financing fees of nearly $950,000 to be taken out by Ball or another entity owned by Ball, Family Always Matters LLC, from "non-traditional lenders" that "included exorbitant financing charges that were paid in whole or in part to Foster without Ball's knowledge."

When Ball confronted Foster about these concerns about his conduct, the suit alleges that Foster responded by "threatening to publicly disseminate false and misleading information concerning Ball and his family."

Before the March 22 article, Foster initially offered to arrange an in-person meeting with ESPN alongside Ball's father at the Ball estate in Chino Hills, California. But repeated subsequent attempts via email, phone calls and text messages to reach Foster for his perspective were met with no response. On March 21, Foster suggested meeting in person at the Ball estate the following day, but then later that day, he instead suggested the middle of the following week because he was "super busy"; Foster otherwise offered no comment.

ESPN reached out to Foster and his attorney, who is referenced in the lawsuit, for comment late Tuesday night but did not get a response.

ESPN's Malika Andrews and PaulaLavigne contributed to this report. 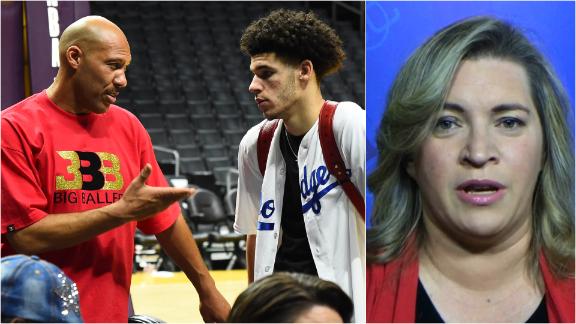 How will Lonzo's lawsuit affect BBB, LaVar?
Ramona Shelburne weighs in on Lonzo Ball's $2 million lawsuit against the former co-founder and manager of Big Baller Brand. 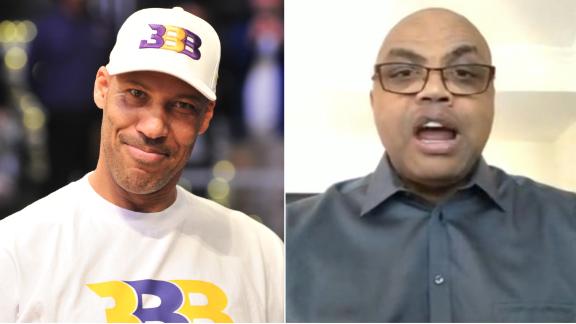