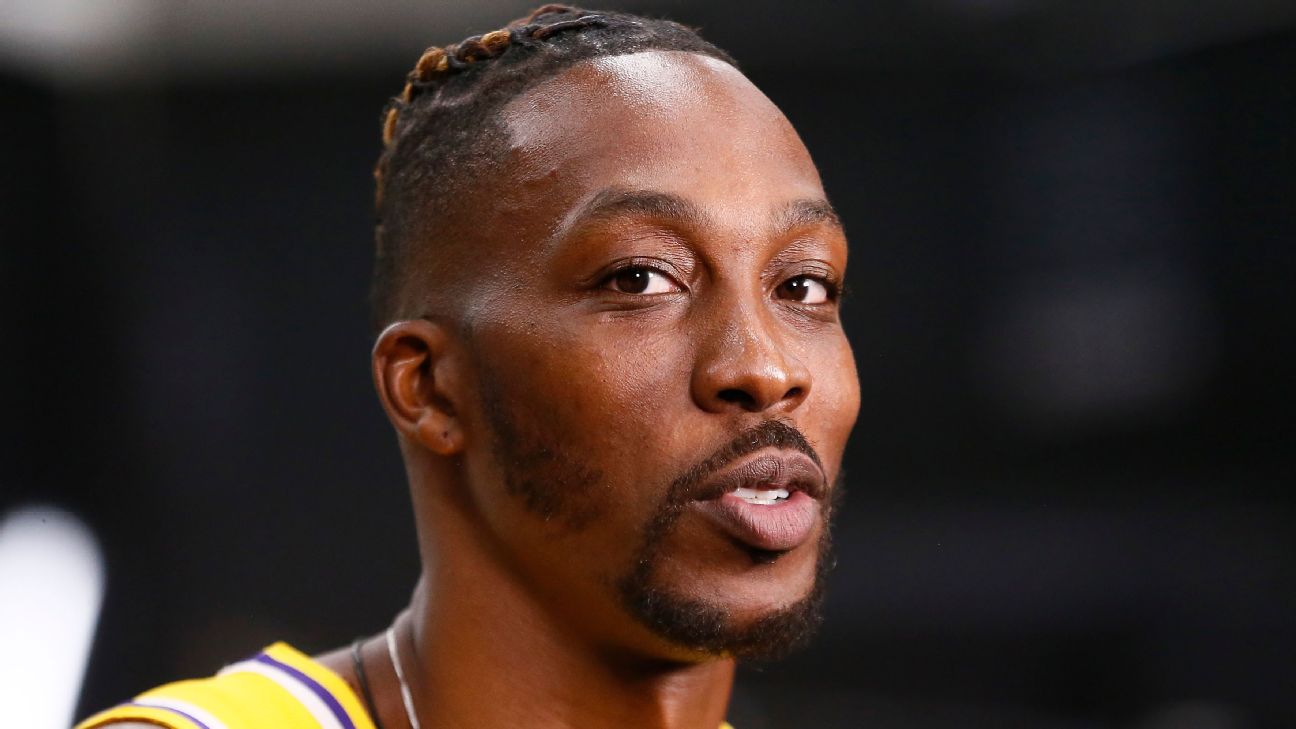 EL SEGUNDO, Calif. -- Of all the additions the Los Angeles Lakers made this offseason, it's two centers -- Dwight Howard and JaVale McGee -- who are standing out the most to first-year coach Frank Vogel.

"Our centers have really impressed me," Vogel said Tuesday at the conclusion of his team's sixth practice session through the first four days of camp. "Both Dwight and JaVale."

The most heralded acquisition, of course, was DeMarcus Cousins, the 10-year veteran whom L.A. plucked from Golden State after he spent the bulk of last season rehabbing a torn Achilles as a member of the Warriors. His injuries persisted after signing with the Lakers, as he suffered a torn ACL in his left knee in August while playing an offseason pickup game.

Cousins has been present at the Lakers facility for practices but hasn't participated in any on-court work with his team, instead using the time to rehabilitate. On Sunday, he walked laps around the perimeter of both courts at the UCLA Health Training Center, quipping to a team staffer, "You see me power walking?" On Tuesday, he rode the exercise bike before embarking on his laps.

Cousins is facing a misdemeanor domestic violence charge after allegedly threatening his ex-girlfriend and the mother of his 7-year-old son during a phone call this summer.

An NBA spokesman refuted a TMZ report Tuesday that NBA officials are working with the Mobile (Alabama) Police Department to coordinate a surrender date for Cousins.

"It is categorically untrue that the NBA reached out to the Mobile Police Department to facilitate DeMarcus Cousins' surrender," NBA spokesman Mike Bass told ESPN.

Legal concerns aside, Cousins' injury will keep him out for the entire 2019-20 season. The Lakers were granted a $1.75 million disabled player exception (half of Cousins' salary), which they must use by March 10 on a replacement player, or it will expire.

In the meantime, L.A. has McGee -- re-signed to a two-year, $4.2 million deal after averaging a career-high 12 points last season along with 7.5 rebounds and two blocks per game for the Lakers -- and Howard -- signed to a nonguaranteed $2.6 million veteran's minimum contract after impressing in a workout set up after Cousins went down -- to fill the void.

"JaVale's performing at a really high level," Vogel continued. "Dwight Howard has been all business since he came in this time around. We're asking our whole group to have a seriousness about ourselves. He's been an all-business type of guy. It's really helped us to be focused and working on the task at hand."

So far, both players have had the chance to play alongside LeBron James and Anthony Davis-- Vogel's only two confirmed starters at this point -- as the coach tries to find a first five he likes.

"We've been on the same team -- me and JaVale or Dwight and I -- I think every scrimmage yet," Davis said. "It's the same. It's hard to score. Or JaVale and Dwight [together], it's hard to score against us in the paint. So my role doesn't change. I just don't have to get every blocked shot now and every rebound. We have guys that can do the same thing."

Howard's career numbers -- 17.4 points, 12.6 rebounds, two blocks per game with eight All-Star appearances and three Defensive Player of the Year awards -- are every bit as impressive as Cousins'. But injuries have also slowed him. He played just nine games for the Washington Wizards last season, averaging 12.8 points and 9.2 rebounds, before undergoing spinal surgery to address a herniated disk.

"None of those accomplishments, they mean nothing right now," Howard told ESPN at media day last week. "My job is to help this team win. All the stuff that happened in the past doesn't matter at this present time. I just want to stay in the moment, stay focused on what I need to do for this team, to help this team be successful."

It's an attitude that Davis has seen Howard bring to camp so far.

"Dwight has it on his mind that he wants to help this team win," Davis said. "And whatever that entails, he's going to do it. He wants to have his second run in L.A. be a great one, and he's come in, he goes in the weight room, he gets his treatment and then comes on the court and gets his work in and practices. So he's been about business from day one, and that's all I can ask for for a guy to come in, get his work in and be ready to go." 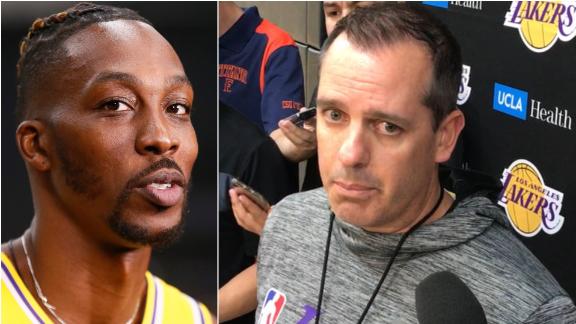