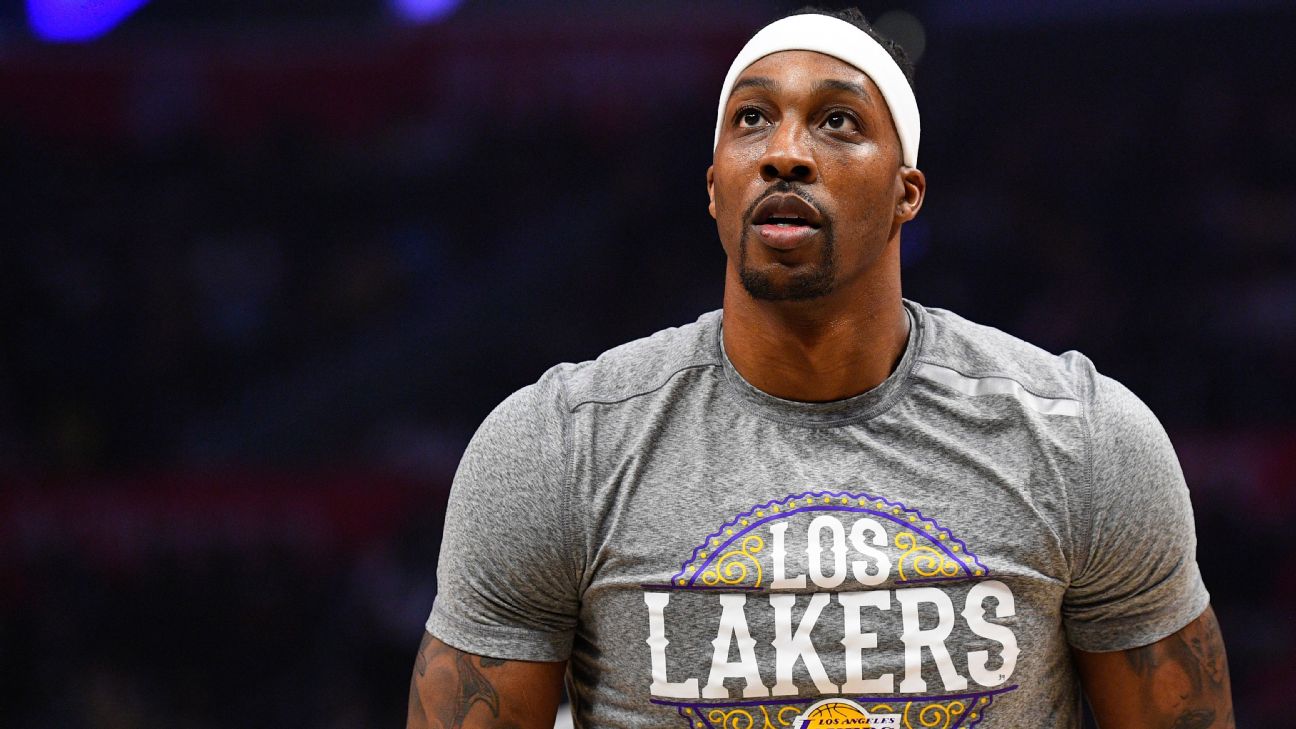 Speaking on a video conference call with reporters Wednesday at the start of the Lakers' "pre" training camp comprised of individual workouts before the team flies to Florida next week, Vogel restated L.A.'s commitment to the backup center.


"We've been in communication with Dwight the whole way with supportive phone calls and text messages," Vogel said. "We don't know what the level of participation is going to be yet. He wants to play. We're hopeful that he's able to join us."

Howard is currently with his family in Georgia, where he is satisfying the NBA's home quarantine and testing protocol required of all players who will participate in Orlando, a league source told ESPN.

Howard's 6-year-old son, David, is in his care. David's mother, Melissa Rios, died of an epileptic seizure on March 27 at her home in Calabasas, California.

Not only is Howard juggling his responsibilities as a father with preparation for the finale to the season, but as a Black man he has also been deeply affected by the social unrest facing this country, according to Howard's agent, Charles Briscoe.

"Basketball, or entertainment period, isn't needed at this moment, and will only be a distraction," Howard said in a statement issued to CNN through Briscoe last month.

Lakers vice president of basketball operations and general manager Rob Pelinka told reporters this week that the team is working with Howard, Briscoe, the NBA and the National Basketball Players Association in order to find a workable path for the former three-time Defensive Player of the Year to eventually report to the team.


All 22 teams participating in the restart were required to submit to the league their 36-person traveling party list -- including their roster of up to 17 players -- by Wednesday. Vogel said "we don't have any intention" of keeping Howard off the Lakers' list.

"He has an extenuating circumstance that he's working with the league on in terms of what that is ultimately going to look like," Vogel said. "But we're hopeful and optimistic that he'll be able to join us in Orlando."

The NBA has already assessed player circumstances on a case-by-case basis, as players have tested positive for COVID-19 before returning to their teams. Sacramento Kings forward Jabari Parker, for example, will remain in Chicago before joining his teammates in Orlando as he recovers from the coronavirus, rather than trek to the West Coast beforehand.

As for Smith, he officially signed a contract with the Lakers on Wednesday, giving L.A. another option at guard after Bradley opted out of playing in Orlando last week because of family concerns. The 34-year-old, who hasn't played in the league since November of 2018, will wear No. 21 for the Lakers.

"In terms of what he brings to the table, just the experience factor," Vogel said of Smith, who paired with LeBron James on the Cleveland Cavaliers to win a championship in 2016. "I mean, this guy is a big-time player. He's proven it over the course of his career. We know he can help us.

Caruso, who averaged 17.8 minutes before the season was suspended to Bradley's 24.2, said he hopes to pick up some of the slack created by Bradley's absence.

"I'm not sure if I'm going to be the sole provider of everything that Avery did," he said on a video conference call with reporters. "That's a lot to ask for just because of how good he is at what he does. But I'm definitely going to be ready to fill part of that gap and that need." 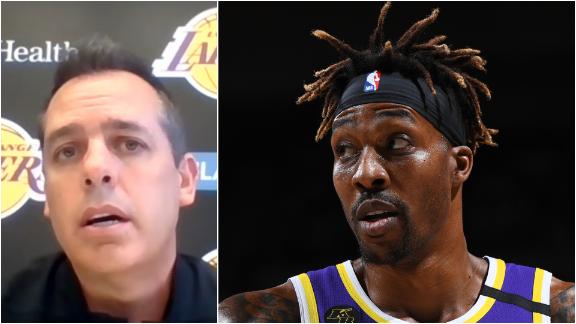 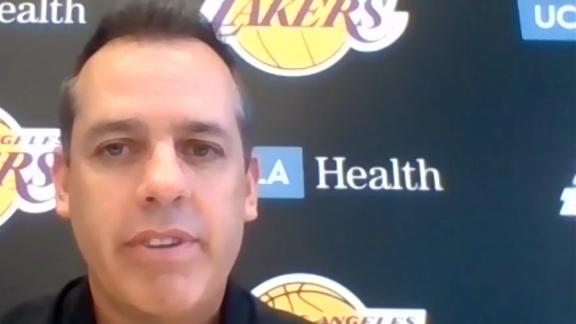