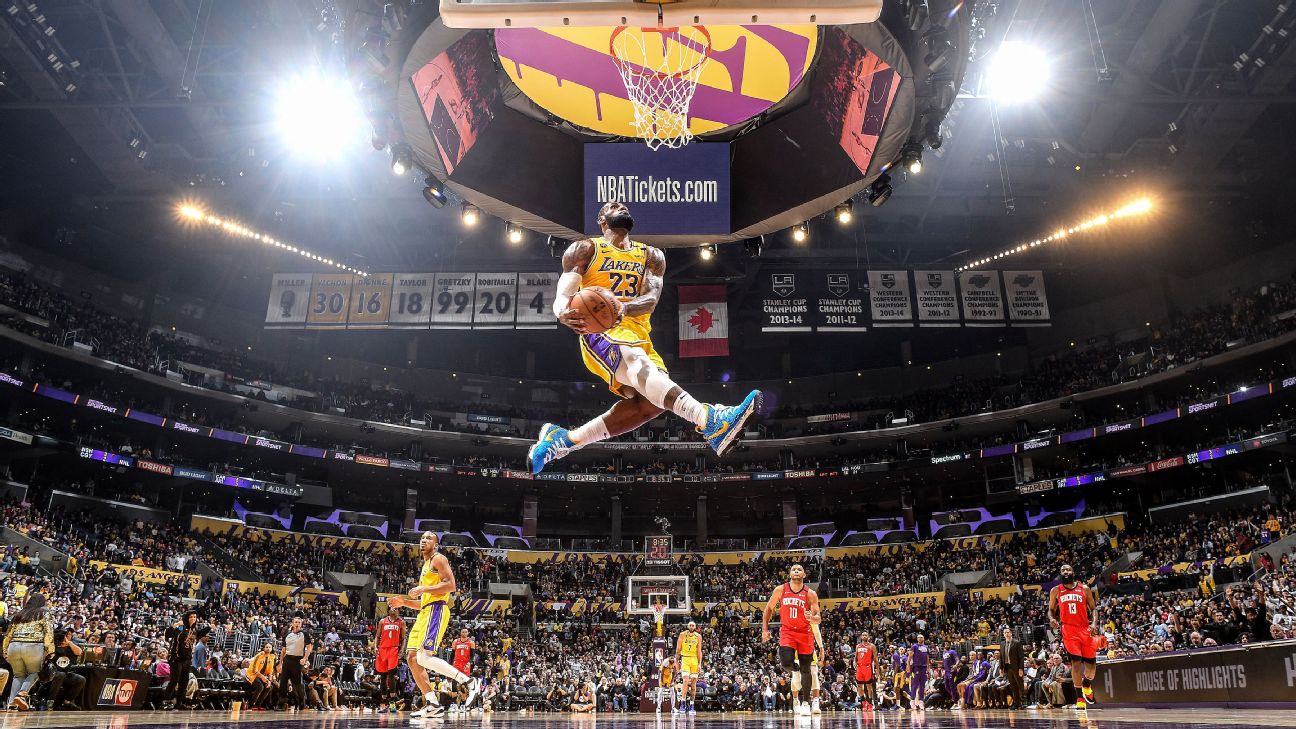 LeBron James threw down a two-handed reverse windmill slam Thursday night, thrilling fans with another electrifying highlight in his 17th NBA season -- one that has already seen him voted in as an All-Star captain, move into third place on the NBA's career scoring list and lead his Los Angeles Lakers squad to the best record in the Western Conference.

But while the video of the dunk against the Houston Rockets looks great from any angle, the best one was captured by photographer Andrew D. Bernstein.

James shared the photo (which came in a 121-111 loss) on his Instagram account, writing "Win, Lose, or Draw I LOVE being able to play the game I fell in love with as a lil kid growing up back in the projects of Akron Ohio!"

This isn't the first time a James dunk produced an iconic image. In fact, in 2003, James' very first game -- and very first NBA dunk -- resulted in an unforgettable photo.

Amazingly, James nearly replicated that image 10 years later when he was with the Miami Heat.

And that might not even have been James' best dunk photo against the Sacramento Kings from that season. A week earlier, he put Ben McLemore on a poster. (Coincidentally, McLemore -- now a reserve with the Rockets -- had a great view of James' Thursday night slam, though he was safely on the bench for that one.)

If it's any consolation for McLemore, he's far from the only player who has ended up on the wrong end of an iconic James dunk photo. Just ask Jason Terry.

Or sometimes even the basketball itself.

None of those, however, can claim the rights to being James' mosticonic dunk photo. That will almost certainly be one from his first season with the Heat. The indelible image of Dwyane Wade flying by in celebration as James soars above the Milwaukee Bucks will go down as one of the greatest in NBA history. 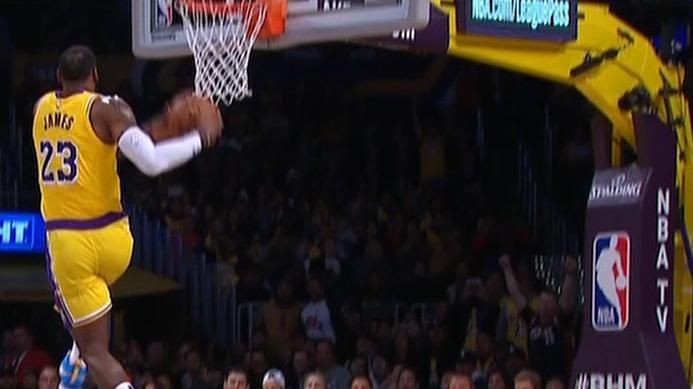