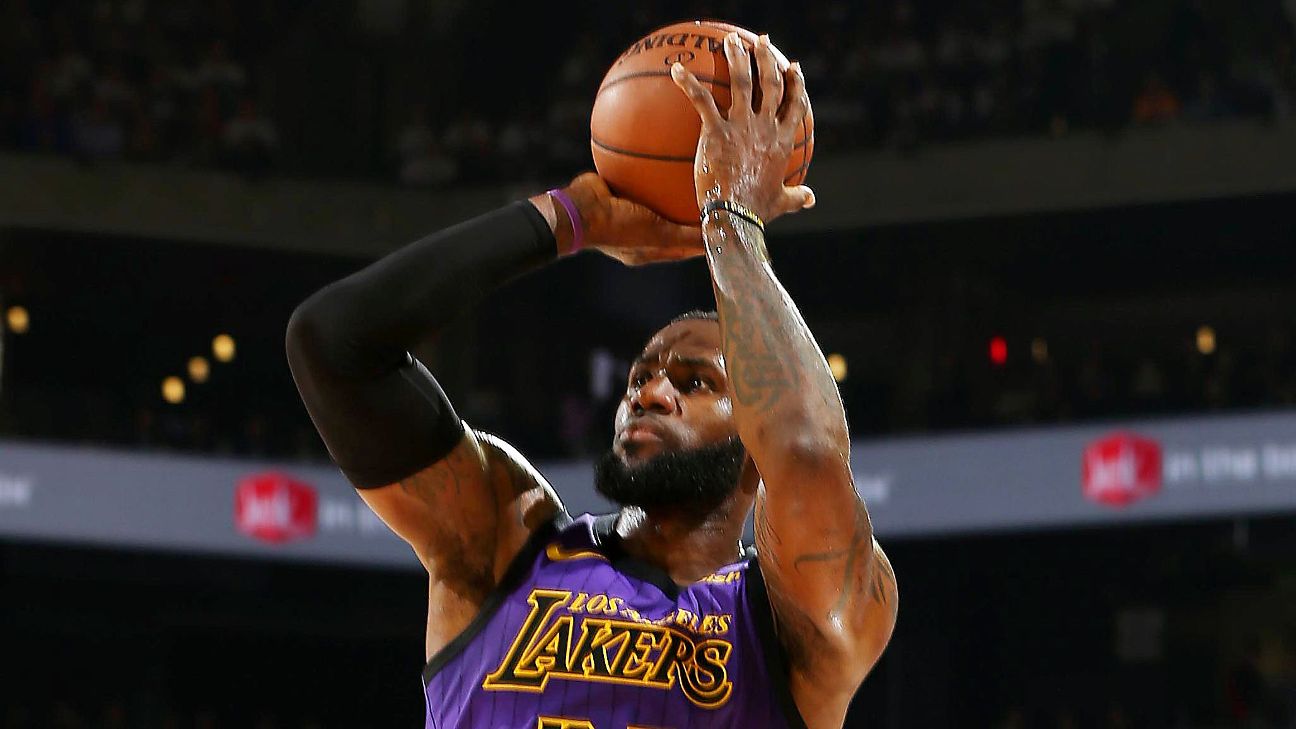 LOS ANGELES -- About an hour before LeBron James made his long-awaited return, the Los Angeles Lakers star had a quick story to share with his locker room neighbor Rajon Rondo.

"You were in my dream this afternoon," James said.

Rondo, always thinking ahead, asked, "Was I holding up a trophy?"

The Lakers' chase for a Western Conference playoff berth received a massive boost with James' return Thursday night against the LA Clippers. After a 17-game absence, James had to work overtime and log an unexpected 40 minutes. And despite not looking like his normal explosive self and at an admitted 80 percent, the All-Star still nearly had a triple-double with 24 points, 14 rebounds and 9 assists in a 123-120 win over the Clippers.

"He's the greatest player on the planet," Lakers center Tyson Chandler said. "So he brings his super powers [back]."

When James went down because of a groin injury he suffered during a Christmas night win at Golden State, the Lakers stood 20-14 and fourth in the Western Conference, just 2 games behind the Denver Nuggets and Golden State Warriors for first in the conference. But without James -- and with Rondo out for a long stretch as well -- the Lakers were inconsistent and rudderless, going 6-11 and falling to ninth place and 10 games behind the first-place Warriors.

James' return means everything for the Lakers and comes at a crucial time with the team in the midst of the most grueling stretch of its schedule.

"The message for the team is we're all ready to make this push," James told ESPN's Dave McMenamin after the win. "That's it. Let's make that push. ... We're on the road. We're on the road for the whole month of February. We got two home games. So if you want to make a push, why not make it on the road? That's the best time where you can come together as a team when you're on the road and it's just us. So, let's do it."

The Lakers' next five games are on the road at Golden State, Indiana, Boston, Philadelphia and Atlanta before the All-Star break. The Lakers (27-25) then play a home game against Houston before hitting the road again to New Orleans and Memphis.

In the middle of all that is the Feb. 7 trade deadline -- a day that could change the shape of the Lakers' roster completely as they pursue a blockbuster deal for New Orleans' Anthony Davis.

"There ain't nothing to talk about," James told McMenamin when asked about the uncertainty some in the locker room could feel. "That ain't nothing but fantasy basketball until something happens. We'll see what happens."

Having James back might have felt like a dream come true for coach Luke Walton as far as the timing is concerned. Both Staples Center hallway neighbors are vying for a playoff spot with the Clippers entering the night two games ahead of the Lakers in the standings in eighth place.

"In the West, for the most part, the playoff race has started for everybody," Clippers coach Doc Rivers said before the game.

The Lakers might feel as if they're just getting started again. They got Rondo back only a week ago after he underwent surgery to repair a finger on his right shooting hand for the second time this season. Rondo had 14 points, 13 rebounds and 7 assists against the Clippers. Kyle Kuzma also rejoined the lineup after missing the previous two games because of a hip injury, contributing 10 points and two assists in the win.

Lonzo Ball remains out until at least late February because of a Grade 3 sprained ankle, but was walking without a protective boot in the locker room before the game.

For the Lakers, nothing beat the sight of James back in uniform in the locker room, blaring his pregame rap music to get his juices flowing. James, who during his rehab even napped at times in a hyperbaric chamber to speed his recovery, was originally listed as out on Wednesday but was upgraded to doubtful Thursday morning.

"There was times when I felt great and then a day or two later I didn't feel so good," James said of his recovery. "There were times when I thought I could come back faster but it just wasn't reacting the right way. So I just had to be patient. Which you know, I'm not patient at all."

Early on Thursday, James clearly was feeling his way back after a 37-day layoff, the longest of his career. He missed his first perimeter shot and had an errant behind-the-back pass.

Staying largely on the perimeter, James brought up the ball at times and shot just 1-for-6 from 3-point range. He looked as though he didn't have much lift on deep perimeter shots off his left leg, the side of the groin he injured. He made 9 of 22 shots overall.

And while James didn't show much of his usual explosiveness, he made his strongest moves in or around the paint and he got better as the game went on. After Tobias Harris tied the score at 112 with a wide-open 3 with 35.9 seconds left in regulation, James had a chance to go for the win and made his most explosive move of the night by driving hard into the paint on Harris, only to lose the ball out of bounds with 3.4 seconds left.

In overtime, James was exactly what the Lakers had been missing during his absence. He made the first basket in overtime on a driving layup before drawing a double-team in the post and finding Rondo for a baseline jumper. He delivered a perfect alley-oop pass to JaVale McGee, but the center missed the dunk.

James buried a contested fallaway 13-footer to put the Lakers up for good at 120-118. Then Lance Stephenson scored while being fouled for a 3-point play that pushed the Lakers' lead to five before they held on for a much-needed win.

Rondo said having James back was like having that quarterback to orchestrate the offense and put everyone in a better position. That quarterback, though, will have to pass another test in this arduous road back with his recovery on Friday.

James has to get all the aching muscles and that strained groin ready to play again on Saturday night in a rematch with the Warriors in Oakland.

"I'm not feeling particularly great right now," James said after icing down. "Definitely ecstatic about being back out there with my guys and getting a great road win versus a team that we're kind of climbing in the playoff race. After being out five weeks, I'm feeling it right now. I wish I could click my shoes together and be home right now in my bed but it was great to be back out there."

"I'll gain my rhythm as the season continues to go, but like I said, I'll see how I feel tomorrow," James added. "That's gonna be the telltale sign of all the rehab and the work and everything I've been putting in these last five weeks." 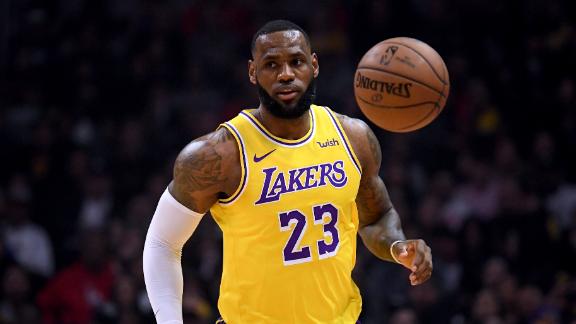 LeBron flirts with triple-double in return
LeBron James finishes just an assist shy of a triple-double with 24 points, 14 rebounds and 9 assists in the Lakers' overtime win vs. the Clippers. 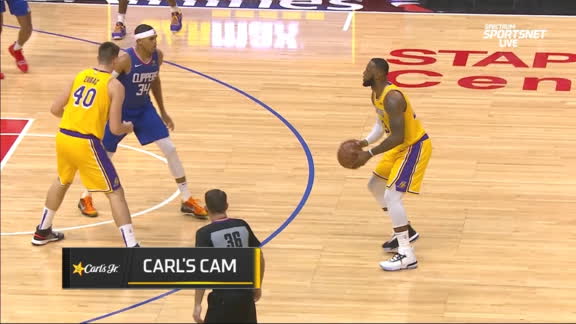