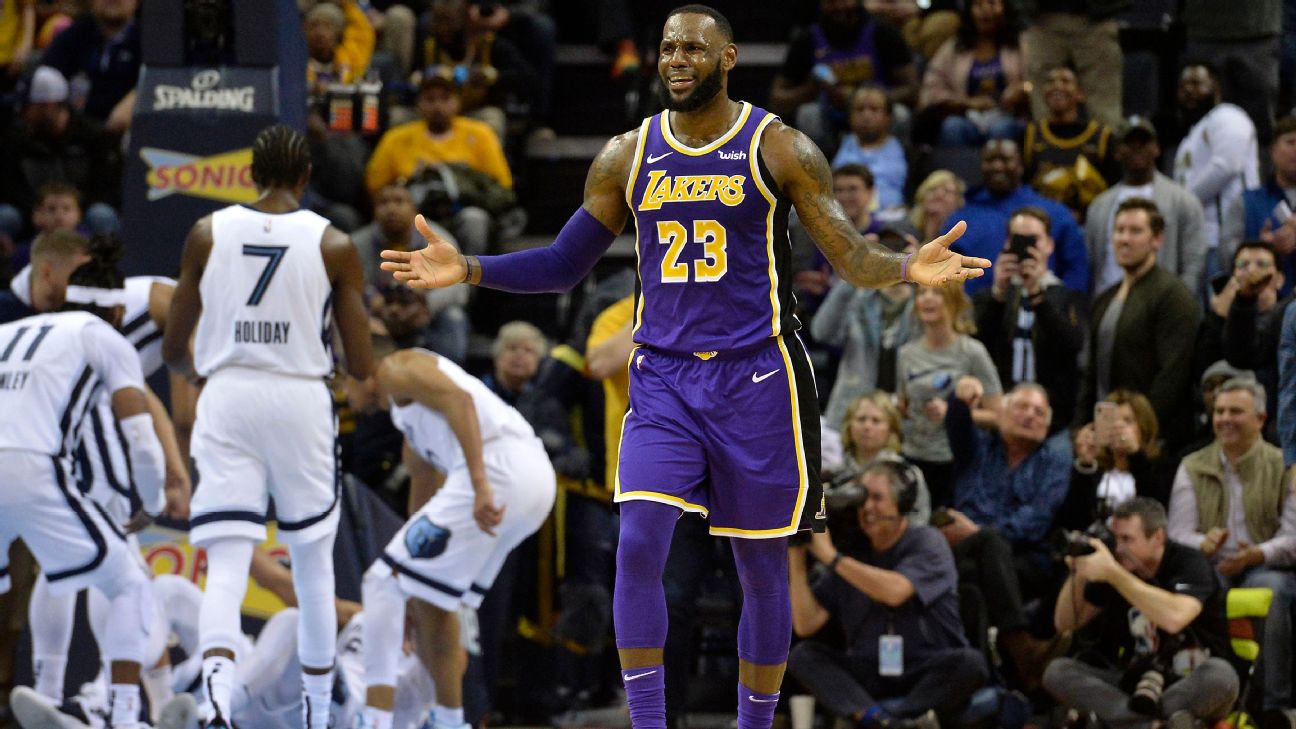 MEMPHIS, Tenn. -- With the Los Angeles Lakers taking a one-step-forward, two-steps-backward approach to their post-All-Star playoff push following another defeat at the hands of a lesser opponent, LeBron James was asked if the pressure of it all was becoming a distraction to his team.

"At this point if you are still allowing distractions to affect how the way you play, then this is the wrong franchise to be a part of and you should just come and be like, 'Listen, I don't [think this is for me]. I cannot do this,'" James said following a 110-105 loss to the Memphis Grizzlies on Monday.

And the Lakers' 0-2 road trip quickly erased any momentum they hoped to have generated from their 19-point comeback victory over the Houston Rockets in their first game out of the All-Star break last week.

With 22 games remaining in the regular season, the Lakers are tied for 10th in the Western Conference standings, trailing the San Antonio Spurs for the eighth and final playoff spot by three games.

"Like, seriously, if you're distracted by playoff pushes out of all the stuff that's been talked about this year, nah," James said. "Just come and do your job. We do our job at a high level and that's not a distraction. That's what you want. That's what you want every game. You want to feel like you're fighting for something."

After suspensions, coaching rumors, trade talks, injuries and a locker room that has appeared disjointed at times, the Memphis game was mercifully just about basketball. And the Lakers showed more fight Monday than they did in New Orleans, but couldn't bring the score any closer than two points in the fourth quarter after trailing by as many as 11.

James' career numbers took a leap forward -- he became the only player in league history to rank in the top 10 in both career scoring and career assists after passing Andre Miller for No. 10 on the assists list, and his 24 points, 12 rebounds and 11 assists moved him past Wilt Chamberlain for No. 5 on the all-time triple-doubles list with 79 -- but it came on a night when he shot just 8-for-23 from the floor with five turnovers.

Still, despite playing on a sub-.500 team the latest into a season since his second year in the league back in 2004-05 with the Cleveland Cavaliers, James expressed optimism -- a sentiment echoed by most of the Lakers' locker room.

"Just stay positive. That, you know, starts with me," James said. "I just got to stay positive. Keep knocking on the door. And I felt like if we play like we did tonight, then we got to continue that consistent effort, that will get us over the hump as we make this push."

Kyle Kuzma, who scored 22 against Memphis, noticed the change in team vibe after he challenged his teammates for their inconsistent body language in his comments to the media following the loss to the Pelicans.

"It felt different," he said. "New Orleans, thought we was just hopeless out there. We didn't really get the lead back at all, and tonight we fought. But at the end of the day, a loss is a loss and no matter what way you spin it, you still put an L in that column."

Lakers coach Luke Walton lauded his team's "effort and togetherness," and also suggested that the disappointment from the loss was necessary to dwell on between now and their next game on Wednesday hosting those same Pelicans that just beat his team.

"One game. Feel this pain. Let's not try to run from it," he said. "It should hurt that we lost, that we went 0-2 on this trip. But the only thing that matters is the next game, the chance to redeem ourselves against New Orleans. We don't need to look further than that. That's all that we can control as a group. So that's where we need our mindset to be."

Or, as Brandon Ingram, who kept up his personal sharp play with a game-high 32 points, put it: "There's a certain fire that comes out when you continue to get what you don't want. I think that's where the hurt comes from, the chance for us to win." 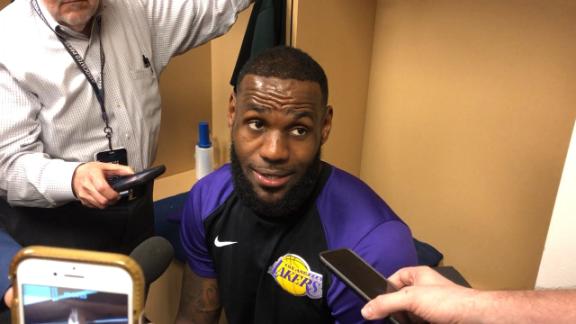