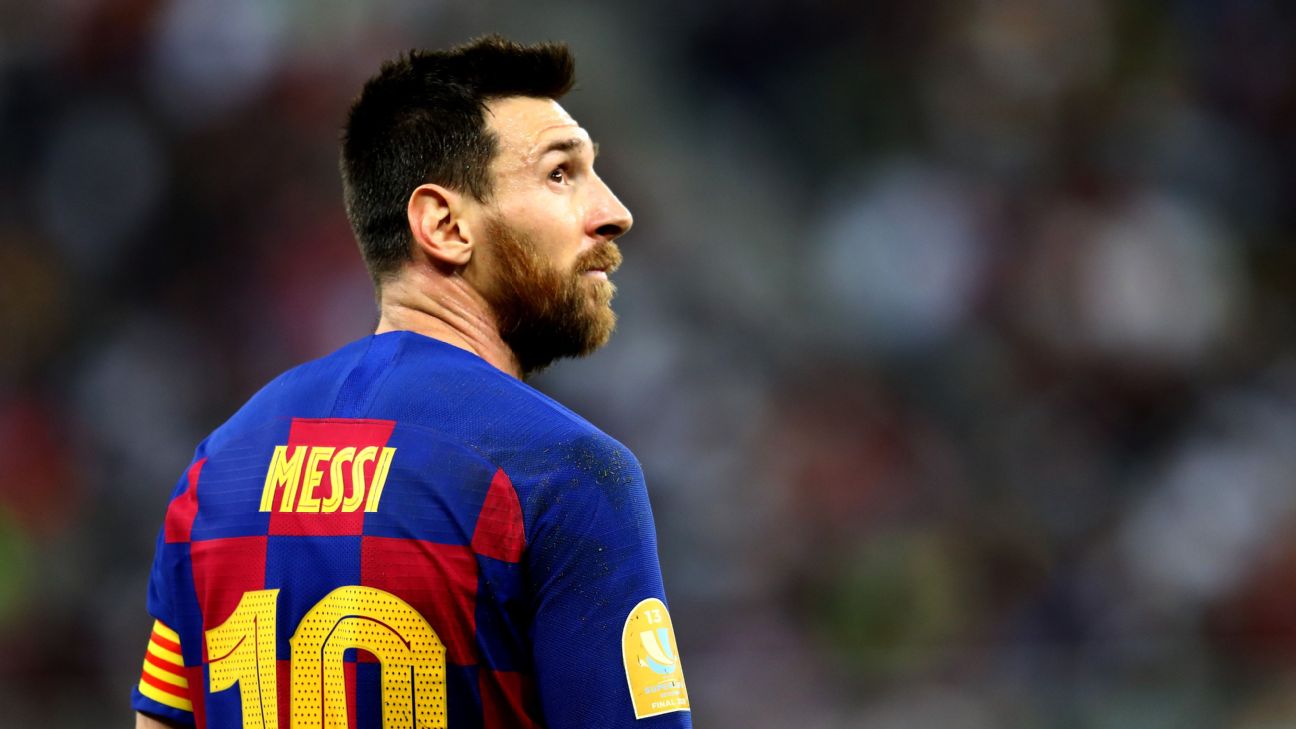 The winter transfer window is closed, but now it's time to look ahead to the summer! Here are the new rumours floating around following the Jan. 31 deadline day.

It has been fairly well documented by now, but things haven't exactly been going smoothly between Barcelona and Lionel Messirecently. Two weeks agoan outburst on Instagram raised the possibility of his leaving the cluband the fallout is still rumbling on.

But where would he go? Manchester City? A return to boyhood club Newell's Old Boys? If a report from Argentine broadcaster Radio Continental is to be believed, his destination could be MLS side LA Galaxy.

The report states that Galaxy manager and former Boca Juniors star Guillermo Barros Schelotto reached out to Messi's father, Jorge, to see how strained his son's relationship with Barcelona had become and if there were any possibility of making a change.

Messi's contract reportedly features an exit clause that allows him to leave the Catalan club at the end of each season, which would leave him free to join the Galaxy -- or any other club -- this summer.

The only hitch is that LA already have three designated players in Javier Hernandez, Cristian Pavon and Jonathan dos Santos, which means the five-time MLS Cup champions would have to get creative to find a way to fit Messi under the league's salary cap. Indeed, ESPN Argentina reports that the Galaxy want to make Pavon's loan move from Boca Juniors permanent in a deal worth around $20m.

10.10 GMT: Arsenal and Atletico Madrid are reportedly tracking Bayer Leverkusen defender Jonathan Tah, who has a 40m release clause in his contract this summer, according to Sport Bild.

Under contract until 2023, the 24-year-old Germany international must have the clause activated ahead of the 2020 European Championships, with the German outlet reporting that the Gunners are considering a bid as they look to strengthen their defence.

09.25 GMT: Barcelona expect to complete the surprise signing of Leganes' Martin Braithwaite on Wednesday after being given permission to bring in a forward outside the transfer window, sources have told ESPN.

Barca will give the striker's 18m release clause to La Liga if Leganes, who sit in the relegation zone in Spain's top flight, stick to their stance that they are not willing to negotiate. The Madrid-based club lost another frontman, Youssef En-Nesyri, to Sevilla in January and do not want to lose Braithwaite as well.

Braithwaite, 28, has already agreed terms with Barcelona and is expected join his new teammates immediately. He could make his debut on Saturday against Eibar. Leganes will not be able to sign a replacement.

Barca were given permission to turn to the transfer market by La Liga after losing Ousmane Dembele to injury for the rest of the season, but the same rule does not exist for clubs who see a player leave through their release clause.

Can, 26, arrived at the Westfalenstadion on deadline day in the January transfer window. Since then he has made four appearances, most recently in Tuesday night's 2-1 win over Paris Saint-Germain.

In the hours before kick-off in that Champions League round-of-16 first leg, Dortmund announced that the Germany international has signed a four-year contract that will begin on July 1.

08.28 GMT: Morocco international Achraf Hakimi insists his intention is to continue to play regularly when asked about returning to Real Madrid this summer.

Achraf joined Borussia Dortmund on a two-season loan from Real Madrid in June 2018 and the 21-year-old right-back has enjoyed regular playing time.He is tied to Madrid until June 2021.

Asked if he was looking forward to his return to Real Madrid this summer, Achraf, who is a reported target of Bayern Munich, Chelsea and Juventus, told Cadena Ser after Dortmund's 2-1 home win over PSG in the Champions League on Tuesday: "That's what people say and what my contract stipulates here but anything can happen in June and we will see what the summer holds."

Asked if he wants to return, he said: "In my mind all I want is to keep playing, to continue to grow as I've done up to now and to be given the chance to do so where I'm given the opportunity as they are doing here in Germany. I'm able to prove here the player that I am and more than anything, I'm enjoying myself doing what I love to do the most."

08.00 GMT: ICYMI -Paul Pogba expects to leave Manchester United this summer, but the club are determined that he will not be sold in a cut-price deal, sources have told ESPN.

Pogba was keen to leave Old Trafford last summer but was convinced to stay for at least another season by manager Ole Gunnar Solskjaer. The France international believes he will be allowed to move at the end of the campaign, with Spanish giants Barcelona and Real Madrid, or former club Juventus, his preferred destinations.

Despite Solskjaer's public declarations that Pogba will not be sold, there is a growing feeling among key figures that the 26-year-old -- along with agent Mino Raiola -- is becoming too big a distraction and will have to move on.

However, United insist privately that they will not be put on the back foot during any negotiations and are prepared to stick to their valuation of more than 150m.

Just three points separate Manchester United from fourth-place Chelsea, who occupy the Premier League's fourth and final Champions League qualification place (unless Man City's ban is upheld), and the Red Devils' win on Monday over the Londoners might have given them the momentum to catch and pass their rivals for a place in Europe's premier club competition.

For the sake of this summer's recruitment drive, doing so is vital.

The Athletic reports that United's months-long pursuit of Borussia Dortmund star Jadon Sancho could come down to whether the English giants qualify for the Champions League. Their inability to offer participation in that tournament cost them the opportunity to sign Erling Haaland in January, and he coincidentally netted a brace for Dortmund on Tuesday in their Champions League win over Paris Saint-Germain.

The good news for Man United is that they have additional targets in attack who won't be quite as particular about which level of European football they'd be playing come autumn. Aston Villa'sJack Grealish is reportedly Ole Gunnar Solskjaer's No. 1 target this summer, and the 24-year-old wouldn't be influenced by whether there will be Champions League football at Old Trafford next season.

There could soon be someone other than executive vice-chairman Ed Woodward dictating transfer strategy at Manchester United, according to the Independent. The publication reports that two names on the Red Devils' shortlist for their new technical director position are Antero Henrique and Ralf Rangnick.

Henrique spent 26 years at Porto, the last 11 in charge of the Dragoes' first-team construction. The 51-year-old has been out of work since June, when he left his position as sporting director at PSG, and is said to be in advanced negotiations to take on the role at Old Trafford.

However, there are senior figures at the club who prefer Rangnick, Red Bull's head of sport. The 61-year-old prefers that his next career move to take him to the Premier League, which is lucky for the United hierarchy, with AC Milan also reportedly interested in his services.

-- Chelsea youngster Samuel Iling-Junior could leave Stamford Bridge this summer, Football Insider reports. The 16-year-old is said to be one of the most promising talents to come through Cobham and, with his contract expiring in the summer, Bayern Munich, Paris Saint-Germain, Ajax and Schalke are queuing up to take the winger abroad for a cut-price fee. 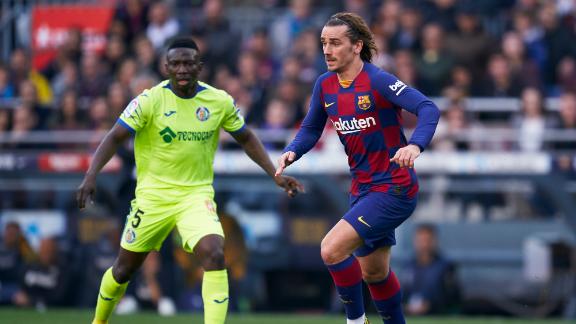 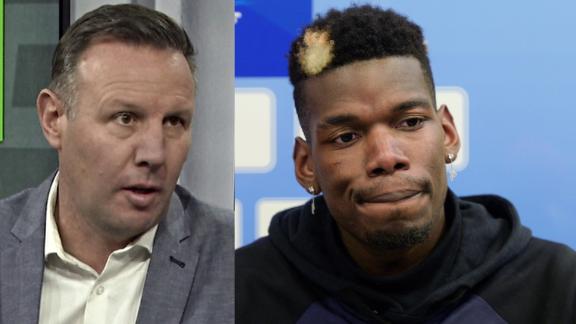