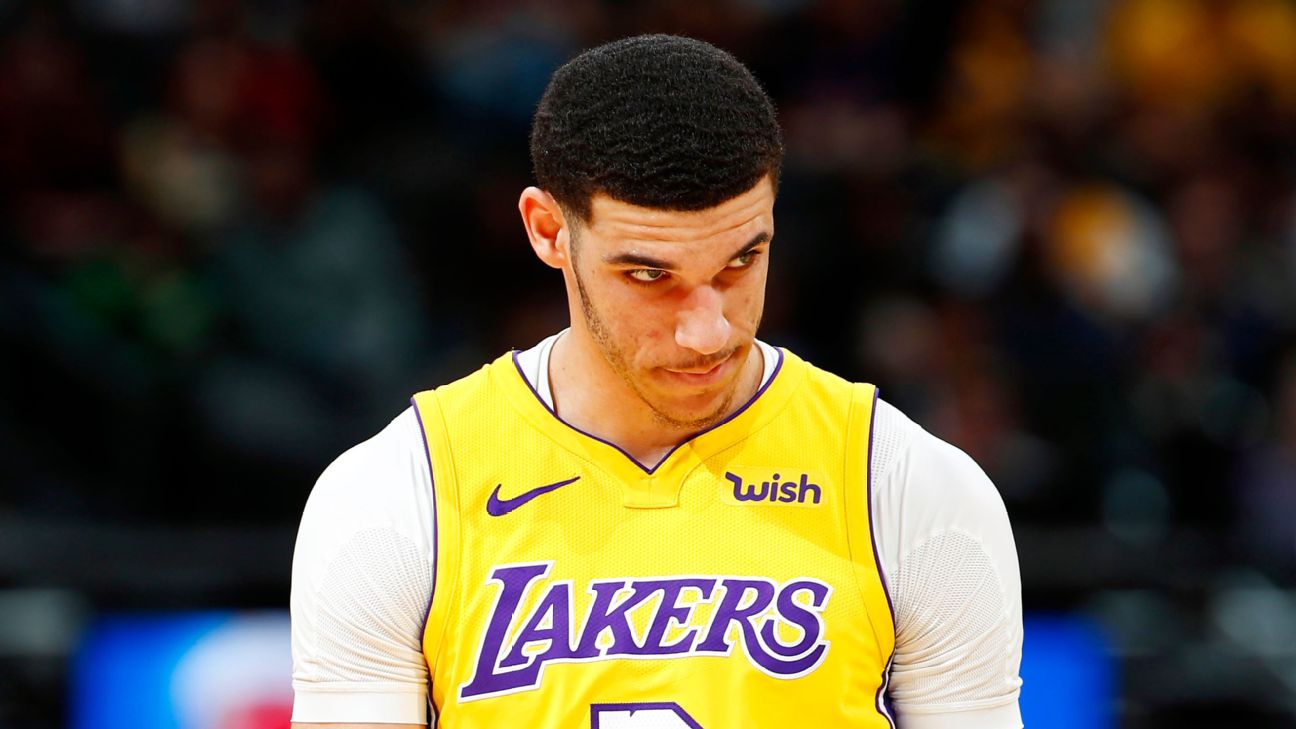 LOS ANGELES --Los Angeles Lakerspoint guardLonzo Ball continued to distance himself from Big Baller Brand, adding a new tattoo over a previous tattoo of the BBB logo on his arm.

Ball confirmed Tuesday night that he covered up his Big Baller Brand tattoo ofred and black with a new tattoo of a pair of black-and-red dice.

This comes after ESPN's Ramona Shelburne and Paula Lavigne reported that Ball had severed ties with Big Baller Brand co-founder Alan Foster over concerns that the longtime family friend has a criminal past and also had been unable to adequately account for the whereabouts of roughly $1.5 million from Ball's personal and business accounts.

A spokesperson for the Ball family's Facebook show, "Ball In The Family," told ESPN that Foster -- who was a friend of Ball's father, LaVar, and owned 16.3 percent of the Big Baller Brand company that designs, manufactures and sells shoes and clothing -- "will not be a member of the cast moving forward."
Report a correction or typo
Related topics:
sportsespnnbalos angeles lakerslonzo ball
Copyright © 2020 ESPN Internet Ventures. All rights reserved.
More Videos
From CNN Newsource affiliates
TOP STORIES