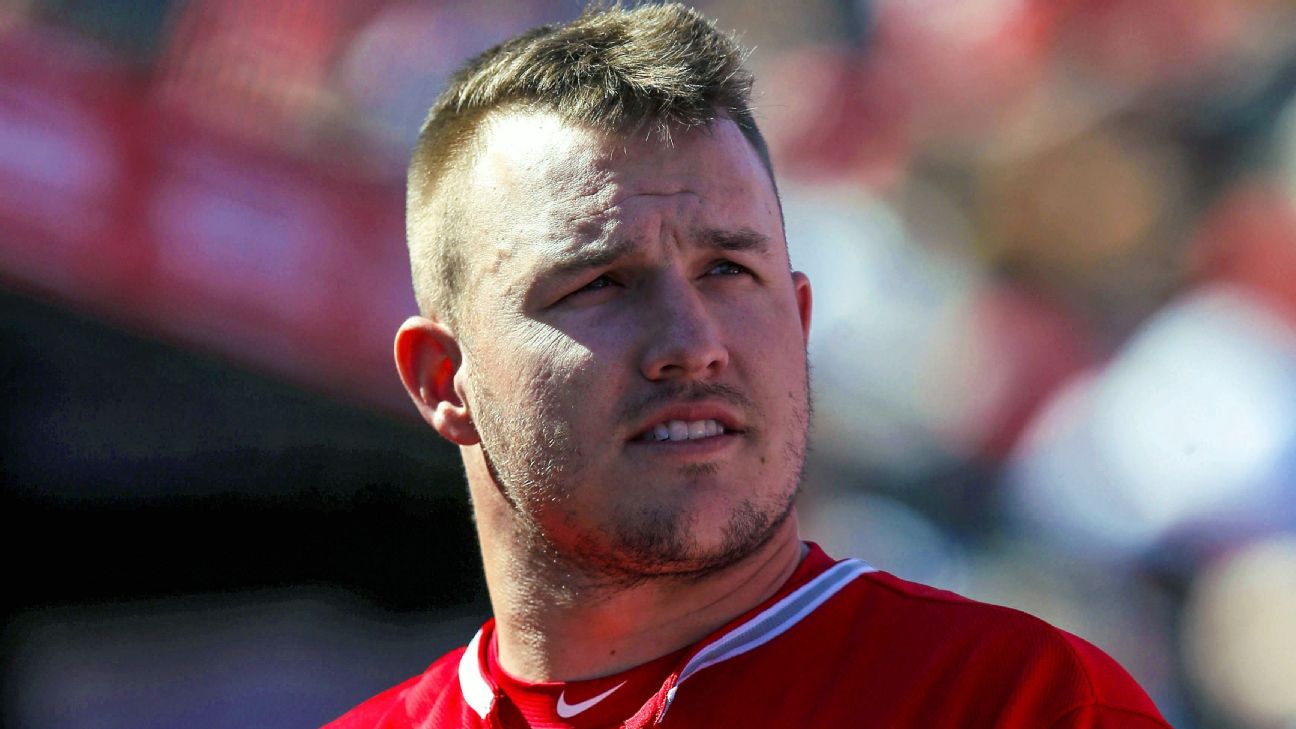 Mike Trout is committed to playing baseball in 2020 -- for now.

The Los Angeles Angels' star center fielder, and the undisputed face of his sport, expressed clear trepidation about navigating through a season in the thick of a pandemic that continues to ravage the country, largely because his wife, Jessica, is scheduled to deliver the couple's first child in August.


"Obviously sports is really big for the country right now, but we're risking our families and our lives to go out here and play for everyone," Trout said during a virtual news conference on Friday, the day most teams held their first official workouts for a 60-game season. "My mindset is to play. I wanna play. It's just a tough situation. I gotta play it by ear. You never know what can happen tomorrow or the next day, if there's an outbreak. Just a lot of questions I don't know the answers to."

Trout is among many players expressing hesitation, both publicly and privately, with Major League Baseball's ability to stage a season during a time when the United States is continually setting single-day records for coronavirus cases. California, Arizona, Texas and Florida -- states that house a combined 10 major league teams -- are all considered hot spots for COVID-19 at the moment.

Trout was among the players who initially expressed concern with MLB creating a bubble environment similar to what the NBA has implemented because he didn't want to be away from his wife for such a prolonged period. The current manifestation, in which teams will travel only to face others in their region, still makes him uncomfortable.

"Obviously with the baby coming, there's a lot of stuff going through my mind right now, my wife's mind, my family, just trying to [figure out] the safest and most cautious way to get through a season," Trout said.

"It's gonna be tough. I gotta be really cautious these next few weeks. I think the biggest thing is obviously I don't wanna test positive and I don't wanna bring it back to my wife. We thought hard about all this, still thinking about all this. It's a tough time, tough situation we're in, everyone's in, and everybody's got a responsibility in this clubhouse to social distance, stay inside, wear a mask, and keep everybody safe."

Ahead of this season, MLB put together a 100-plus-page operations manual that carefully outlined how testing would work and what everyone residing in Tiers 1 and 2 -- made up mostly of players, but also coaches, trainers, front-office executives, public relations employees and clubhouse personnel, among others -- must do to maintain social distancing and keep the virus from spreading.

Players will undergo COVID-19 tests every other day, will have their temperatures checked at least twice a day and will undergo antibody testing once a month. But the manual doesn't stipulate any sort of punishment for those who don't abide by the protocols. Players will be on their own when it comes to taking all the necessary precautions to keep a highly contagious virus from spreading, a constant discipline that must be adhered to both at home and on the road.


"It's gonna take a group effort," Trout said, "and one guy can mess this up."

While MLB and the MLB Players Association navigated through a contentious negotiation to restart the season, Trout spent a lot of his time working out with teammate Justin Upton. The two were exceedingly cautious, Trout said, and tried to stage as many of their workouts outside as possible. Trout continues to speak with his wife about potential scenarios every night and has been in constant communication with general manager Billy Eppler and manager Joe Maddon about how the season might evolve.

One of Trout's primary concerns is testing positive for COVID-19 and not being able to see his newborn son because he's in quarantine, a circumstance that might even extend to his wife.

Players who are not on the list of high-risk individuals and choose not to play this season do not get compensation or service time. But Trout, who signed a 12-year, $426.5 million extension in March of 2019, doesn't need the money or the service time that would come from putting himself at risk this season.

Asked why he would go through with it all, Trout said: "I love playing this game."

"We wanna play," he added. "And it's gonna come down to how safe we're gonna be. If there's an outbreak or something happens these next few weeks, I gotta reconsider. There's a lot of questions. Obviously I love baseball, but I have to do what's right for my family." 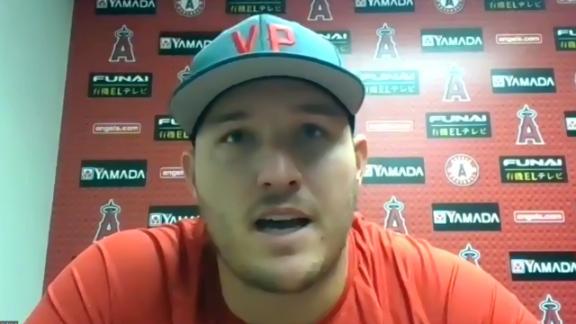