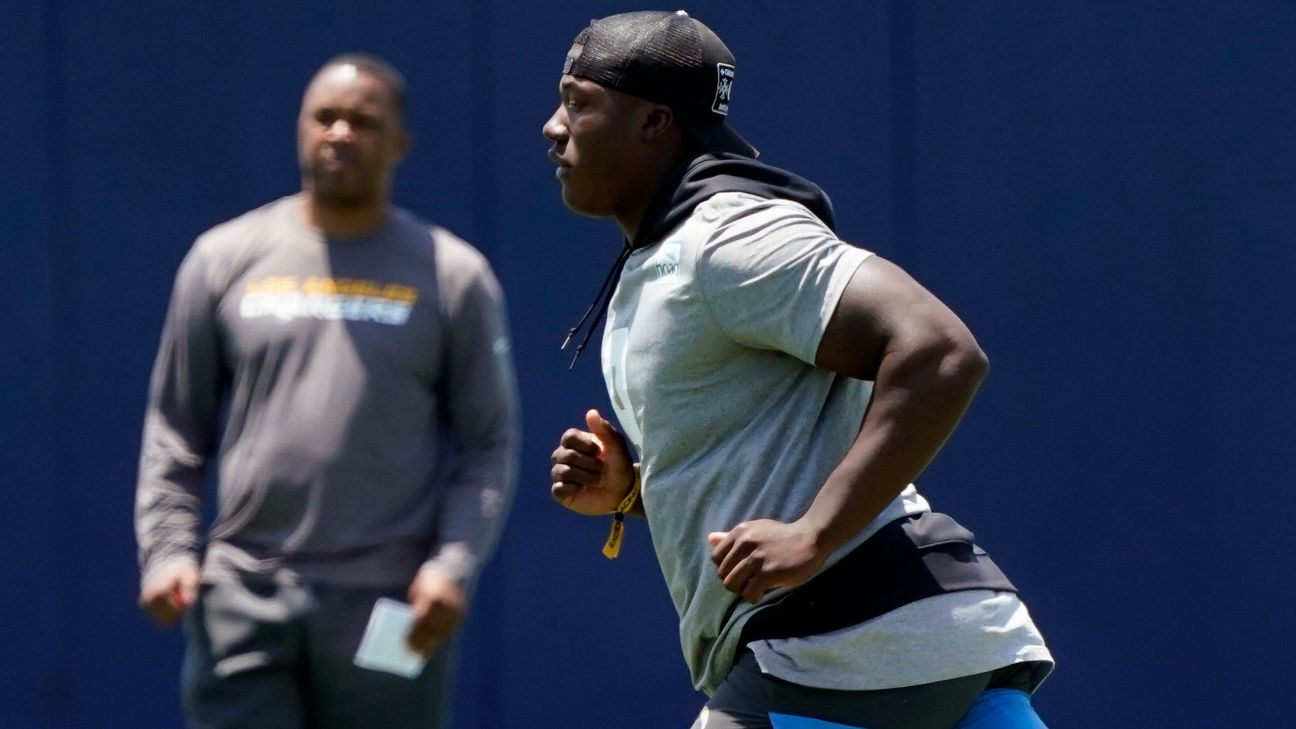 Murray rolled his left ankle during individual drills on Saturday and was carted off the practice field. It's the same ankle he injured during the first quarter of the Chargers' 20-17 loss to the Dallas Cowboys on Sept. 19.

Jones is suffering from a strained calf.

The players will miss at least three games, but with the bye week coming, they won't return until at least an Oct. 31 date vs. the New England Patriots. The Chargers signed defensive lineman Forrest Merrill and activated defensive lineman Breiden Fehoko to fill the roster spots.


Merrill, an undrafted free agent out of Arkansas State, played for the Chargers in the preseason, registering seven tackles. Fehoko, who played at LSU, appeared twice as a rookie last season.