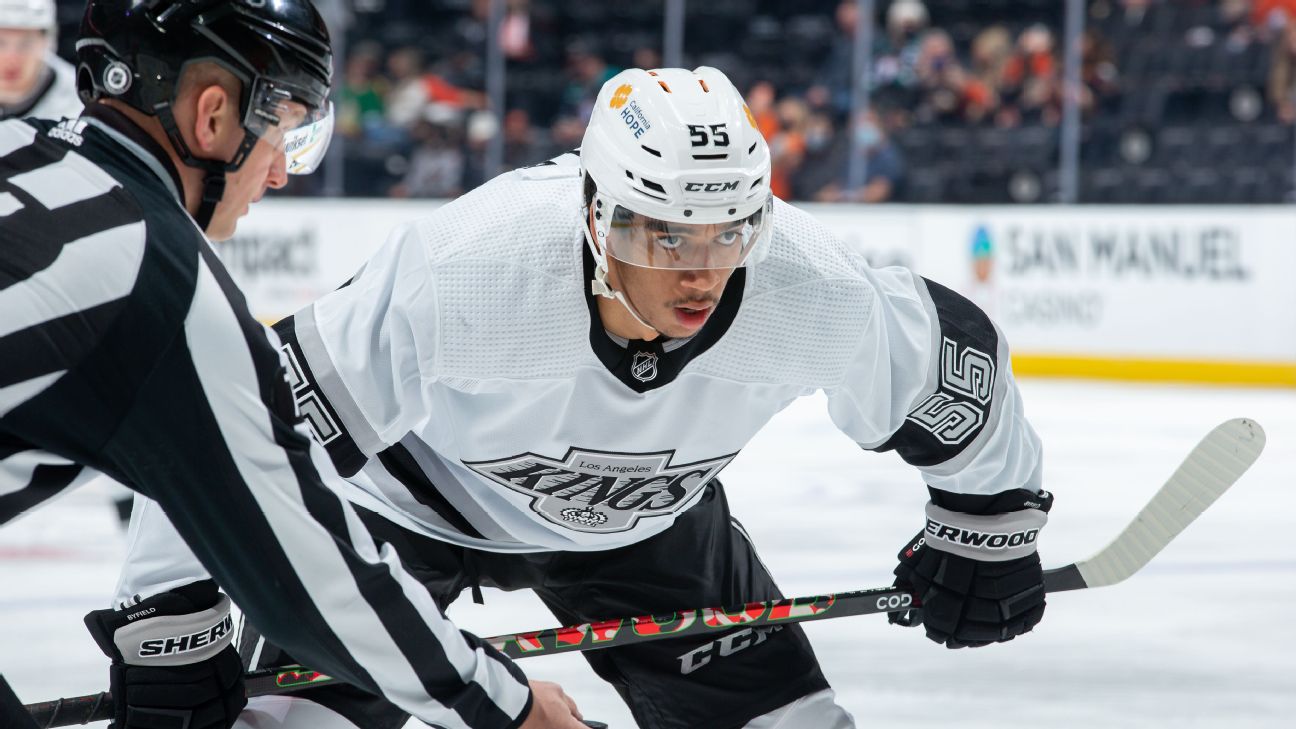 LOS ANGELES -- Quinton Byfield, the second overall pick in the 2020 NHL draft, suffered a lower body injury during the third period of the Los Angeles Kings' 4-1 loss to the Arizona Coyotes in a preseason game Tuesday night.

The 19-year-old center hit the corner boards awkwardly during a collision with Arizona right wing Christian Fischer. Byfield was unable to put any weight on his left leg and was helped off the ice.


Coach Todd McLellan said after the game that Byfield will be further evaluated Wednesday.

"It was a clean hit. It was unfortunate," McLellan said of the play. "He went into the boards. One skate went one way and one the other. It's in a corner. If it is in a straightaway, he would have got away with rolling off but there was nowhere to go. Not a dirty hit."

Linesman Ryan Gibbons also was injured at Tuesday night's game. Gibbons collided with Arizona center Liam O'Brien following the national anthem, and the start of the game was delayed as Gibbons was taken off the ice on a stretcher. His condition was not immediately known.


Byfield had an inside track to center the fourth line going into next week's regular-season opener. He spent most of last season with Ontario of the American Hockey League but did play in six games for the Kings, finishing with one assist.