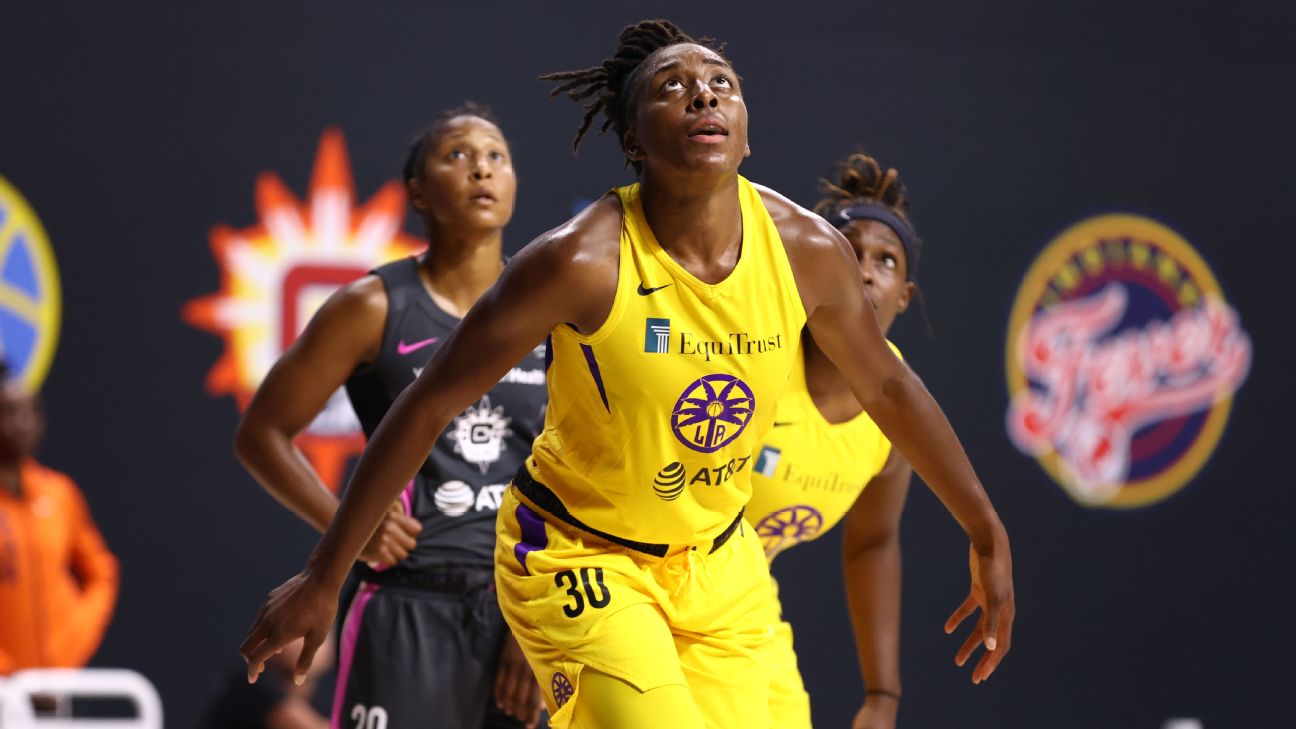 "Where do I start? We're pissed, honestly," Fisher said during a Tuesday video call with media. "Nothing has to be 'given' to her. She earned it and she deserves it. That's the most frustrating and disappointing part."


Fisher referenced the fact that in July 2019, Ogwumike was named as one of eight players who committed to participate in USA Basketball training and competition in 2019-20 rather than go overseas. The eight were essentially considered core players for the 2020 Olympics, although the Summer Games, of course, were postponed a year by the coronavirus pandemic.

Six of those eight were named to the 12-member 2021 Olympic team Monday. The two who weren't named Olympians were Ogwumike and Washington's Elena Delle Donne.

Although Delle Donne's exclusion was expected because she has been out since the end of the 2019 WNBA season with back issues, Ogwumike's was a surprise. She has taken part in every USA Basketball training or competition event over the past several years, including being on the 2014 and 2018 FIBA Women's Basketball World Cup teams that won gold medals. Delle Donne was a 2016 Olympian, but Ogwumike has never made an Olympic squad.

The core players named in 2019 had the opportunity to earn about $100,000 for their USA Basketball participation during the 2019-20 period. Fisher said by doing that, Ogwumike bypassed the chance to earn more money playing overseas. Ogwumike was also the MVP of a February 2020 tournament won by the USA.

"I don't know what else a player is supposed to do," Fisher said. "She's been an All-Star six times in the last 10 years. She's been MVP of the league, a champion in the league, one of the faces of the league."

USA Basketball officials generally do not make details public on why players were not chosen. But U.S. coach Dawn Staley, who is not on the selection committee, indicated Monday that Ogwumike's current knee injury played a large role in her not making the team.

"It really breaks my heart that Nneka is not on this team," Staley said Monday in a video call with media. "I mean, if we had to make a decision a month from now ... I'm sure she would be healthy."

However, the announced timeline of Ogwumike's injury would have her returning to action before the Olympics. It was announced on June 3 that she had suffered a Grade 2 knee sprain and could be out four to six weeks.

If it was four weeks, that could still get Ogwumike back on court the first week of July, several days before USA training camp begins in Las Vegas around July 13. The Americans' first game at the Olympics is July 27.

Fisher said to his knowledge, USA officials had been in contact with Ogwumike to get updates on her health. Ogwumike, who turns 31 on July 2, has yet to speak publicly about her Olympic omission.


"You can try to throw the injury out there if you want to; I'm calling BS on that, too," Fisher said. "The timeline doesn't add up for her being unavailable to play during the Olympics. We respect other players, happy for the ones that made it. But no way you can tell me you put a team together and leave Nneka off of it, and try to say it makes sense and adds up, because it doesn't."

With the immense strength of the U.S. women's team, which has won six consecutive gold medals and last lost in Olympic play in 1992, there are always snubs every Olympic cycle because the talent pool is so big. Ogwumike being left off has drawn attention, though, for multiple reasons.

It's the second consecutive Olympics in which at least one prominent player for the Sparks was left off the roster. In 2016, two-time Olympian and two-time WNBA MVP Candace Parker, a longtime Sparks player now with Chicago, was not selected. Neither was Ogwumike, who ended up being the season MVP while Parker was WNBA Finals MVP in 2016 as the Sparks won the league championship.

Parker, asked Tuesday afterChicago's win over New York aboutthe omission of her former teammate, said she thinks "politics" played a role and that they did with her own Olympic omission in 2016, which ended her national team career.

Parker will be part of NBC's broadcasting team for the Summer Games.

Ogwumike didn't get consideration for her MVP performance in 2016 because the Olympic team was selected in late April 2016, before the WNBA season started. That said, she was coming off a strong 2015 season in which she was an All-Star and on the WNBA's all-defensive team.

The 2016 Olympic team election was two months earlier than this year, even though the Rio Games were held two weeks later in the year than the Tokyo Games will be. The reason was USA Basketball was encouraged to name its 2016 team 100 days out from the Rio Olympics to maximize media exposure.

Ogwumike also didn't make the 2012 Olympic team, which also was picked in April. She was the No. 1 draft pick out of Stanford and WNBA Rookie of the Year in 2012. Team USA took Diana Taurasi (2004), Parker (2008) and Breanna Stewart (2016) to the Olympics in their rookie seasons when they were No. 1 picks.

Ogwumike has been one of the most prominent WNBA figures off the court for her role as president of the executive committee for the players union. In 2020, she was instrumental in helping the union and league reach a new collective bargaining agreement and getting the players to agree to live and compete in the bubble in Bradenton, Florida, because of the pandemic.

After Tuesday's Sun game, Miller was asked about the decision-making process for the Olympic team. He said Callan should be the speaker for the selection committee about the makeup of this year's team. A USA Basketball spokeswoman confirmed Tuesday that as a policy, Callan does not address specifics on players who weren't selected but didn't disagree with Staley's assessment that Ogwumike's current injury was a large factor.

Miller did add, "Ultimately, you're trying to put together the best team possible to allow the coaching staff to have success. Every coaching staff every four years is a little bit different ... their desires of how to build a team and what their preferences are. You try as a committee to understand the philosophical beliefs of that coaching staff.

"It's really, really difficult, with some injuries, and trying to put together that best roster."

Ogwumike will be 34 when the next Olympics roll around, meaning this might be her final chance to make the squad. There are, however, three players on the team this year who are 35 or older: Seattle's Sue Bird (40), Phoenix's Taurasi (39) and Minnesota's Sylvia Fowles (35). None of them is an Olympic first-timer, though.

Fisher was asked how he thinks Ogwumike will deal with this disappointment.

"I think it's going to be tough, because she's always asked to be the one to take it on the chin and take the high road," he said of her past omissions from the Olympic team. "To be the one that leads by example and does everything everybody asks her to do and sacrifices her mental and physical well-being for everybody else all the time -- for the reward to be getting looked over, again, by the same group of people for the most part.

"What makes her unique and really special is she does have that inner strength and fortitude. I think she's going to continue to go about her business the way she always does and continue to be a professional. [But] to think about what Nneka means to the league, has accomplished and will continue to accomplish, and to think that she might go through her career and never play for Team USA in the Olympics is a freaking travesty." 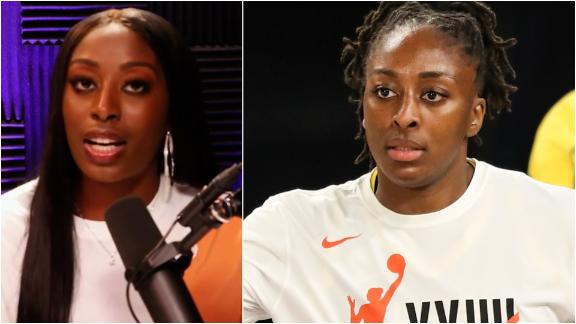