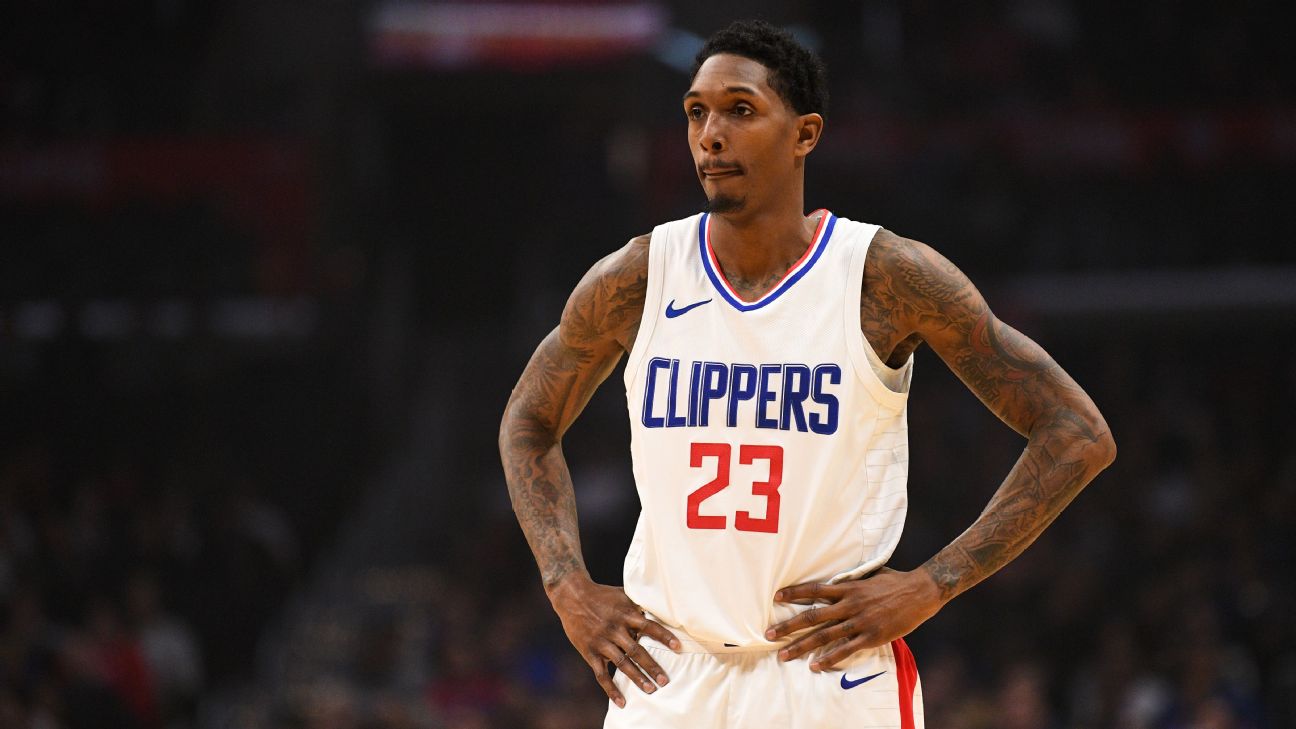 LA Clippers guard Lou Williams said emotions were running high and that the Clippers "didn't really know our positions" on ending the NBA season when the players discussed the possibility last Wednesday.

"We spoke, we had one opinion, and we spoke again, we had a different opinion," Williams said of the Clippers' thinking during that tense meeting among players. "As far as the decision that the Clippers made, it was never a decision. It was a poll being taken in the room."


Williams said the initial poll taken by players was supposed to include a healthy discussion with teams explaining why they felt the way they did.

But Williams said the meeting was very emotional and that talk never took place on Wednesday night. The Clippers were left to figure out what they truly wanted to do after initially polling in favor of not continuing the season.

"So we never had an opportunity to really explain our position," Williams said. "Truth be told, we didn't really know our positions."

"It was a frustrating time," he added. "We felt like we should take a strong stance on things that were going on outside of the bubble in real life, and we just didn't really know how to express that at the time. Thursday we let cooler heads prevail, and I feel like we made the decision that best fit us."

The Clippers and Los Angeles Lakers voted on perhaps not continuing with the postseason when polled during that initial meeting, sources told ESPN's Adrian Wojnarowski. On Thursday, players voted to continue playing.


Before the NBA restarted in late July, Williams was "50-50" on resuming the season in Florida. The reigning Sixth Man of the Year didn't want to distract from the protests against social injustice and the Black Lives Matter movement by playing basketball and providing a form of entertainment.

Williams said that players were feeling "overwhelmed" inside the isolation of the NBA bubble last week. Players and coaches were frustrated and angry after Wisconsin police shot Jacob Blake, a Black man, seven times in the back in Kenosha, Wisconsin.

"Everything that we're dealing with is overwhelming," Williams said. "We're inside of a controlled environment, outside of yesterday, without our families. We're expected to entertain you guys, save the world, speak up on issues that are very personal. That hits home for us. We're overwhelmed. So I think a lot of our opinions and a lot of our feelings reflected that last week, and we had another opportunity to speak again as a group and decided to make a decision and continue to use our platforms.

"... It was an overwhelming few days," Williams added. "I'm glad that we got some positive steps out of it to continue on to fight for social injustices to people of color, people in general who have dealt with police brutality. I was happy that out of everything ... we were able to provoke some change, so I was proud in that aspect."
Report a correction or typo
Related topics:
sportsespnnewslou williamsla clippersnbaworld world
Copyright © 2022 ESPN Internet Ventures. All rights reserved.
TOP STORIES
Nurse dies days after being attacked at DTLA bus stop
1 killed in fiery multi-vehicle crash on 105 Freeway in Paramount
SoCal coastal areas see damage from tsunami surge
Expect more worrisome COVID variants after omicron, scientists say
3 people killed after car flies off 210 Freeway in Pasadena
Legendary KABC Radio host Michael Jackson dies at 87
Celebrated Tuskegee Airman Charles McGee dies at 102
Show More
Lori Loughlin, Mossimo Giannulli's Hidden Hills home burglarized
FBI identifies hostage-taker at Texas synagogue
LA County reports 53 new COVID deaths, 43,883 more cases
Police increase patrols near synagogues in LA and Beverly Hills
Man fatally stabbed while breaking up fight in Koreatown
More TOP STORIES News