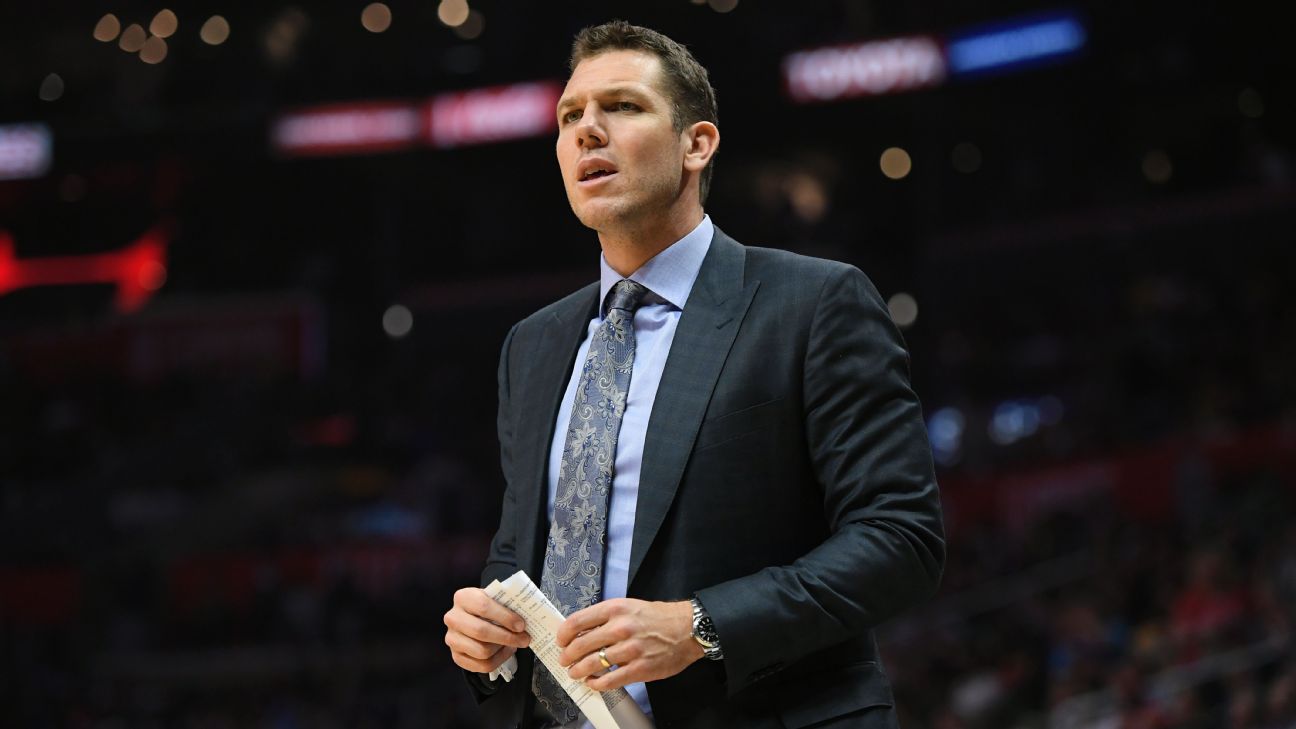 OAKLAND, Calif. -- A tense postgame scene unfolded in the Los Angeles Lakers'locker room at Oracle Arena on Saturday following a 115-101 loss to the Golden State Warriors, when coach Luke Walton challenged several players because of their selfish approach to the game and they went back at their coach, sources told ESPN.

The Lakers, playing without LeBron James, who was a late scratch because of soreness, led 81-71 midway through the third quarter before the wheels came off, getting outscored 44-20 the rest of the way.

Sources told ESPN that Walton criticized veterans for contributing to the Lakers' downfall by not playing a team game and making poor decisions in crunch time.Michael Beasley and JaVale McGee, in particular, took exception with the feedback.

The veterans -- both signed to the Lakers on one-year contracts this past offseason -- countered Walton's criticism by expressing frustration with Walton's inconsistent rotations this season, sources told ESPN.

The confrontation, earlier reported by The Athletic, was "heated," according to a source but calmed down rather quickly. Beasley, who also got into a verbal spat on the sideline with Walton during the Lakers' 138-128 overtime victory in Oklahoma City on Jan. 17, repeatedly referred to Walton as "bro" during the exchange Saturday, which touched a nerve with the coach, a source told ESPN.

Less than a week before the Thunder game, McGee publicly called out Walton's lack of defensive adjustments in the Lakers' 113-95 loss on the road to the Utah Jazz. Walton and McGee met privately not long after to quash the issue.

A source familiar with Saturday's confrontation downplayed its significance, telling ESPN's Ramona Shelburne, "It never got close to getting out of control, people are always emotional after a loss." And a source present for the incident told ESPN's Ohm Youngmisuk that initial reports of the discord were "way overhyped."

Another source with knowledge of the postgame disagreement backed Walton's message. "It sounds like it had to be said," the source told ESPN.

The Lakers shot 7-for-28 from the field in the final quarter and a half Saturday, racking up only three assists on those baskets and committing seven turnovers. Beasley went 0-for-2 in that stretch and McGee went 1-for-1 and also committed a turnover.

Lance Stephenson, who went 1-for-5 with three turnovers during the unraveling, disputed his involvement in the postgame dustup, writing on Instagram: "Media decided to add Lance Stephenson ... I'm in a very happy place ... Nothing but positive. If u going to write a story get the real facts please."

Walton spoke to reporters after the game about his message to his team when the Warriors were making their run.

"Everything we talk about, everything we work on, we have to even do that much better," Walton said. "The ball movement, it's natural when guys, if the other team is on a run or they step up their defense, to try to go 1-on-1. But that just makes the other team's defense better. So we got to continue to be aggressive, attack but also to create for others."

The Lakers have Sunday off before flying to Indianapolis on Monday for a four-game trip against theIndiana Pacers, Boston Celtics, Philadelphia 76ers and Atlanta Hawks before the All-Star break.

Adding to the pressure the team might feel at 27-26 and chasing a playoff berth in the Western Conference, the NBA trade deadline is this Thursday, and most of the Lakers' roster has been included in trade rumors surrounding the team's pursuit of New Orleans Pelicans superstar Anthony Davis.

Lakers point guard Rajon Rondo was asked after the Warriors game how players are handling the situation.

"They seem pretty fine," he said. "They're still in the gym working. They know at the end of the day they'll still have a job in the NBA regardless of where it's at. They're learning in this league that trade talks happen all the time and each year that they'll be in the game they'll understand that it's a business." 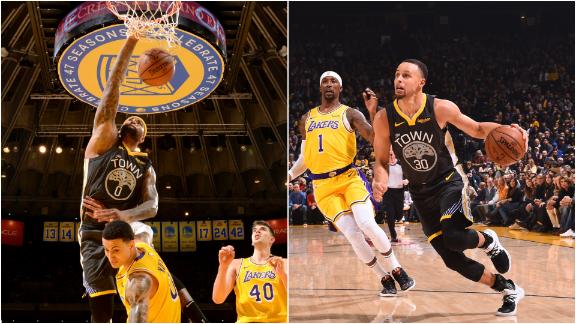