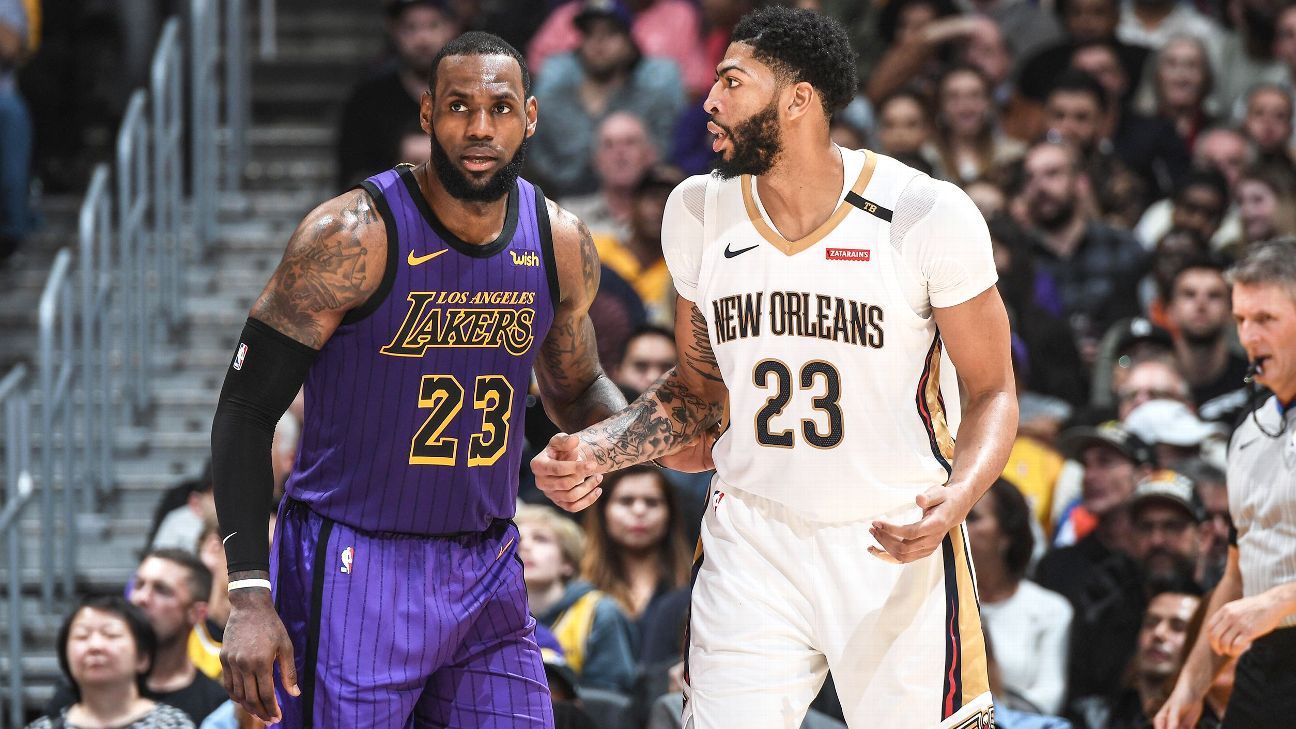 The New Orleans Pelicans are engaging with the Los Angeles Lakers in talks on a trade for All-NBA star Anthony Davis, but president Magic Johnson must overcome a significant desire within the Pelicans organization to let Thursday's deadline expire with Davis remaining on the roster, league sources told ESPN.

Set against the 3 p.m. ET Thursday trade deadline, this process has transformed into a high-stakes game of leverages, postures and bluffs among several organizations and Davis' agent, Rich Paul of Klutch Sports. So far, the Lakers have felt that conversations with New Orleans have been one-sided, and they are growing increasingly pessimistic about the Pelicans' willingness to make a deal with them, sources with knowledge of the discussions told ESPN's Ramona Shelburne.

The Pelicans haven't countered the Lakers' offers but do have expectations that Johnson will overwhelm them with young players and a historic haul of draft picks. To New Orleans, that means four first-round and second-round picks as part of a trade package, league sources told ESPN. The Pelicans want to be compensated -- perhaps even overcompensated -- for bypassing the chance to open up the process in the offseason and delivering Davis to the Lakers now.

The Lakers are currently offering the Pelicans a package that includes forwards Brandon Ingram and Kyle Kuzma, guard Lonzo Ball and two first-round picks, as well as a willingness to absorb the remaining $12.7 million on Solomon Hill's contract in the 2019-20 season, league sources told ESPN.

Johnson delivered the offers in multiple phone conversations with New Orleans general manager Dell Demps on Monday, sources said. If nothing else, the Lakers have embarked on a more ambitious bid for Davis, 25, than they made for Paul George or Kawhi Leonard in recent seasons after those players asked for trades with full years left on their contracts. The Lakers are fighting both the clock on Thursday's trade deadline and the Pelicans' ability to hold onto Davis into the offseason, when there could be several new scenarios available to them.

Paul seems to have made some inroads into tightening the trade market on the Pelicans, limiting what some rivals might be willing to offer based on the fear of losing Davis as a rental in 2020 free agency. Paul has worked to keep the process moving toward a perception of inevitability on Davis' preferred future destination, the Lakers, where he could join another Klutch client, LeBron James.

The Pelicans did learn Monday of a new, extended list of teams that Davis is willing to stay with long term upon being traded, including the Milwaukee Bucks and LA Clippers, league sources said. Those teams have yet to make offers for Davis and likely don't have the assets to make a deal happen, league sources said.

Paul is providing the Pelicans with clear options beyond the Lakers, but questions are being asked about those teams' ability to make compelling offers to the Pelicans. The New York Knicks were on that extended list, but they were rejected in their offer of a package centered on Kristaps Porzingis prior to his trade to Dallas, league sources said.

New York has not re-engaged with New Orleans on Davis since the Porzingis trade on Tuesday, sources said. Absent from the new list are the Boston Celtics, league sources said. The Celtics are unable to trade for Davis until July 1 as long as Kyrie Irving is on the team's roster, based on the fact that they both are under the provision of the designated rookie extension.

Nevertheless, the Celtics remain determined to acquire Davis after the season, and Celtics GM Danny Ainge has directly urged Demps to wait until the offseason, when the Celtics have promised to be aggressive with their wealth of draft and player assets to try to acquire Davis, league sources said. Ainge is eager to trade for Davis and pair him with Irving, sources said.

Boston's plan to pursue Davis remains unaffected by whatever decision Irving might make in summer free agency, league sources said. Irving, 26, previously said he planned to re-sign with the Celtics in the summer but has recently wavered in public on that promise. Although the Celtics can't be sure about Irving's forthcoming decision in July, they remain confident that he'll choose to stay in Boston, sources said. The Celtics also believe that a deal for Davis will help solidify his confidence in re-signing with the organization, sources said.

Still, Davis' camp has been engaged in an aggressive campaign to push back on the possibility of the All-Star center's future in Boston, encouraging the Pelicans to do a deal with the Lakers or another preferred team prior to Boston's chance to become active in deal talks in the offseason. The best chance Davis has to force his way to the Lakers is creating a level of chaos and uncertainty in the marketplace about his privately stated wishes. The league's landscape is certainly feeling the tremors of the campaign by Paul and Davis.

For now, the Lakers' pursuit has several factors working against it. As the Lakers elevate their offer, including more top young players and even more draft picks, they'll keep closing the gap. Until then, New Orleans is curious about whether the Celtics might include young star Jayson Tatum in an offseason trade along with a package of first-round picks, sources said.

The Celtics could have access to four first-round picks in the June draft. New Orleans is determined that any deal for Davis will include a young player returning to them who has the potential to become an All-NBA performer -- a first-, second- or third-team player, sources said. The Pelicans could wait until the draft lottery in May, when they'll have a better idea of when and how Boston's protected picks in deals with Philadelphia, Memphis and the Clippers could be conveyed in a deal.

Also, the Pelicans could risk improving their draft status and costing themselves the ability to get a higher pick in the draft by bringing back the core of young Lakers players. There's a real possibility that the Pelicans and Davis could agree on a limited playing schedule post-trade deadline, but that's undetermined.

What's more, there's a small possibility that the Knicks could win the draft lottery and become viable candidates for a trade. There are also always three- and four-team trade scenarios that could open up new player and draft-pick possibilities to the Pelicans in the offseason. The Pelicans believe that the Lakers' bid at the trade deadline will still be available to them in the offseason, sources said. Several rival GMs believe that New Orleans could use the Lakers' final offer at the deadline as the baseline for offers in the offseason.

Davis, who requested a trade a week ago through Paul, can't become a free agent until July 2020. He has no plans to sign an extension with any team this summer, expecting to do so when he becomes a free agent. Davis informed the Pelicans that he wouldn't sign a five-year, $239 million supermax contract this summer or next. 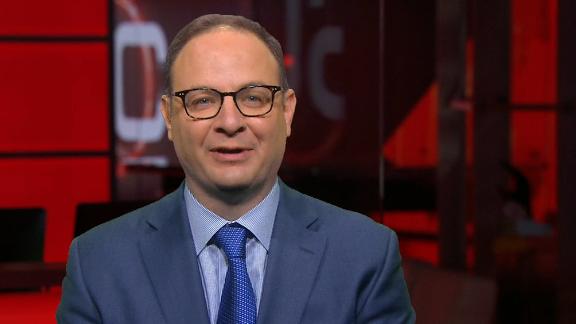