Marcus Morris Sr. denies trying to injure Luka Doncic: 'One thing I am not is a dirty player' 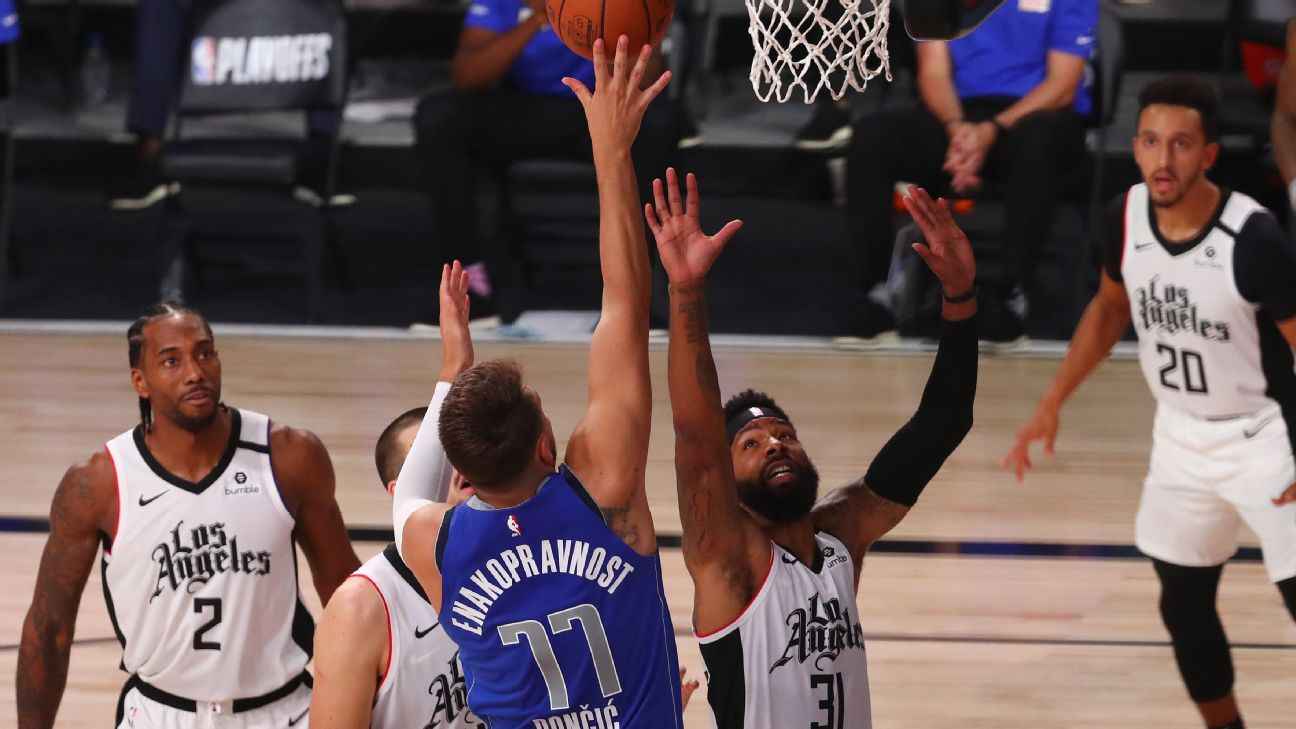 Marcus Morris Sr. and Doc Rivers said it is "absolutely absurd" that anybody would suggest the LA Clippers power forward would intentionally try to hurt Dallas Mavericks star Luka Doncic.


"Somebody would actually really like try to make a case for me trying to hurt another player intentionally," Morris said of why he felt the need to initially defend himself on social media after Game 5. "I stand on respect, morals and hard work, and my family watching [me play] this game. I approach this game with the utmost respect for every player. I have been in many battles with great players and not once have I ever tried to do anything dirty as far as taking a player out of a game. ... Luka is a great player for years to come but to try to disrespect my character, I felt the need to speak on that."

"One thing I am not is a dirty player," Morris added. "And I hang my hat on being a hard worker. I am a respected man in this league and I hope that people look at that and know me as who I am and I would never go that far, trying to hurt somebody. I just think that's absurd and it's just too far."

Rivers was upset that anyone would push the narrative that Morris tried to step on Doncic's injured left ankle on purpose when Morris jogged from the left wing toward Doncic after a made basket by the Clippers early in the third quarter. Morris' left foot landed on the back of Doncic's left foot, knocking Doncic's shoe off, and the Clippers forward was called for a loose ball foul on the play.

"The Marcus thing is absurd," Rivers said Wednesday. "I don't even know why we're actually talking about it other than someone is trying to -- whoever it is is trying to push some type of narrative. That to me, I was shocked when I -- I didn't hear it until this morning. It's absolutely absurd, whoever is pushing that."

A source told ESPN that the Mavericks also requested the league office review a possible uncalled landing space violation on a 3-pointer Doncic made over Morris with 9:33 remaining in the third quarter. Doncic grimaced as he backpedaled down the court after the shot.

"There's no place for plays like that in our game," Mavs coach Rick Carlisle said when asked Wednesday about that play. "The league has the ability retroactively to look at that and determine whether they felt it was intentional or not. Look, I don't know what goes through Morris' head. I know he came out and had some tweets last night or whatever.

"As hard as he's working on this and as much as he wants to be out there, I'm personally not optimistic about this," Carlisle said. "We'll see where we are tomorrow. I hope I'm wrong."

Morris made it clear that anyone who thinks he is a dirty player is wrong.

"I have never been a guy that tries to take somebody out," Morris added. "I honestly didn't even know he had a left ankle injury. I have a son coming, I have kids. I have my family here. I just felt like to try to find a narrative, try to create a story, I just felt like it was too far and I won't [let someone] disrespect my character like that."
Report a correction or typo
Related topics:
sportsespnnewsmarcus morris srdallas mavericksla clippersnbaluka doncic
Copyright © 2021 ESPN Internet Ventures. All rights reserved.
TOP STORIES
TX mother, boyfriend arrested in case of 9-year-old's decomposing body
LA creates basic-income program to help 3,000 families
Family of man killed by Tustin police wants officer behind bars
Kobe crash photo lawsuit: Sheriff, fire chief ordered to testify
LA, Long Beach ports to fine companies for lingering containers
Violent brawl breaks out at Miami dog show
All migrant children at Pomona shelter reunited with family, sponsors
Show More
Pandemic drinking leads to spike in liver transplants
Political comedian Mort Sahl dies at 94
Los Angeles city employees have until Dec. 18 to get vaccinated
Investigators identify people found dead inside home on Balboa Island
LAPD investigating alleged sexual assault of student at Hamilton High
More TOP STORIES News