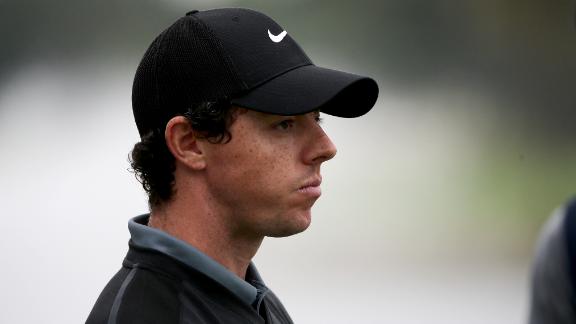 PALM BEACH GARDENS, Fla. - Rory McIlroy's 2015 U.S. debut ended quickly at the Honda Classic, where he was projected to miss the cut on Friday after shooting rounds of 73-74 at PGA National.

McIlroy's total of 7 over par was well outside the projected 36-hole cut line, which won't be determined until Saturday due to weather delays.

By then, McIlroy will likely be enjoying some time off at his nearby home. He said he'll resume practicing over the weekend after missing a cut for the first time since the 2014 Irish Open.

"Yeah, I'm pissed off," said McIlroy, who would miss his first cut in the United States since the 2012 U.S. Open. "I don't like missing cuts. You want to be playing on the weekend, and I'm not there. Well, I'm here; I'm home. I'm not going to be playing this weekend -- which is not nice."

Nonetheless, it is interesting to compare McIlroy's numbers to those ofTiger Woods, who last month missed the cut at the Waste Management Phoenix, just the 13th time worldwide and 12th on the PGA Tour.

Phil Mickelson, who did not complete his second round, has missed 72 cuts as a pro on the PGA Tour.

"I guess after coming off a three-week break, felt a little ... I wouldn't say rusty, but just not quite on top of my game yesterday," McIlroy said. "And then today, I felt like I was trying to get something going and couldn't. Coming off three weeks off and playing in conditions like these, it sort of shows you where your game's at.

"Just got to regroup and put some work in and get ready for Miami next week."

McIlroy, 25, will play the WGC-Cadillac Championship at Doral, the first World Golf Championship event of the year. After a week off, he will play the Arnold Palmer Invitational, expected to be his final event before the Masters, where the No. 1-ranked player in the world will arrive with a lot of attention, regardless of his form.

Prior to this event, McIlroy had four victories and four runner-up finishes in his last 12 worldwide starts, including a win three weeks ago on the European Tour in Dubai.

But McIlroy could never get on track at PGA National. He double-bogeyed his first hole on Thursday and ended up with a 73. After bogeying his first hole Friday morning, he endured two rain delays and managed just one birdie. Consecutive bogeys at the sixth and seventh holes (his 15th and 16th) pretty much ended his chances of playing on the weekend.

"Usually I'm good at taking it from the range to the course," McIlroy said. "That's never really been a problem with me. But this week, it was funny, it felt like the first tournament of the season when I've actually played two events."

Patrick Reed recovered from a double-bogey early in his round by playing bogey-free the rest of the way for another 67. He was the clubhouse leader at 6-under 134. None of the late starters had enough light to play more than 12 holes before the second round was suspended by darkness.

Brendan Steele birdied all four holes he played and was at 8 under.

Rory Struggles In Second Round Of Honda Classic
Rory McIlroy's second-round score of 74 left him projected to miss the cut at the Honda Classic. 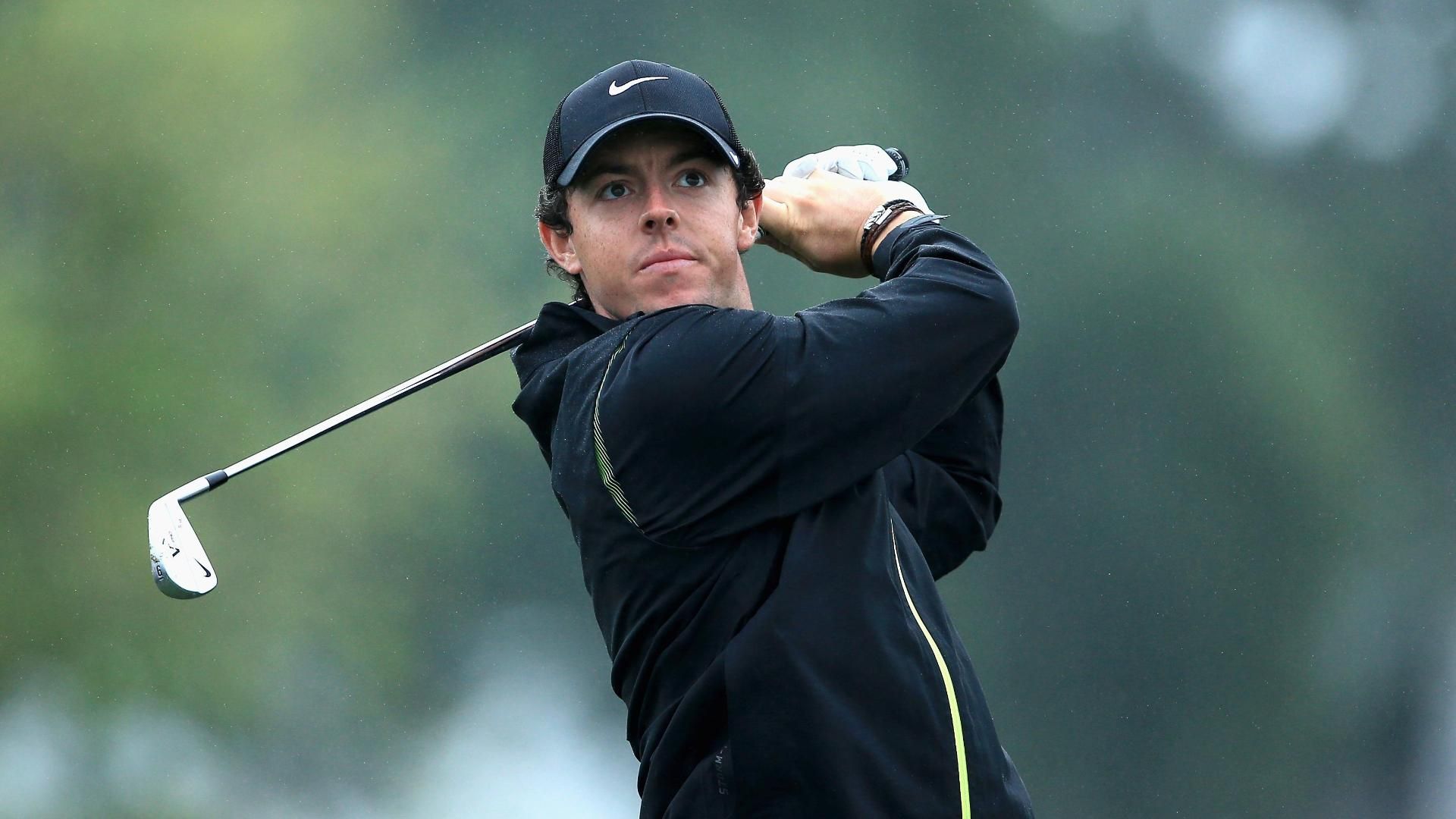 McIlroy Rusty, Projected To Miss Cut
Rory McIlroy discusses the struggles he faced in his 2015 PGA Tour debut and bogeying three of his last four holes on Friday at the Honda Classic.