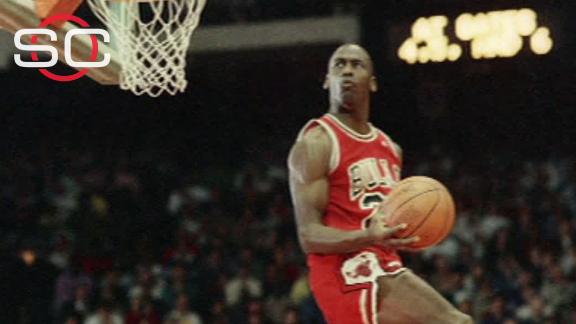 Six years after it asked America who the best athletes of all-time were, the Harris Poll released its most recent results on Wednesday, and there's at least one constant: Michael Jordan.

Jordanwas once again on top of the survey, followed by Babe Ruth and Muhammad Ali, who each moved up one spot from their 2009 rankings.Tiger Woods, who in 2009 held the No. 2 spot, fell to No. 8. Rounding out the top five wereSerena Williams, who wasn't ranked six years ago, andDenver Broncos quarterback Peyton Manning, who jumped from No. 8 to No. 5.

FormerSan Francisco 49ers quarterback Joe Montana was ranked as the sixth-best athlete of all time, the same spot he held in 2009.

LeBron James swapped spots with Wayne Gretzky, with James moving up to No. 7 and Gretzky falling to No. 10. Tom Brady made his first appearance on the list at No. 9.

For Brett Favre, who was No. 5 in 2009, either a less-than-stellar career finish or not being on the playing field anymore affected his ranking, and he no longer appears on the list. Also gone are Ted Williams, ranked No. 8 in 2009, and Hank Aaron, who had been No. 10.

Aaron did still appear on the list of best baseball players of all time, at No. 2, right behind Ruth. Mickey Mantle was in third, followed by a three-way tie for fourth with Willie Mays, Ted Williams and Pete Rose. Montana was voted the greatest football player, followed by Brady, Manning, Walter Payton and Jim Brown. In 2009, Favre was voted the greatest NFL player of all time.

Jordan also was ranked the greatest basketball player, ahead of Wilt Chamberlain, who jumped from No. 4 in 2009 to No. 2. LeBron made his debut at No. 3, jumping past Bill Russell and Kareem Abdul-Jabbar. Magic Johnson and Larry Bird dropped off the NBA top five.

Tiger Woods, despite dropping on the main list, still remained the world's greatest golfer, according to those polled. Arnold Palmer and Jack Nicklaus swapped 2nd and 3rd, andPhil Mickelson remained No. 4. Ben Hogan was No. 5, the spot previously held by Bobby Jones.

The only sport that went unchanged over the last six years was soccer. Pele, Lionel Messi, David Beckham and Diego Maradona were the top 4, and Mia Hamm and Cristiano Ronaldo tied for fifth.

The Harris Poll also asked sports fans what sport they followed. The most popular sport in the country was the NFL, followed by 50 percent of those surveyed. Baseball (32 percent), college football (29 percent), NBA (22 percent) and college basketball (19 percent) rounded out the top five.

The Harris Poll is a compilation of 2,368 adults in the U.S, along with representative oversamples of Hispanic Americans and Asian Americans.