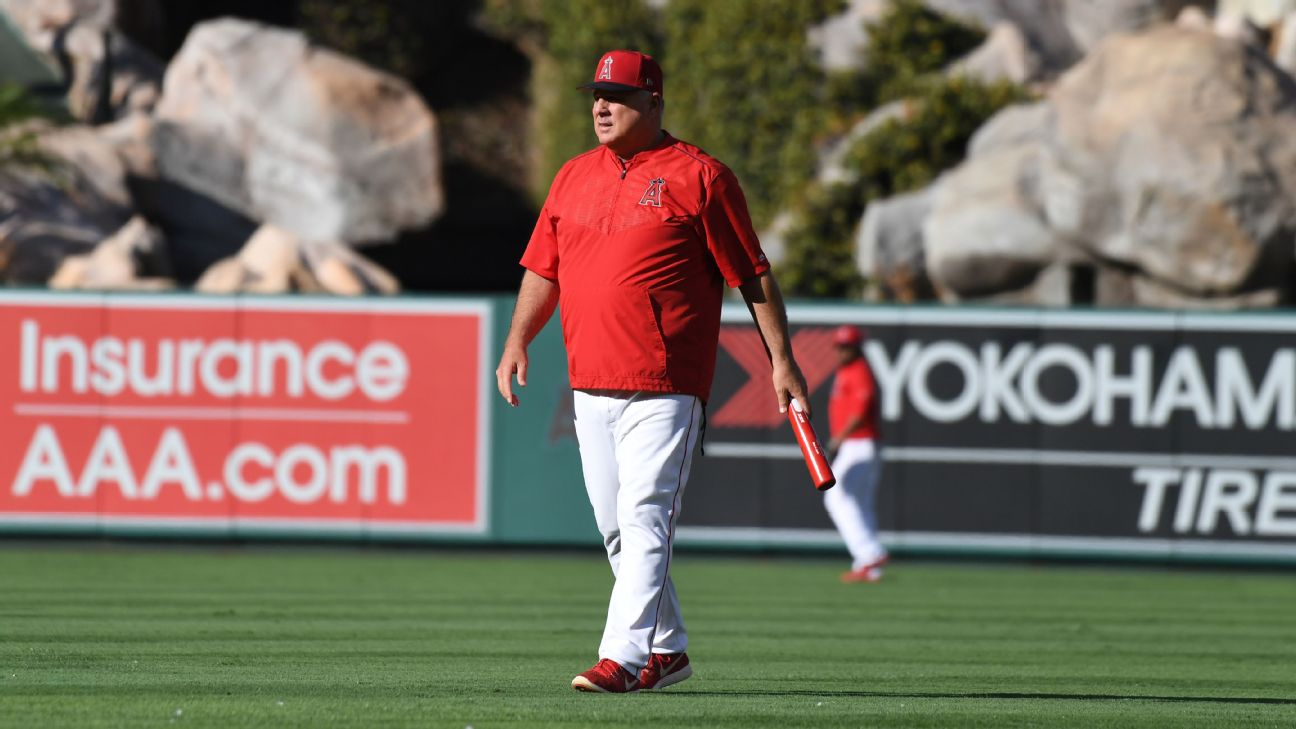 ANAHEIM, Calif. -- Mike Scioscia says he would like to keep managing next year.

The longtime skipper of the Los Angeles Angels has been widely expected to step down after the regular season concludes this week. His comments to KLAA-AM radio Monday night suggested he is open to returning for a 20th season in the Angels' dugout, or perhaps a managing job elsewhere in baseball.

When asked directly if he wanted to keep managing, Scioscia said: "I'd like to."

"We'll continue to evaluate things this week," Scioscia added. "I'll speak with (Angels owner) Arte (Moreno) and speak with (general manager) Billy (Eppler) and kind of come to a decision. But I think that if you love something, you want to continue to keep doing it. If you can, great. And if it doesn't happen, so be it. But I love the dugout."

Scioscia, who will turn 60 in November, is the longest-tenured manager in the majors by seven seasons, and he earned his 1,600th career victory earlier this year. Since taking over the team for the 2000 season, he has led the Angels to six AL West titles and their only World Series championship back in 2002.

"I love managing," Scioscia said. "I love the dugout. I love the challenge of getting the team and getting them going in the right direction. That's something I thoroughly enjoy."

But Scioscia's lucrative 10-year contract ends this season, and the Angels have made the playoffs just once in the past nine years despite annual high-priced rosters. They haven't won a postseason game since 2009, a stretch that covers the entire concurrent Angels careers of Mike Trout and Albert Pujols.