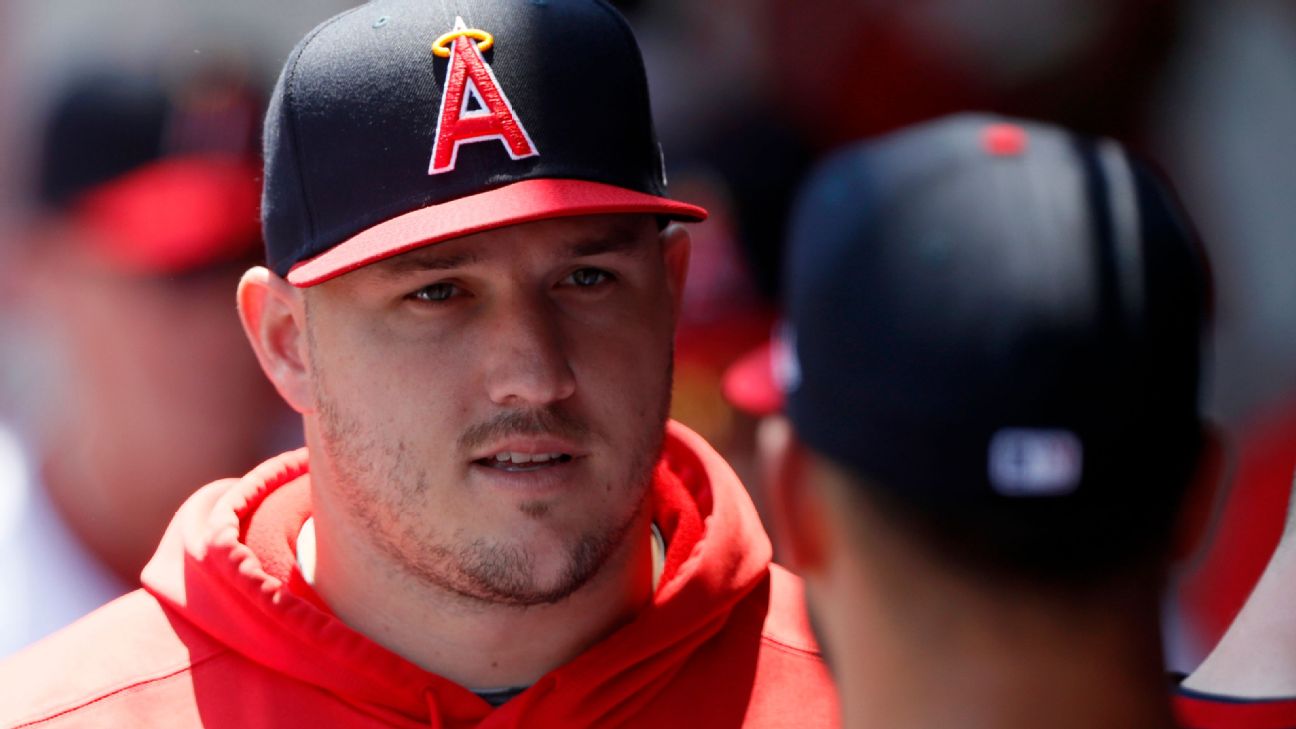 CLEVELAND --Mike Trout says he is still aiming to return to the Los Angeles Angels' lineup this season despite a lengthy and frustrating recovery from a calf injury that has sidelined him since May 17.

The three-time American League MVP said Saturday before a game in Cleveland that he hasn't given any thought to shutting it down for the year.


"I'm just trying to get back," Trout said. "Obviously, we're running out of time here, but my main focus is to get back on the field no matter when it is."

The center fielder said he thought he'd already be back after injuring his right calf running the bases May 17.

"I'm feeling better. I've been doing a lot lately, seems like every other day, every two days, doing a bunch of baseball activities. The biggest thing is recovering. I do a lot of work during the day and try to recover quicker the next day because the next day I'm pretty sore."

The 30-year-old Trout said he couldn't give a date when he'll begin a rehabilitation assignment, but he's been running every other day.

Trout took part in on-field activities Tuesday in Detroit and worked out again on the field in Cleveland before Friday's game.


"If I do a whole baseball load work one day and then I'm real sore the next day, it's tough," Trout said. "I'm trying to get to a point where I do a bunch of baseball activities, the next day I can come in, play again and do the same thing. It's getting better each and every day."

"I know his desire is to get back here and play with us this year," Maddon said. "He wants to get back badly. Watch him on the bench, you see it in his eyeballs, he wants be here playing. Whatever it takes to get back on the playing field, he's going to try to do that."