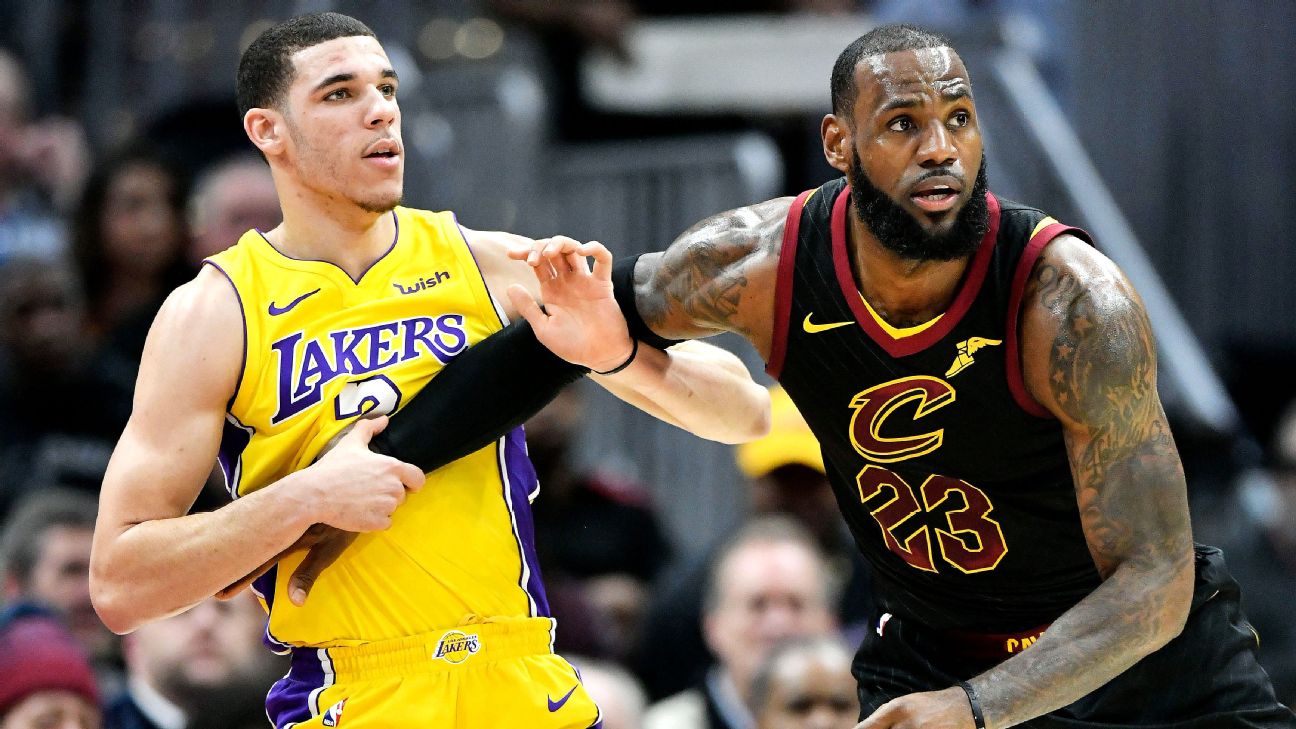 Plenty of picks throughout the lottery could be in play for draft-night trades. So which moves should teams make?

Our NBA Insiders give their best six deals.

The Clips move up

Clippers get:Chandler Parsons, No. 4 and No. 32

Note: Clippers do the deal only if Luka Doncic or Mohamed Bamba is available at No. 4.

Andrew Han:Memphis might possess one of the worst contracts in the league and almost exclusively because of health. When the Grizzlies signed Parsons to a four-year, $94 million deal in 2016, he was supposed to be the shooting wing creator long missing to buttress Mike Conley and Marc Gasol.

In Gallo, the Grizzlies get to roll the dice a second time on said wing creator in the Conley-Gasol era while shaving $3 million off their payroll to slide back eight spots and pick up a second lottery pick.

The Clippers get a potential foundational piece in Doncic or Bamba to build on the ashes of Lob City for the price of a modest payroll increase and loss of a second pick. The second lottery pick might be the sticking point, though, as Parsons is unlikely to be healthier than Gallo. And, of course, LA's sights should remain focused on acquiringKawhi Leonard, the disgruntled Finals MVP in San Antonio, as its chief priority.

Kevin Pelton:The Lakers were happy to get back into this year's first round at the trade deadline, having sent their pick to Philadelphia via the Steve Nash sign-and-trade some six years ago. However, it comes with a (very small) downside in the form of an estimated $1.75 million cap hold for the pick. To maximize their cap space ahead of what could be a crucial summer, the Lakers could trade out of the first round and pick up a couple of second-round picks to help bolster their depth, plus one more in 2019.

While the Lakers wouldn't add much cap space because of the estimated $830,000 charge for an empty roster spot, even a difference of less than a million dollars could be meaningful. If the cap comes in as expected at $101 million, it would allow the Lakers to keep two of their three players on non-guaranteed contracts (guard Tyler Ennis and centers Thomas Bryant and Ivica Zubac) and create enough cap room to make two max offers to players with 10-plus years of experience.

If the Lakers indeed move down on draft night, it could be an indication they're confident about their chances in free agency. Meanwhile, the Magic would consolidate their second-round picks, moving up 10 spots in the process.

AndréSnellings: This move might help entice LeBron James to stay while also locking down a long-term scoring guard in Beal (signed through 2020-21), who is ready to be a star in his own right. Plus, he potentially fits much better next to LeBron than to Wall. LeBron likes scorers who can shoot from the outside and create their own shot when called upon but ultimately prefer to play off LeBron's creation. Beal fits that perfectly.

Gortat clashed with Wall last year, but he's a better starting center option than Tristan Thompson in Cleveland and his contract is expiring next year. Plus, this deal lets the Cavs get rid of Smith's deal.

The Wizards would get a championship-tested big man to play off of John Wall as the second option with Otto Porter Jr. earning the right to more perimeter responsibility. And they just need some kind of shake-up.

Nuggets get:Al Jefferson and No. 23

Pacers get: Kenneth Faried and No. 14

Bobby Marks:Indiana's cost of moving up nine in this trade is taking back Faried's $13.7 million expiring contract. Because of the uncertainty withThaddeus Youngpotentially opting out of his salary for 2018-19, the Pacers could accomplish two goals: acquiring a lottery pick to strengthen the depth in their backcourt -- in Lonnie Walker IV or Zhaire Smith -- while also getting a player in Faried who does not impact cap flexibility in 2019-20. For that season, the Pacers will have only Victor Oladipo, Domantas Sabonis and their 2018 first-round pick under contract. Center Myles Turner will be a restricted free agent.

The Nuggets falling back nine slots would be purely a financial decision. With the pending $147 million max contract of Nikola Jokic, Denver is headed toward the luxury tax and could lose free agent Will Barton. Jefferson has $4 million of his $10 million contract guaranteed and would be waived prior to his July 2 guarantee date. Once waived, Denver would stretch his contract over three seasons and incur a $1.3 million annual cap hit.

Because Jefferson was signed prior to the most recent collective bargaining agreement, his full salary and not the guaranteed portion would count in a trade.

The trade would save Denver $50 million in salary and luxury tax if Barton is brought back on a $8 million starting salary. Electing not to bring back the guard would see the Nuggets fall beneath the luxury tax threshold.

Knicks get: Kyrie Irving and No. 27

Austin Tedesco:Since he surely believes he's on track for a full recovery from knee surgery, Irving is right that it doesn't make sense for him to extend his contract. But that also means Boston should strike if the right deal pops up, and I like this one more than going after Kawhi Leonard.

Porzingis might not be back from his ACL tear until ... December? April? Who cares. This is a fair risk for a potentially transcendent 5 (when healthy) who doesn't turn 23 until August. The $38 million left on Noah's deal is rough, but Boston can stomach it until it expires in 2019-20. They'd get Porzingis ahead of his restricted free agency and start extension talks with Terry Rozier.

New York would get a full season to recruit Kyrie in-house before hitting next summer with the potential flexibility to chase two more max(ish) players while holding onto Irving's Bird rights, if he'll play ball, thanks to dropping Noah's burdensome salary.

Can't the Knicks just be patient and try to sign Irving outright next summer? Sure. If you're counting on that, I have a two-dimensional globe to sell you.

Han:Sacramento craves a star. But rather than send the No. 2 overall pick off for a Kawhi rental, why not aim for a player still on his rookie contract and eligible to extend for five more seasons?

In Booker, the Kings would add a 20-point scorer on a similar timeline with De'Aaron Fox and Buddy Hield, building a perimeter-oriented shooting lineup in the Bay Area mold owner Vivek Ranadive so desperately covets.

For Phoenix, Deandre Ayton or Luka Doncic. Luka Doncic or Deandre Ayton. Why choose? If the most valuable asset to the Suns is the No. 1 overall pick and there is any doubt over who should be selected first, just get both prospects. Oh, and pick up a sneaky good player in Bogdanovic in the process. 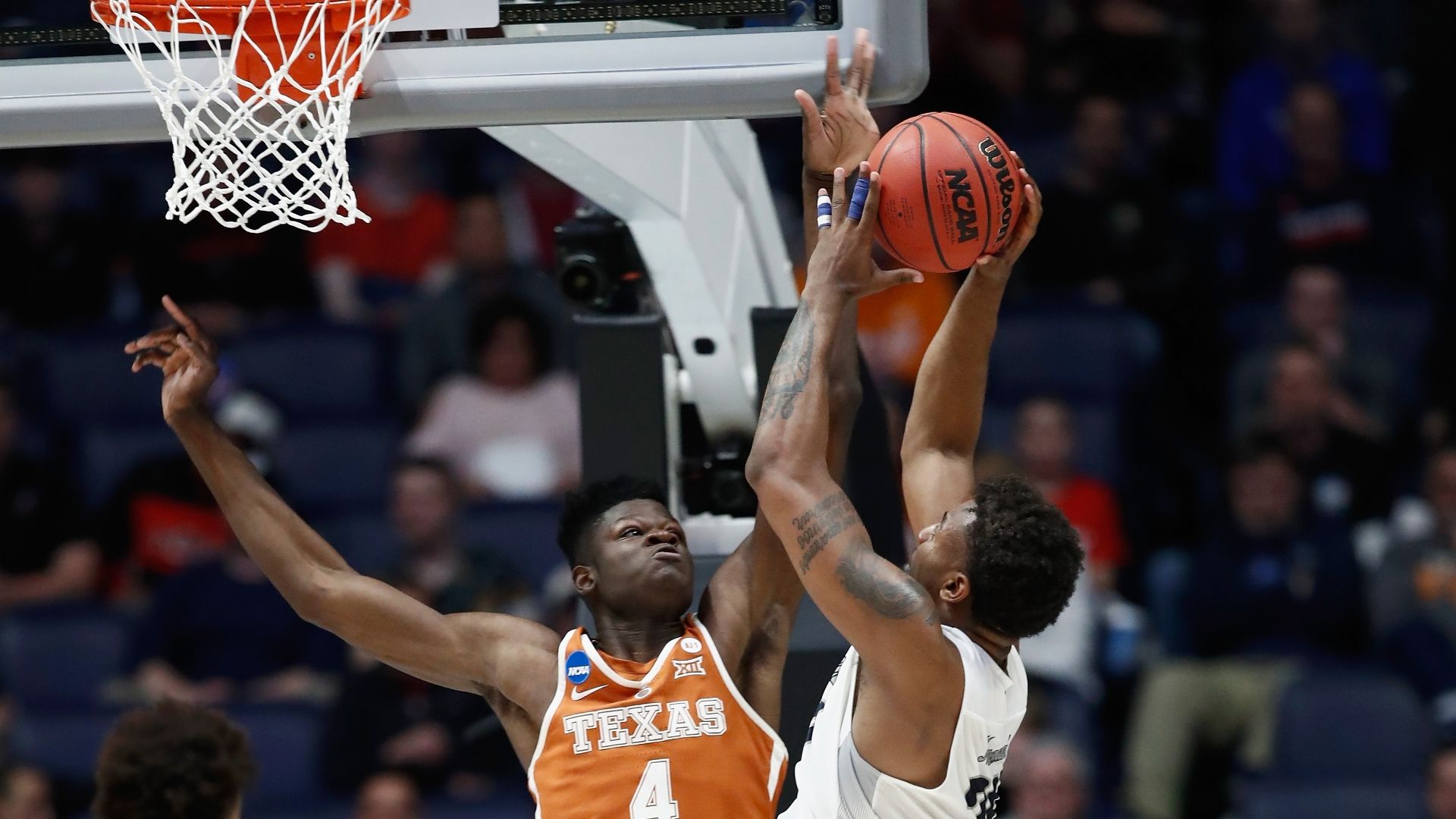 Mo Bamba: The NBA's next elite rim protector?
Mohamed Bamba showed off his penchant for shot-blocking while at Texas and looks to take his defense to new heights in the NBA. 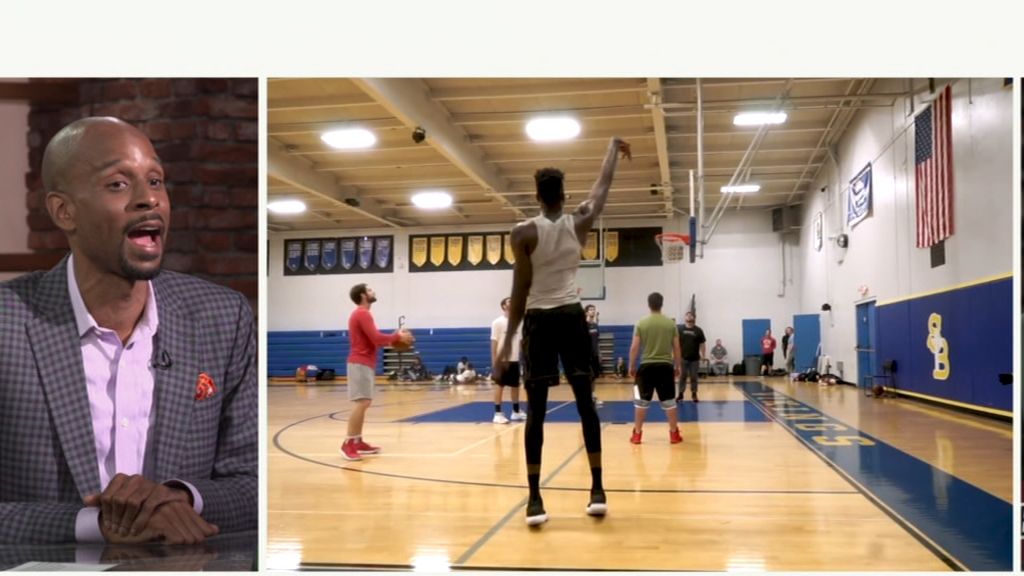