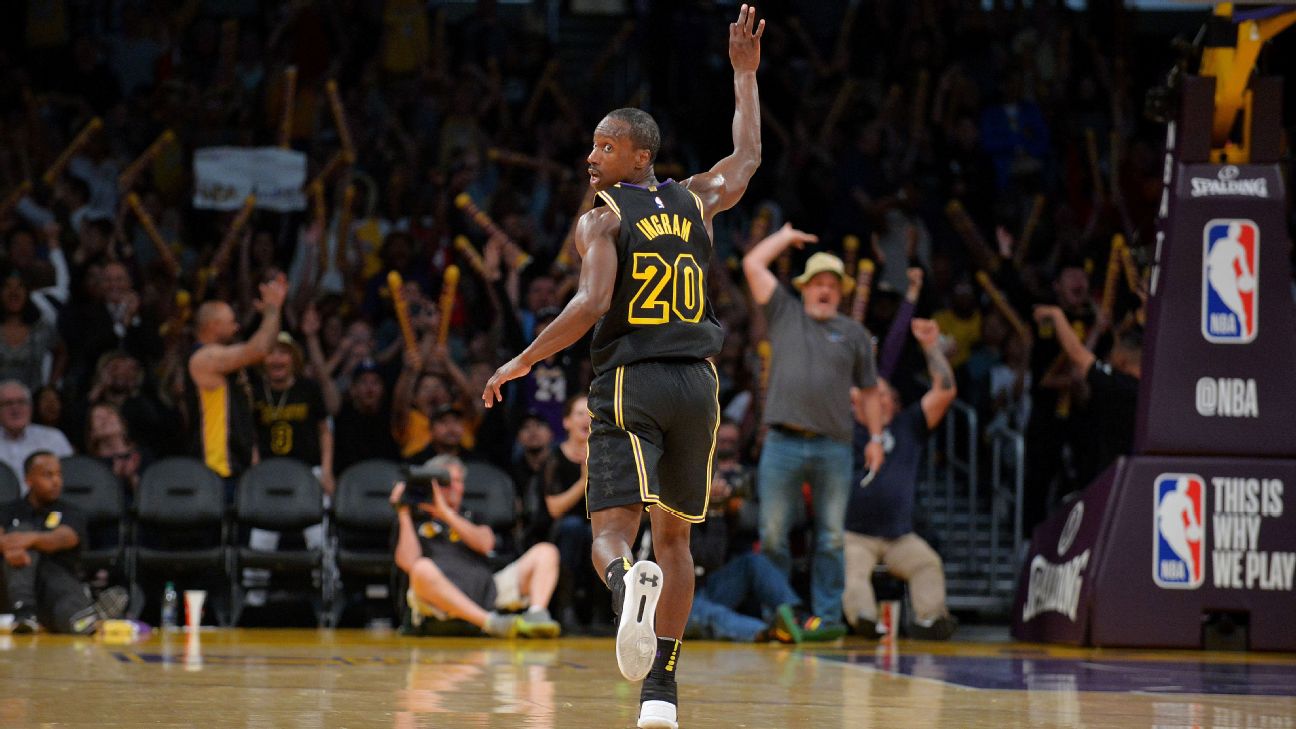 When the Los Angeles Lakers called up Andre Ingram from the G League and signed him for the final two games of the regular season on Monday, they were in desperate need of another body on the wing to fill the void left with Brandon Ingram(concussion protocol), Lonzo Ball(left knee contusion) and Kyle Kuzma(sprained left ankle) out due to injury. All the Lakers needed was a few solid minutes here and there from the 32-year-old rookie to give Kentavious Caldwell-Pope, Josh Hart, Alex Caruso and Tyler Ennis a breather.

But the Lakers could have never predicted the stellar performance they got from Ingram against the Houston Rockets on Tuesday night -- 19 points on 6-of-8 shooting, 3 rebounds, 1 assist, 1 steal and 3 blocks in 29 minutes in his first NBA game -- nor him nearly leading them to a come-from-behind win against the best team in the NBA.

Los Angeles ultimately lost to Houston, 105-99, but Ingram's impressive debut -- after 10 years of grinding in the G League -- dwarfed the game's outcome. The uplifting story had social media losing its mind, including several notable NBA players -- and a certain Lakers legend -- who felt as shocked and inspired as everyone else.