NBA sends memo to teams as reminder of anti-tampering rule 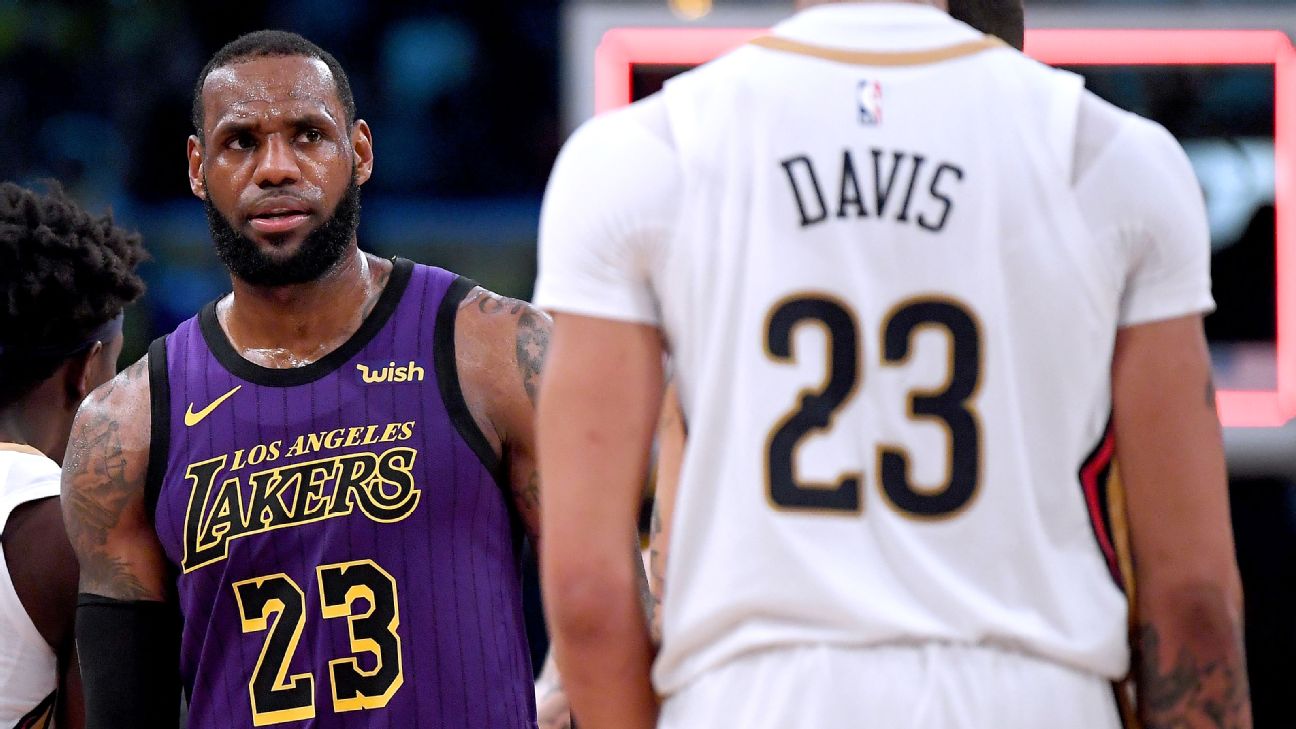 In the aftermath of LeBron James' public comments on the possibility of New Orleans Pelicans star Anthony Davis joining James with the Los Angeles Lakers, the NBA sent a memo to teams that warned of consequences for orchestrated tampering campaigns of players under contract elsewhere.

In a memo obtained by ESPN on Friday morning, league counsel seemed to be alluding to James' scenario, saying, "employment contracts are to be respected and conduct that interferes with contractual employment relationships is prohibited.

"This principle is particularly important in today's media environment, where any actions or comments relating to potential player movement receive immediate and widespread public attention. Teams should be entitled to focus their efforts on the competition this season with the players they have under contract, without having to divert attention or resources to conduct or speculation regarding the potential destinations of those players in future seasons once their contracts expire."

Several small-market general managers told ESPN last week that they reached out to Pelicans GM Dell Demps to express dismay over what they perceive as the NBA's tacit endorsement of James' comments, made earlier this month to ESPN, that it would be "amazing" and "incredible" if the Lakers could somehow acquire Davis, a five-time All-Star who is currently under contract with the Pelicans through the 2019-20 season.

"It's New Orleans' problem today, and a problem with a different player tomorrow for the rest of us," one Eastern Conference GM told ESPN. "It's open season on small markets and our players."

The NBA warned teams that individual statements like James' can be viewed in the context of organizational patterns and can result in punishment.

"Teams should be aware that the scope of the anti-tampering rule is broad, and its application in any given case is based on all facts and circumstances," the memo said. "Accordingly, conduct that doesn't violate the rule in any single instance may nevertheless constitute a violation if it becomes repeated or part of a broader collection of improper actions.

"Teams should therefore refrain from any conduct -- including public statements -- that could be viewed as targeting or expressing interest in another team's player."