Nets' D'Angelo Russell: 'I went through a lot' during Lakers stint

LOS ANGELES -- Less than two hours before he faced his old team for the first time, Brooklyn Nets point guard D'Angelo Russell said Friday that he was irked by comments Lakers team president Magic Johnson made this summer about Russell's leadership, or lack thereof.

In June, Johnson explained why the Lakers traded Russell to Brooklyn and drafted Lonzo Ball, saying the team"needed a leader" and someone who "can make the other players better."

"I would say it ruffled a few feathers," Russell said before the Nets fell 124-112 to the Lakers on Friday in their first meeting since the summer trade. "But you control what you can control. He's in a position to say what he wants, so I just try to do what I can do at the end of the day."

Russell shot just 8-of-24 from the field and finished with 17 points, 7 assists and 7 rebounds. Meanwhile, Ball scored 6 points on 3-of-15 shooting with 7 assists and 5 rebounds, one day after he was criticized for his "passive" play in a scoreless effort against the Portland Trail Blazers.

Johnson had said on a few occasions that he wanted more leadership from his point guards. It was a big reason he said he was thrilled to land Ball with the second overall pick in the NBA draft.

Just days before the draft, the Lakers shipped Russell, who was their No. 2 overall pick in 2015, and Timofey Mozgov to Brooklyn for Brook Lopez and the 27th overall pick. The Lakers then drafted rookie Kyle Kuzma, who started his first game Friday in place of an injuredLarry Nance Jr.(broken hand).

Russell had previously downplayed Johnson's comments and declined to respond despite being asked about it repeatedly, including at his introductory news conference in Brooklyn this summer.

Russell certainly looks motivated to start the season, scoring 29 or more points three times this season and averaging 21.1 points, 5.3 assists, 4.5 rebounds while shooting 44.4 percent from the field. The Nets, who went 20-62 last season, are off to a 3-6 start.

While with the Lakers, Russell's maturity and leadership came into question in 2016, when he recorded a private conversation with then-teammateNick Youngand the video later went public. The video created a rift between Russell and Young, and there were reports that other Lakers teammates' trust in Russell began to erode because of it.

When the Lakers introduced Ball in June, Johnson didn't mince words when asked why the team had moved on from Russell.

"D'Angelo is an excellent player," Johnson said at the time. "He has the talent to be an All-Star. We want to thank him for what he did for us. But what I needed was a leader. I needed somebody also that can make the other players better and also [somebody] that players want to play with."

Asked Friday whether he believes he is a leader, Russell said, "Of course."

"I went through a lot when I was here," Russell said of his time in L.A. "It's nothing I could really control. It was out of my hands by that point [when he was traded].

"I went through a lot -- Kobe's farewell, everything. ... So just to overcome that, I salute myself for that."

Lakers coach Luke Walton said he didn't know why things did not work out for Russell in Los Angeles.

Russell said he is happy to have a fresh start in Brooklyn and shied away from taking any shots at his former team.

Russell said he learned quite a bit watching Bryant during his farewell tour in the 2015-16 season, when Russell was a rookie, and knew his place during that time.

"He deserved the attention he got for it," Russell said. "Like I said, there was nothing I could really do. No matter how I played or whatever, none of that was relevant. Kobe was a legend. If he came back today, that would be the biggest story in the world no matter what's going on. You control what you can control and move on." 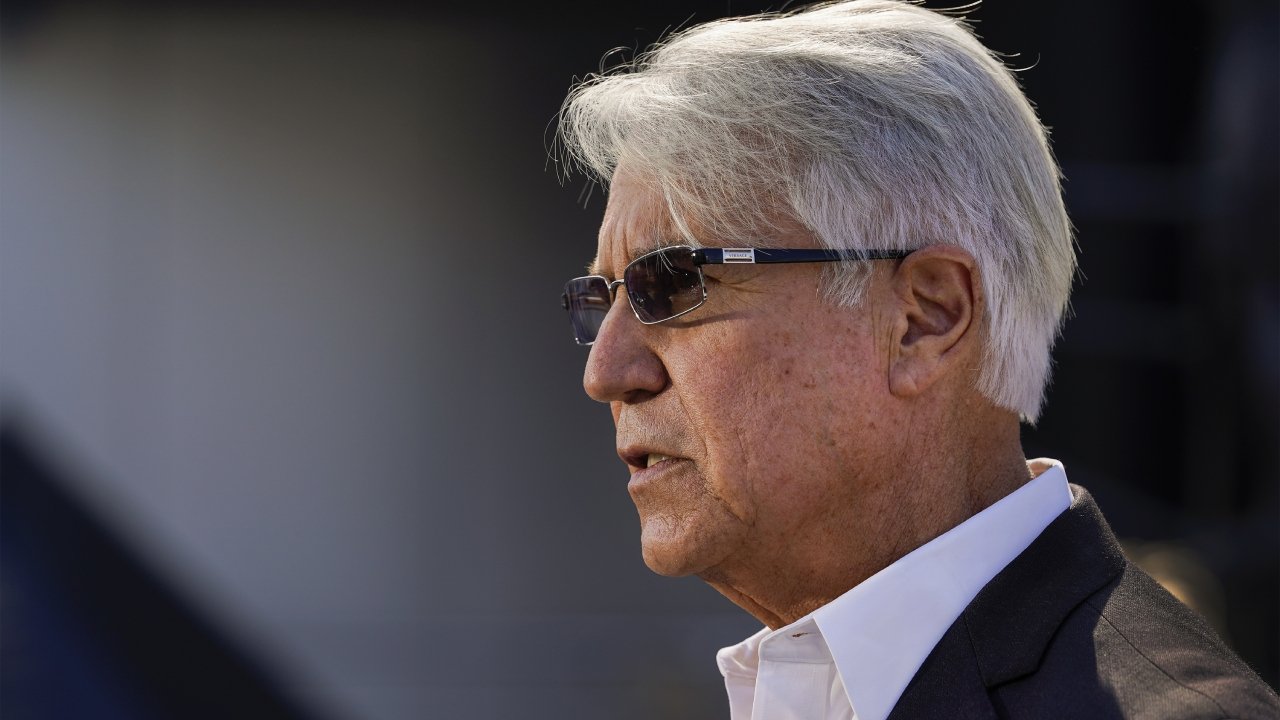