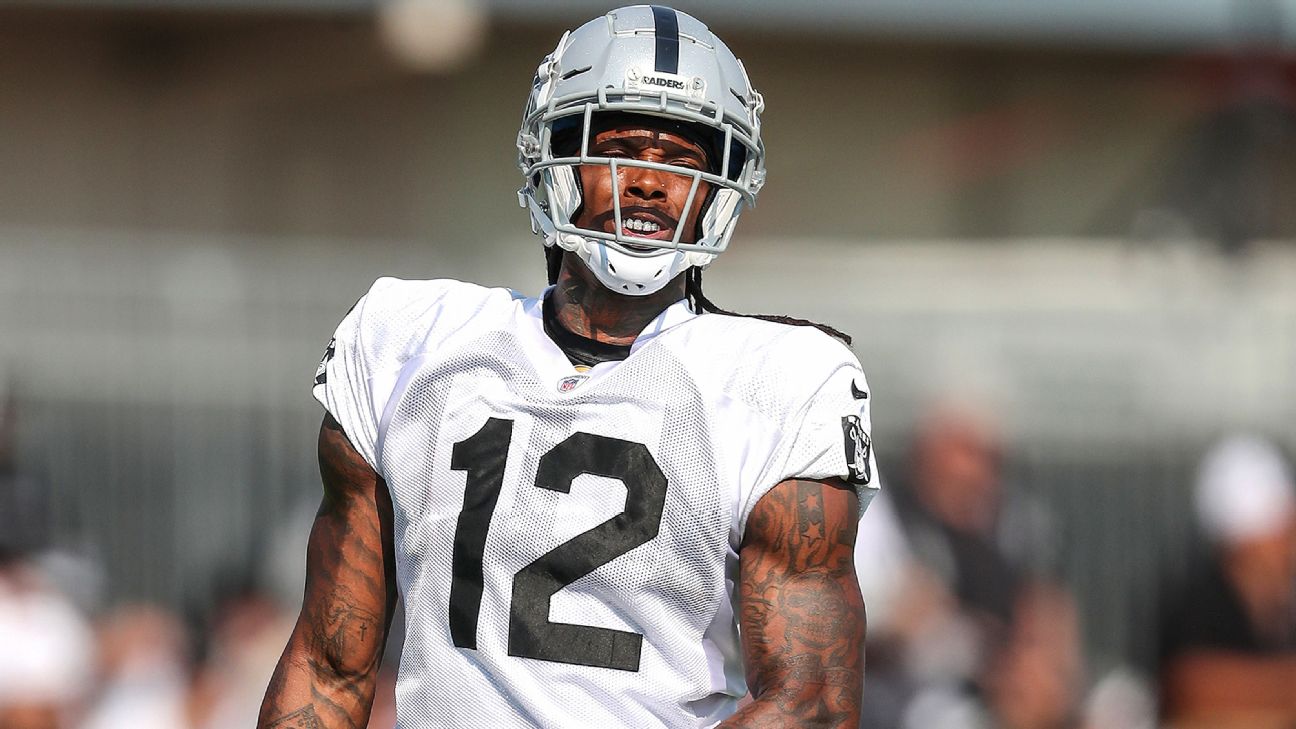 ALAMEDA, Calif. -- As long feared by the Oakland Raiders, receiver Martavis Bryant was hit with an indefinite suspension by the NFL on Friday, minutes before the team departed for Sunday's game at Cincinnati.

Bryant was placed on injured reserve earlier this month with a knee injury.

"Effective immediately, Martavis Bryant has been returned to the Reserve/Commissioner Suspended list indefinitely for violating the terms of his April 2017 conditional reinstatement under the Policy and Program for Substances of Abuse," the league said in a statement.

The Raiders had released the talented but troubled receiver Sept. 1, but re-signed Bryant on Sept. 12 after the NFL allowed him to play while his yearlong suspension was under appeal, sources told ESPN's Adam Schefter.

He is in the final year of his contract and eligible for free agency next year.

Bryant, acquired from the Pittsburgh Steelers for a third-round pick in a draft-day trade April 27, had previously served two suspensions, sitting out four games in 2015 and the entire 2016 season.

He had career lows in receptions (19), receiving yards (266) and touchdown catches (none) in a career-low eight games for Oakland in 2018.

Bryant was expected to be the deep threat in a reimagined Raiders receiving corps, along with Amari Cooper and Jordy Nelson. However, Bryant had a hard time staying on the practice field during training camp with what coach Jon Gruden described as "headaches."

The coach began referring to Bryant, 26, as the "white tiger" of the Raiders.

"I don't know if you get that analogy, but sometimes he comes out to play and sometimes he doesn't. It's good to see him because he's really special, like the white tiger."

Still, Bryant did not make Oakland's initial 53-man roster as a surprising cut. The Raiders brought him back 11 days later, and he showed glimpses of the talent that enticed them to trade for him.

Bryant said after he returned that he appreciated Gruden's form of tough love.

"I feel like he's issuing a challenge for me to become the best person I can be," Bryant said at the time. "I don't take comments in a negative way; I take it as a motivational factor. He just wants me to be the best player and I thank him for that. You need tough love to be the best. I've got a lot of work to do and he'll continue to push me."

After they beat the Steelers on Sunday for their biggest victory of the season, general manager Reggie McKenzie was fired on Monday.

A day later, the City of Oakland announced its intention to file a federal lawsuit against the Raiders and the NFL over the team's move to Las Vegas in 2020.

On Wednesday, the Raiders in retaliation announced that their proposed $7.5 million lease to use the Oakland Coliseum in 2019 was off the table, meaning they still have no home for next season, though cities mentioned as potential temporary locales include San Diego; Reno, Nevada; Santa Clara, California; and Glendale, Arizona.

Thursday, Cooper told a Dallas reporter that neither Gruden nor McKenzie wanted to trade him to the Cowboys, that the move was made solely by Raiders owner Mark Davis.

Gruden on Friday said he had no comment about Cooper's claim.

"I've read a lot; I've heard a lot," Gruden said. "I've heard some things in the media that are absolutely hilarious. Aren't even close. So I'm not commenting on any of that stuff."

Gruden then went on a timely riff.

"We've got to get ready for Dan Ross, Boobie Clark," Gruden said with a grin, referencing former Bengals standouts. "We've got to watch out for Isaac Curtis down the middle. We've got to get Tim Brown and all our receivers ready to play."

At the end of this week, would you really be that surprised?