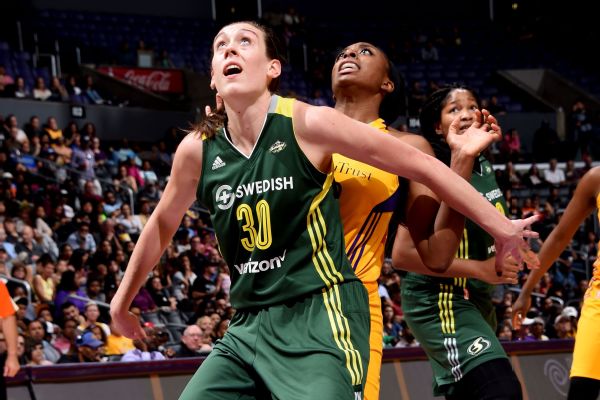 Stewart and six other reserves were named to their first All-Star Game, which will be played Saturday (ABC, 3:30 p.m. ET) at Seattle's KeyArena, Stewart's home court with the Seattle Storm.

Dupree joins Tina Thompson and Cappie Pondexter as the only players in league history to appear as All-Stars with three different teams (with Chicago in 2006, '07 and '09 and with Phoenix in 2014 and '15).