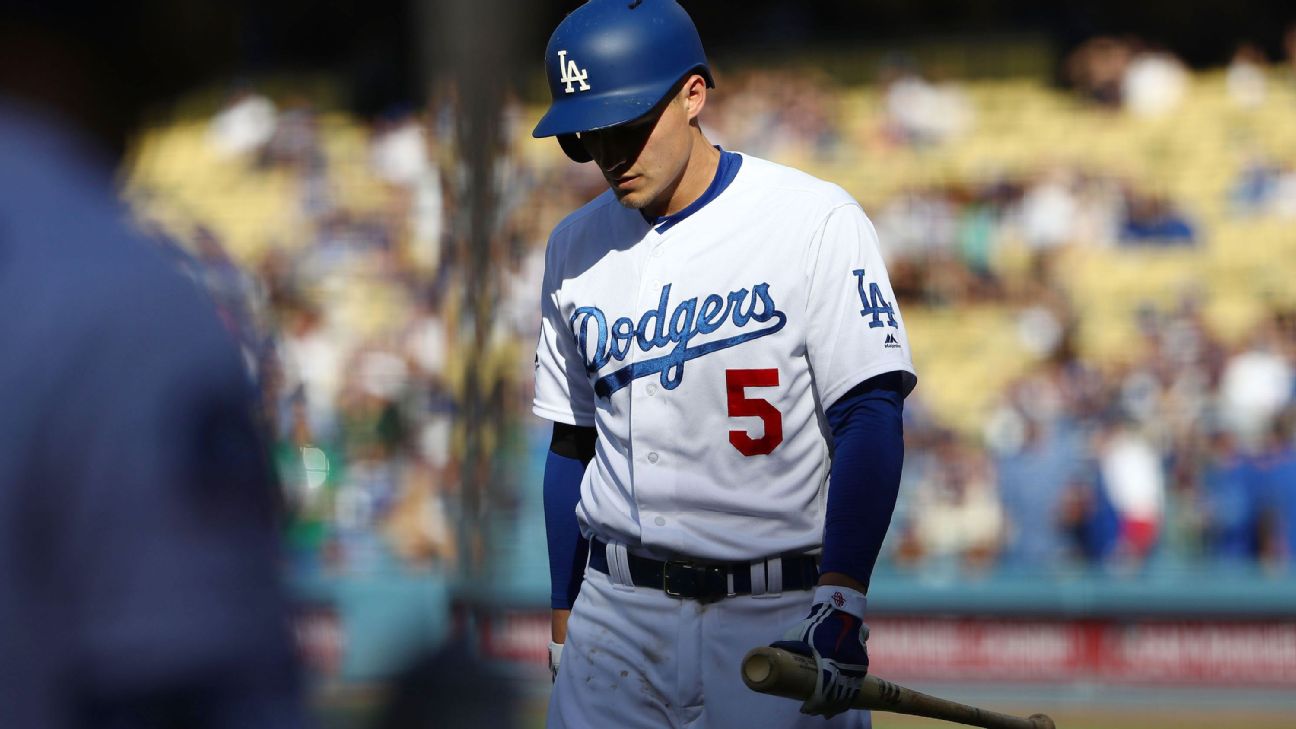 LOS ANGELES -- World Series MVP Corey Seager will miss at least a few weeks for the Los Angeles Dodgers after breaking a bone in his right hand.

Dodgers manager Dave Roberts said Sunday the star shortstop does not need surgery on his broken fifth metacarpal -- the bone closest to the palm in his right pinkie. Seager's hand was in a splint and a wrap Sunday morning while he chatted with his agent, Scott Boras, in the Dodger Stadium stands before the defending champions' series finale against Miami.


"I think we dodged a bullet," Roberts said. "No surgery required. He's in a splint, and we're just going to let it heal. With a broken hand, the timeline is pretty vague, so that's where it's at."

Roberts said the "floor" for Seager's return likely was four weeks, but it was impossible to assign a definite timetable.

Seager was hit by a pitch from Miami's Ross Detwiler in the fifth inning of Los Angeles' 7-0 victory Saturday night. The Dodgers placed Seager on the 10-day injured list Sunday and recalled catcher Keibert Ruiz from Triple-A Oklahoma City.

Seager is batting .265 with four homers and 22 RBIs this season, his last before he becomes eligible for unrestricted free agency. The two-time All-Star and 2016 National League Rookie of the Year was both the NL Championship Series MVP and the World Series MVP last season, batting .347 with seven homers and 16 RBIs in the two series combined during the Dodgers' run to their first World Series title since 1988.

Roberts is expected to fill Seager's spot in the lineup with a combination of strategies, many dependent on each day's pitching matchup. Gavin Lux moved from second base to shortstop Sunday, while Chris Taylor came in from the outfield to play second base -- but then Taylor was scratched with right wrist soreness moments before the first pitch, forcing backup Sheldon Neuse to jump into the lineup.


First baseman Max Muncy moved up to take Seager's customary No. 2 spot in the Dodgers' batting order against Miami.

The moves didn't amount to much -- at least in the short term -- as Adam Duvall hit a three-run homer and then threw out Mookie Betts at the plate during a busy fifth inning, and the Marlins hung on for a 3-2 victory in the series finale. Pablo Lopez gave up seven hits and two runs over five innings in his first victory of the season for the Marlins, who won for just the third time in nine games.

Lux will be L.A.'s primary shortstop with Seager out. The Dodgers also will use Muncy at other infield positions during Seager's absence, while newcomers Albert Pujols and Yoshi Tsutsugo will play first base along with Bellinger when the former NL MVP returns.

Tsutsugo is joining the Dodgers on Monday after they acquired him from Tampa Bay, and Pujols' signing is expected to be announced Monday.

On the positive injury news front, the Dodgers expect 2012 Cy Young Award winner David Price back this week. He is slated to be activated Monday after his hamstring injury, while Bellinger is optimistic he will return next weekend from a hairline leg fracture suffered in the Dodgers' season-opening series. 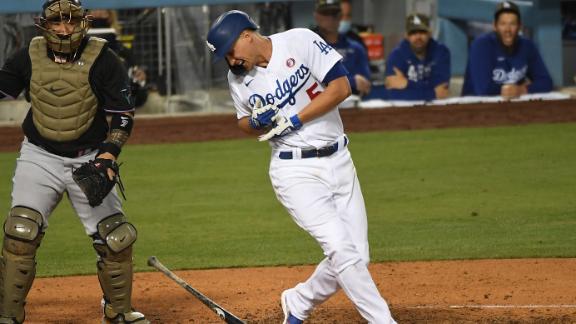