KABC
By Marc Cota-Robles
ELYSIAN PARK, LOS ANGELES (KABC) -- It's Opening Day for the Los Angeles Dodgers as the boys in blue look to get back to the World Series - and win it!

The Dodgers' season opener against the San Francisco Giants Thursday comes two days after the sewage fiasco at Dodger Stadium. A pipe broke and partially flooded the field with sewage Tuesday, putting a premature end to the final preseason game between the Dodgers and the Angels.

The team said a backed-up sewer main was to blame. Late Wednesday, the organization issued a statement that read, in part: "There were issues with the drainage system at Dodger Stadium. The club has made repairs and has thoroughly examined the entire system. The team is confident that there will be no further issues."

Fans can expect all the bells and whistles that come with an Opening Day game, said Erik Braverman, the Dodgers' vice president of marketing and broadcasting.

"There's nothing like it. I think this is, for us in Major League Baseball, this is the equivalent of our Super Bowl," Braverman said, adding that fans will be treated to a few surprises, an incredible video tribute and more.

Another special treat for fans - Dodger legend Kirk Gibson is slated to throw out the ceremonial first pitch. Braverman encouraged fans to get to the stadium early so they don't miss a minute of the action.

Heading to the game? Officials advise taking the Metro as droves of fans are expected to pour into Dodger Stadium for the big game.

Tickets to Thursday's Opening Day game as well as Friday's game are completely sold out, but tickets are still available for Saturday. Braverman said there's a special event in store for Saturday's game.

"Saturday is a day you want to be here, because we're going to, for the first time in many years, we're going to have a ring ceremony celebrating the National League Championship honors from last year, and we're going to do a very special on-field ceremony with the team," he said. 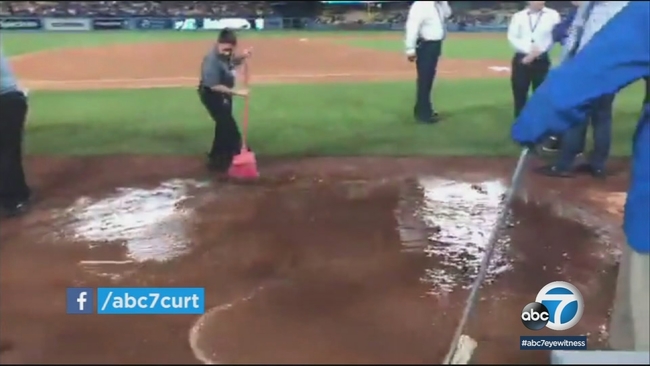