Paul George is here, and the Clippers have shown that he is necessary 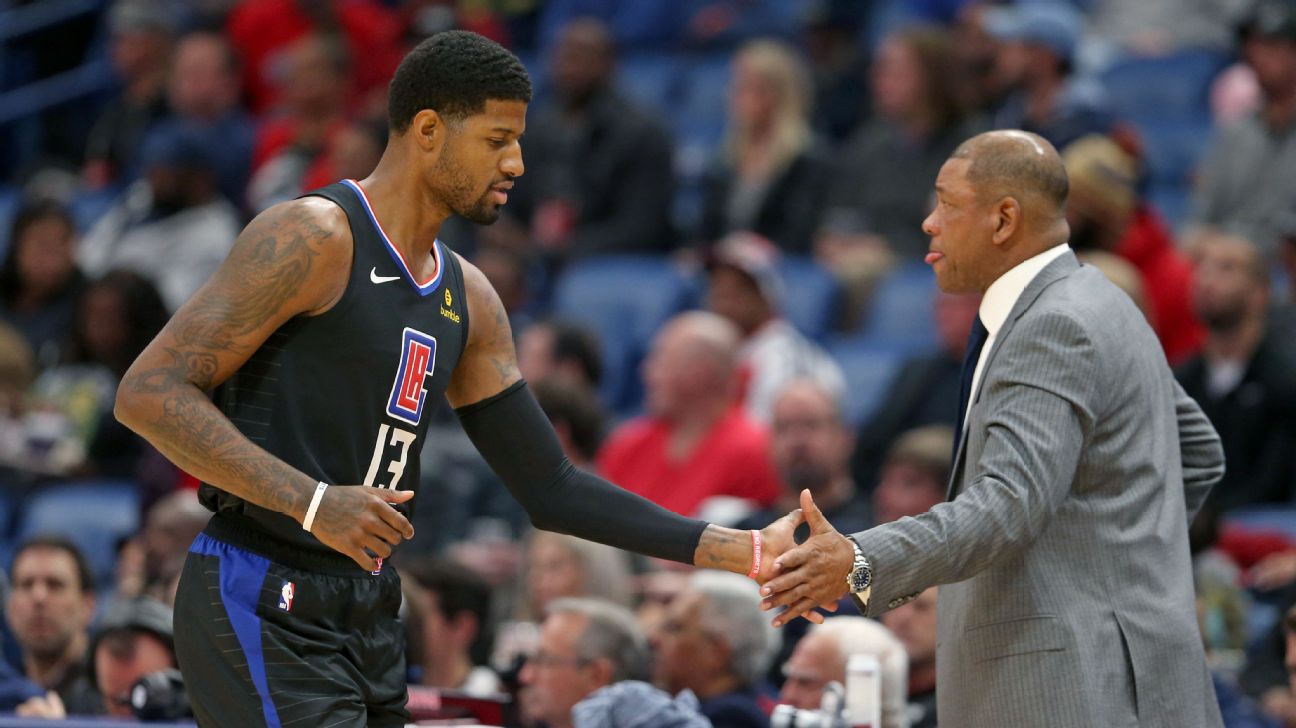 NEW ORLEANS -- Cold outside air poured through the loading dock a couple of hundred feet from tunnels leading out to the floor, coating the lower bowl at Smoothie King Center on Thursday with a chilled draft. For the first time this season, Paul George took the court for a pregame warm-up and the first thing he needed to do was exactly that -- warm up.

He picked up two basketballs to go through his dribbling routine, but after losing one, he stopped to blow some hot breath over his hands. His LA Clippers debut was some 60 minutes away, and with expectations casting a dense fog around the team, he was focused on just getting back.

It wasn't the fully operational Clippers on the floor, though, against the New Orleans Pelicans.

On the second night of a back to back where he played 41 minutes, Kawhi Leonard sat courtside to watch George. No Patrick Beverley either. Beverley returned to Los Angeles after a minor injury Wednesday. Their absences were felt, with defensive breakdowns allowing the Pelicans to score 132 points in a Clippers loss. The most glaring one being late, with Frank Jackson hitting a wide-open 3 with 29.8 seconds left in a three-point game. During an ensuing timeout, George and Lou Williams had an extended conversation a few steps from the bench with lots of pointing and nodding.

"You could clearly see, defensively, he was mixed up in some coverages tonight," Clippers coach Doc Rivers said, "and that's just gonna take time."

George was frustrated with the defensive miscues, calling his performance "terrible" about 20 minutes after Rivers called it "sensational." It figures, considering George is a defense-first player who evaluates his game primarily on that end of the floor. George dropped an efficient 33 points (10-of-17 shots, 3-of-5 3s) in 24 minutes, his most points in his first game of a season in his career. But he had to play the entire fourth quarter with five fouls, and he had four of his five turnovers in the final period as New Orleans guard Jrue Holiday upstaged George to close out a Pelicans win.

"It's just good to get this one under my belt," George said. "This was essentially like my first preseason game. So it's a lot to take from this, and take it into the next game."

That next game is Saturday against the Atlanta Hawksat Staples Center, and should finally feature Leonard alongside George. It's a combination that shook the NBA this summer, with their long-limbed defensive ball-hawking and complete offensive proficiency. There's always a question of how two megawatt stars will fit together, but with George and Leonard, it feels like a natural pairing.

George is one of the most elastic superstars in the league, able to adapt and adjust to almost any required role. It's oversimplifying things, but put it this way: If you can fit with Russell Westbrook, you can fit with anyone. George is well-rounded; so is Leonard. They don't need the ball to be great, but certainly can be when they have it.

"It was seamless," Rivers said. "He ran plays like he'd been running it for weeks, months; and I was shocked by that. We ran a very difficult play for him; he scored six points out of it -- it's all timing. And when we saw he could do it, we kept running it. We were surprised. You gotta give him credit; he must've watched a heckuva lot of film in all that to be that prepared."

But George solves one other primary issue that has been nagging at the Clippers early this season. So far, it feels as if Leonard or Williams has been on the floor at all times this season, and that has been out of complete necessity. When both have sat this season entering Thursday night's game in New Orleans, the Clippers had an anemic 79.5 offensive rating and a net rating of minus-20.5 in 36 minutes.

There's no reason to believe Rivers won't concoct a rotation that staggers George, Leonard and Williams to correct that problem quickly. Leonard, especially, will benefit from the relief George can provide as a shooter, driver and playmaker. According to ESPN Stats & Info information research, Leonard is on pace to set a career-high usage percentage of 36.6, which would rank second in the NBA behind only James Harden. (There's also the conversation of load/injury management, and just to state the obvious: Now when Leonard takes a night off, the Clippers have the other best two-way wing player in the league playing still.)

"I'm fully excited for this whole team to come together -- play with Pat, with Kawhi," George said. "I'm looking forward to this team being at full strength."

Which is something George finally is himself. He played last season with shoulder issues plaguing him throughout, with a torn tendon in his right rotator cuff causing problems any time he took a knock in the wrong spot. A week before theOklahoma City Thunder's Game 1 playoff game against the Portland Trail Blazersin the first round, George couldn't lift his arm over his head. He had surgery on his left shoulder, too, having a torn labrum repaired. The rehab kept him out until now, but if his first game back is any indication, it doesn't look as if he missed a beat.

The Clippers are a title favorite for a reason, and it wasn't because of the team they had the first 12 games. It's for the one they expect to have the final 70.

"We haven't played very well yet," Rivers said. "But we also haven't been healthy yet."

Rivers has repeated a phrase often and he did it again Thursday: "We won the summer; now we want to win the season."

And for the Clippers, that season finally begins now. 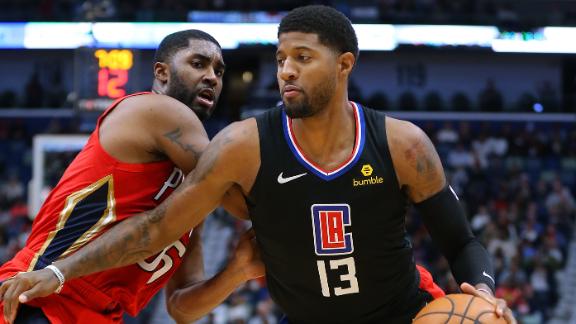 Paul George drops 33 in Clippers debut
In his first game with the Clippers, Paul George scores 33 points in just 24 minutes on 10-of-17 shooting in the loss to the Pelicans. 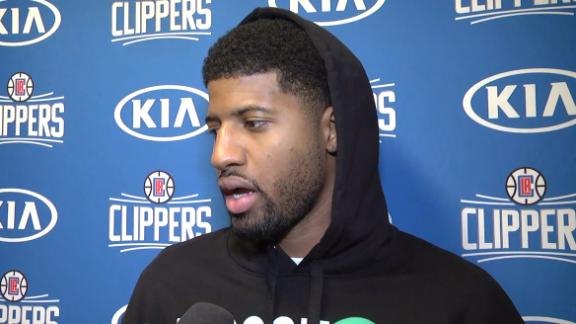