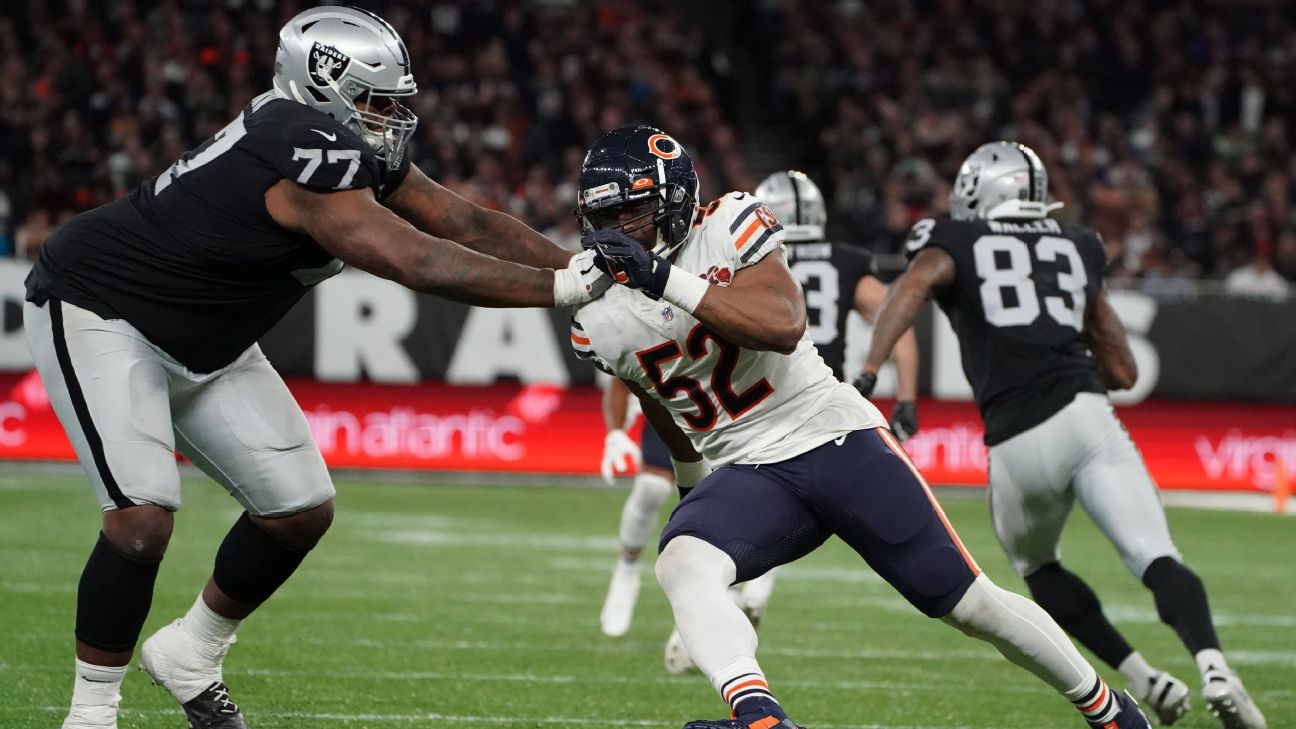 Oakland Raiders offensive tackle Trent Brown has been accused of multiple acts of domestic violence against his girlfriend as part of a lawsuit filed earlier this week.

In the lawsuit, filed in Alameda County (California) Superior Court, Diorra Marzette-Sanders accuses Brown of slapping, punching and choking her on multiple occasions beginning in 2018. She said she has been "bruised, bloodied and battered" from the attacks and lived in fear of Brown.

The lawsuit, a copy of which was obtained by ESPN, says a police report was filed after a June 2019 incident in which Brown allegedly bruisedMarzette-Sanders' arm and slapped her.

According to the lawsuit, the two began dating in March 2017 and had a child together in January 2019. According to Marzette-Sanders, the couple had a "non-marital partnership agreement."

After Marzette-Sanders threatened to leave with their child, Brown allegedly told her, "I'll shoot yo ass in the f---ing head before you walk out that door with my son." According to the lawsuit, Brown kicked Marzette-Sanders out of the house in June.

The lawsuit is requesting a jury trial and is seeking unspecified compensation, including punitive damages.

Brown said on Twitter that he is aware of the lawsuit and that "I deny the claims. They are false."

Marzette-Sanders' lawyer, Waukeen McCoy, told ESPN's Josina Anderson that they attempted to reach a settlement prior to filing the lawsuit.

"We reached out to Trent Brown last month to see if we can sit down and talk and resolve issues," McCoy told Anderson. "... We never got a positive response. That is what led to this filing."

McCoy said Brown has 30 days to respond once he receives a civil complaint.

Brown sat out practice Wednesday with a calf strain he suffered Monday in practice. He spent the beginning of practice in the team's rehab swimming pool.

Asked for his reaction to the lawsuit, Raiders coach Jon Gruden said, "We're aware of it and we're looking into it. I'm not going to say anything else other than, we're aware of it."

Raiders owner Mark Davis has said he has a "zero-tolerance policy" when it comes to domestic violence.

Brown, 26, signed a four-year, $66 million contract with the Raiders during the offseason. He has started in all five of Oakland's games this season.

Based on the allegations, Brown could be subject to NFL discipline under the personal conduct policy. In an email to ESPN, an NFL spokesman said the league "will review the matter."