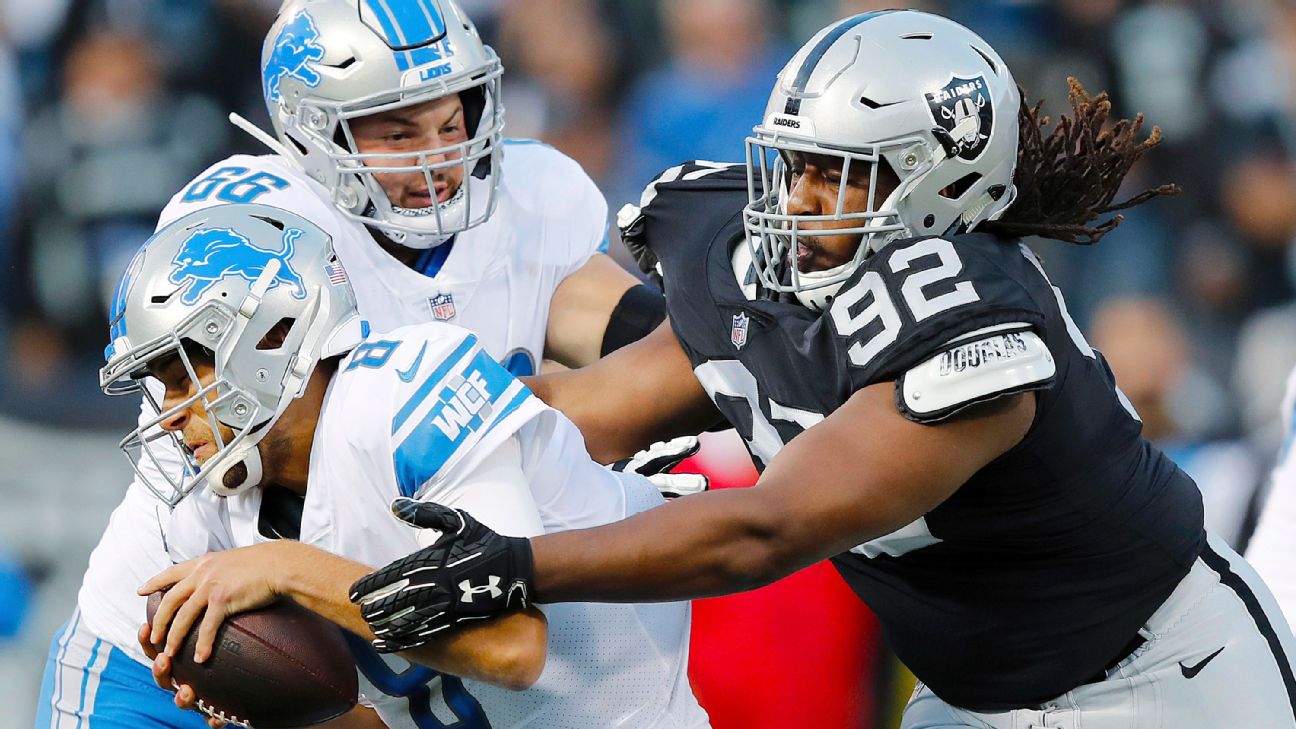 The Las Vegas Raiders traded defensive tackle P.J. Hall to the Minnesota Vikings for a conditional 2021 draft choice on Monday, the teams announced.

A source told ESPN's Adam Schefter that it's a seventh-round selection that the Raiders will receive if Hall is on the Vikings' 53-man roster for six games this season.


The trade comes after a source confirmed to ESPN earlier Monday that the Raiders were ready to cut Hall, two years after selecting him in the second round of the 2018 NFL draft.

Minnesota found itself in the market for a defensive tackle after Michael Pierce opted out of the 2020 season last week due to respiratory concerns that put him in the high-risk category during the coronavirus pandemic. Pierce, the Vikings' biggest free-agent acquisition of the offseason, signed a three-year, $27 million contract in March and was set to replace Linval Joseph at nose tackle.

"Michael called and he explained to us his situation, as far as having asthma, and a couple of years ago he had pneumonia, so it just wasn't safe for him to play, and really, honestly, if a player doesn't think he's safe and should do this, I'm with him 100%," Vikings coach Mike Zimmer said. "But we'll figure it out. Without going into too much detail, we've got a plan and will stick to it."

Hall played defensive end for three seasons at Sam Houston State before moving inside for his senior year. His experience with the Raiders playing both nose and three-technique defensive tackle puts him in line to compete for a job on the interior of the Minnesota defensive line.


He took to Twitter late Sunday night, writing, "One thing I know is God got me." Hall also had tweeted about his inglorious arrival in Southern Nevada last week.

Raiders coach Jon Gruden had mentioned Hall on Thursday as a player who needed to step up in training camp when asked about second- and third-year defensive linemen.

"Getting Rod Marinelli is the best thing I can do to allow that to happen," Gruden said last week. "I really believe he's as good of a coach as I've ever seen when it comes to developing defensive line. I saw him do it with Simeon Rice, I saw him do it with a number of players along his career, and I'm counting on that happening."