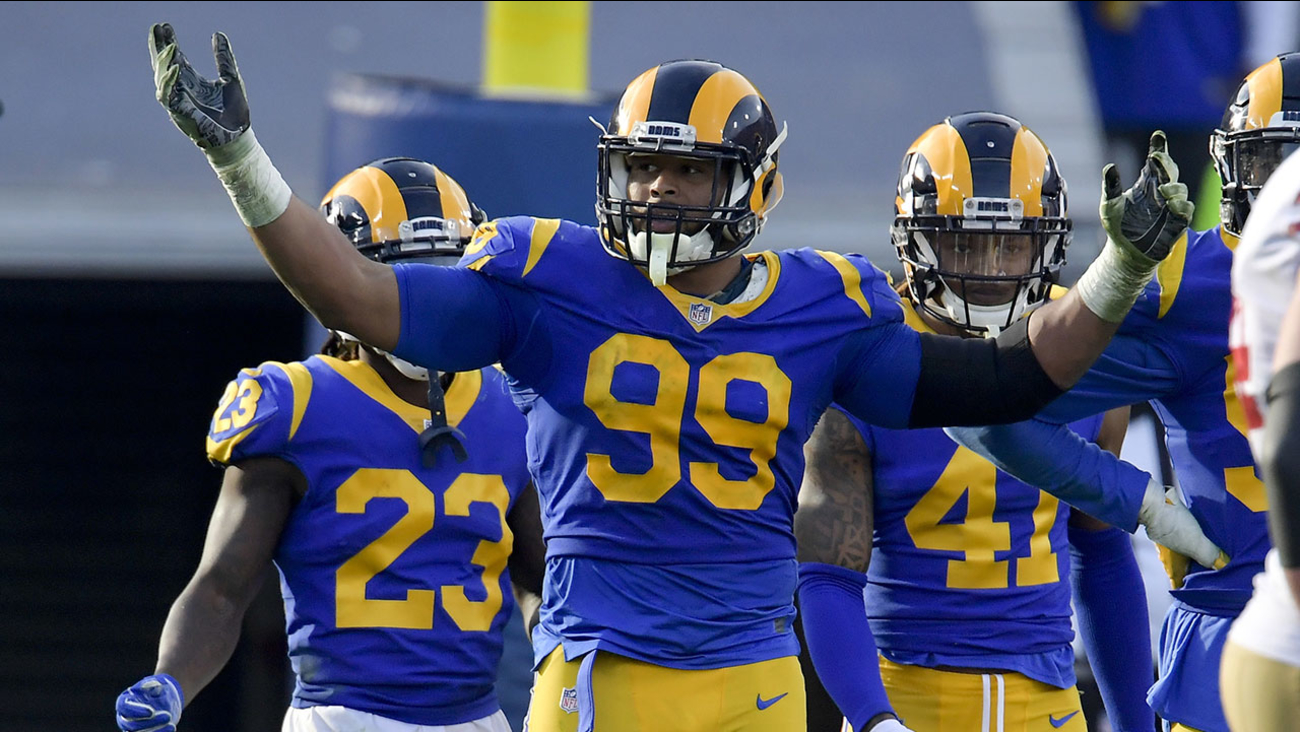 LOS ANGELES (KABC) -- The Los Angeles Rams locked up a first-round bye in the playoffs and finished with their best regular-season record in 17 years with a dominant 48-32 win over the San Francisco 49ers on Sunday.

The win earns the Rams the No. 2 seed in the NFC and gives them an extra week of rest before starting the playoffs.

They finish the season 13-3, tied with the New Orleans Saints for the best record in the NFC.

That's their best performance since 2001, when the "Greatest Show on Turf" St. Louis Rams finished 14-2 behind Kurt Warner's MVP season and went to Super Bowl XXXVI, losing 20-17 to the New England Patriots.

The Rams were so dominant from the start that that coach Sean McVay sent in backup quarterback Sean Mannion for the whole fourth quarter. At that point, Jared Goff had already thrown for four touchdowns and 199 yards on 15-26 completions.
Report a correction or typo
Related topics:
sportslos angelessan francisco 49erslos angeles ramsnflfootball
Copyright © 2020 KABC-TV. All Rights Reserved.
More Videos
From CNN Newsource affiliates
TOP STORIES