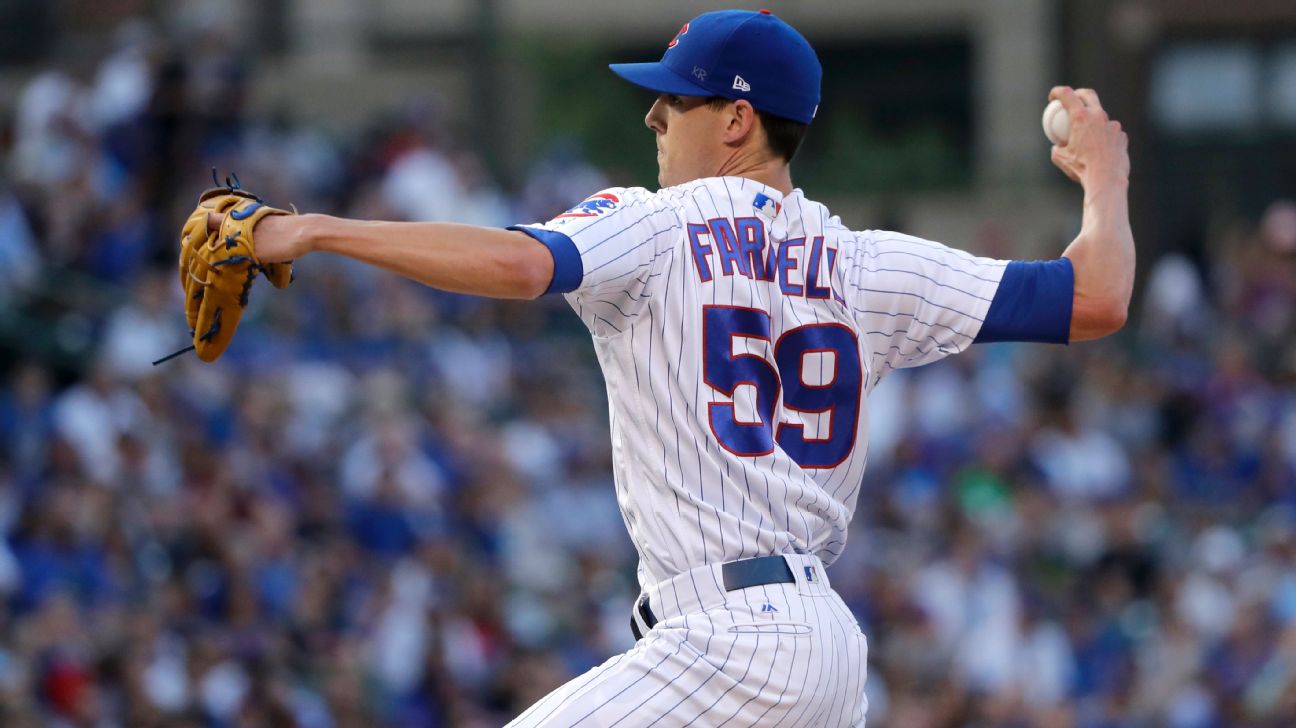 Farrell, the son of former big league manager John Farrell, went 3-4 with a 5.17 ERA in 20 appearances (two starts) for the Chicago Cubs last season before the Angels got him on a waiver claim Sept. 3. He never pitched for Los Angeles before being designated for assignment by the team last month.