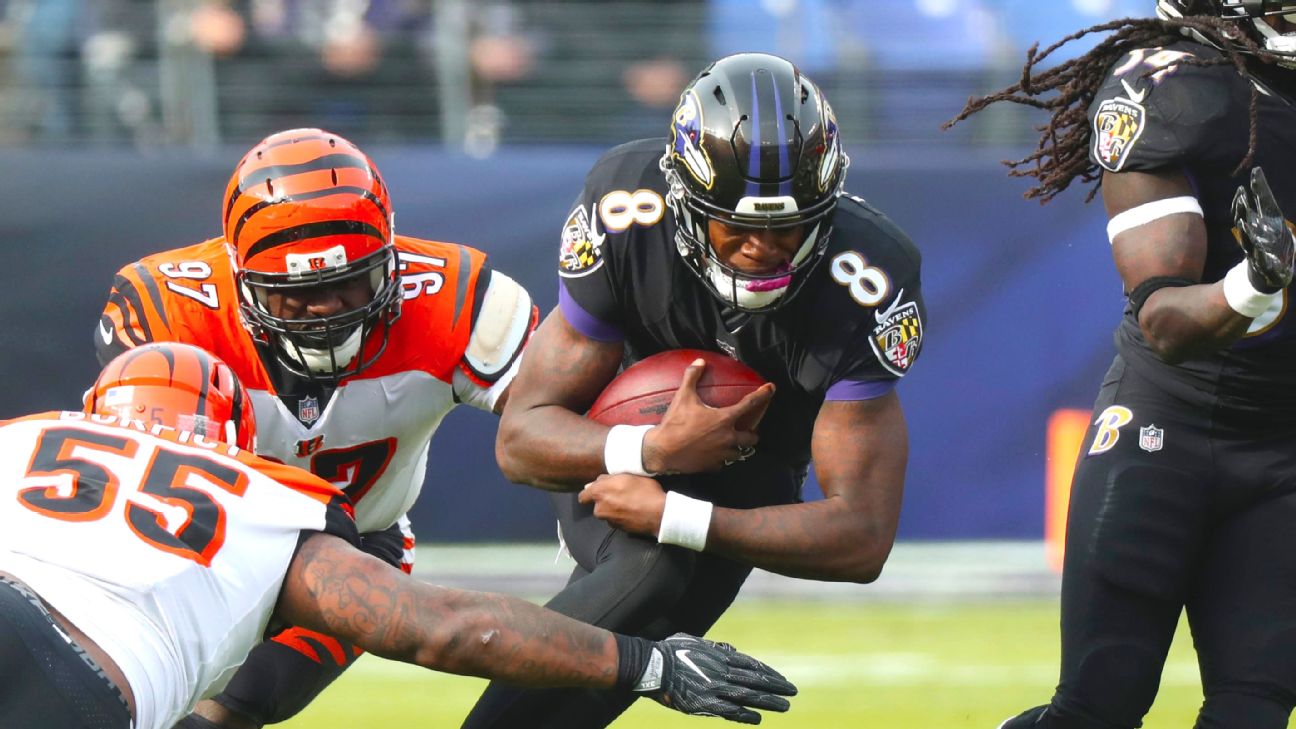 OWINGS MILLS, Md. -- There is no mystery surrounding the Baltimore Ravens' starting quarterback position this week.

"I'm counting on Lamar being the starter for this game," Harbaugh said after Friday's practice. "I think that's pretty straightforward."

Joe Flacco, the Ravens' starter for the past 11 seasons, hasn't practiced since injuring his right hip in a 23-16 loss to the Pittsburgh Steelers.

Harbaugh said last week that Flacco could play after not participating in practice. Now that's not the case after Flacco missed his second straight week of practice.

Flacco was officially ruled out for the game against the Raiders on Friday.

Jackson, the No. 32 overall pick in this year's draft, led the Ravens to a 24-21 victory over the Cincinnati Bengals last Sunday, becoming the first quarterback to rush for more than 100 yards in his first NFL start. He ran the ball 27 times, which was the most by a quarterback in the Super Bowl era.

Jackson's next step is showing defenses that he can hurt them with more than his legs. He was 13-of-19 for 150 yards and an interception Sunday.

Harbaugh hasn't noticed a difference in Jackson going into his second start.

"He's always confident and into it," Harbaugh said. "He's kind of the same. It's interesting. He's kind of Lamar, and he's a joy to be around."

Jackson is facing an Oakland defense that has allowed 29.3 points per game, which is the third-worst in the NFL.