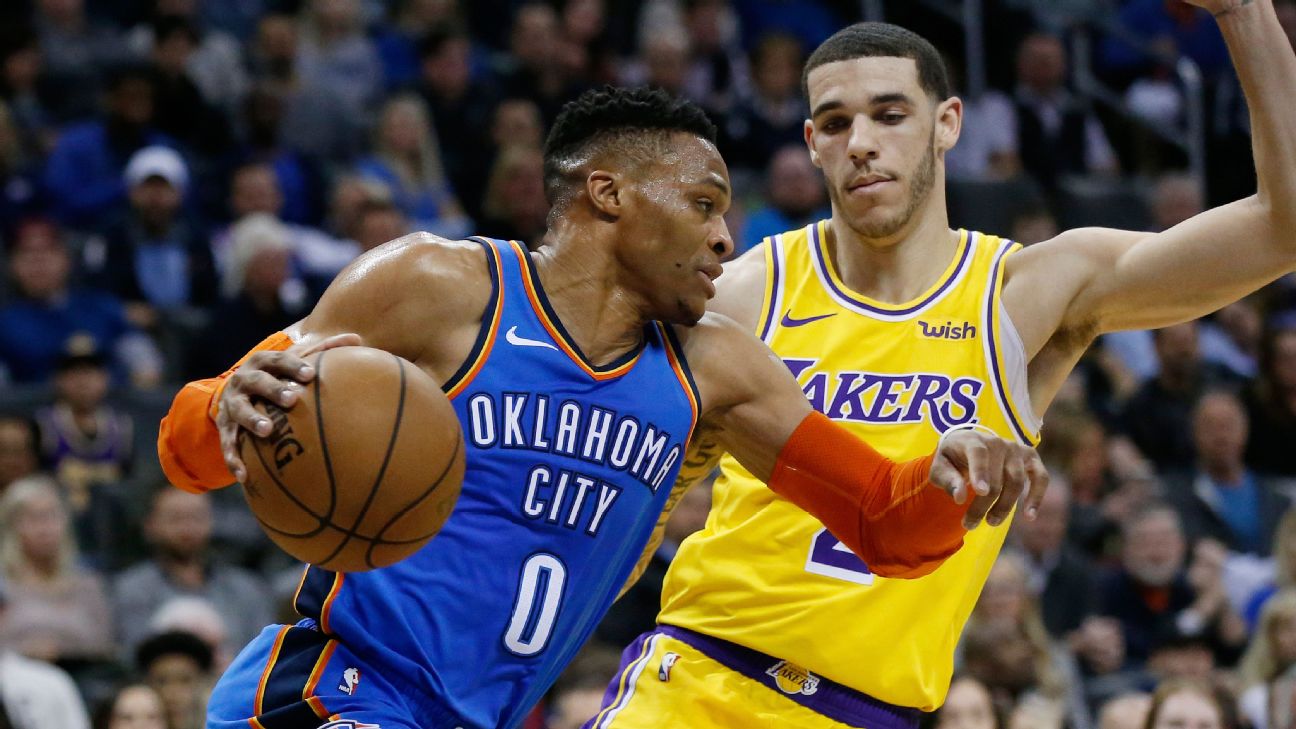 OKLAHOMA CITY -- The referees admitted that a shooting foul called on theLos Angeles Lakers' final defensive possession in regulation Thursday night against the Oklahoma City Thundershould not have been called.

The call ultimately didn't matter, with the Lakers going on to win in overtime 138-128.

With 2.9 seconds left in the fourth quarter and the Lakers up 122-119,Lonzo Ball was whistled for a foul on Russell Westbrookas Westbrook received an inbounds pass and made his way toward the 3-point line to hoist a shot.

The refs awarded Westbrook three free throws, and he hit all three to tie the score and force the extra session.

"The official called the foul because at the time he thought Russell had started his shooting motion and he was clearly behind the 3-point line and there was illegal contact by Ball," Washington said.

LeBron James, who is not on the road trip with the Lakers as he continues to rehab a strained left groin that has caused him to miss the past 12 games, chimed in on the call on Twitter.

After the shooting foul was called, Lakers coach Luke Walton and several Lakers players, including Tyson Chandler, pleaded for the referees to consider a replay review of the play but none was granted.

"There is not a trigger to review whether or not there is a foul prior to or on the shot," Washington told the pool reporter. "The trigger would be whether or not it is a 3-point shot or not. And upon being able to see the review of the play, we realized that the illegal contact actually happened prior to his upward motion, so it should have been a side-out."

Before the referees offered their explanation, Walton took responsibility for how the sequence played out.

"That was a miscommunication by us, so we'll take that," Walton said. "We told him to foul, but it was loud in there. I don't think he [heard]. We meant right when he got the ball inbounds to foul."

Ball said he understood the instructions and disagreed with the official's call in the moment.

"They told me to foul," Ball said. "[Kentavious Caldwell-Pope]had [Westbrook]. He got by KCP, so I switched on him and I thought I got the foul off before he got up to shoot the ball. But apparently, that's not what happened."

And before Ball heard the referees' explanation, he took the blame for Westbrook getting a chance to tie the score from the line on a night he shot 7-for-30 from the field.

"It's my fault he hit the free throws, so maybe I should've fouled him a little earlier," Ball said. "But I had to just wash it off. Told my teammates I got them for the next five minutes, and I feel like I did pretty good."

Indeed, Ball led all scorers in overtime with five points as the Lakers pounded the Thunder 16-6. His points in overtime came on a 3-pointer and an acrobatic layup he dropped in to finish with 18 points on 7-for-17 shooting, 10 assists and 6 rebounds. Westbrook had 26 points but missed 23 shots. He also had 13 assists and nine rebounds.

"Hell of a response for him," Kuzma said. "Obviously we could have fouled guys in that situation given the foul count, but it wasn't meant to be. For him to come in, not dwell on that and hit some big-time shots and passes in overtime, [it] helped win us the game." 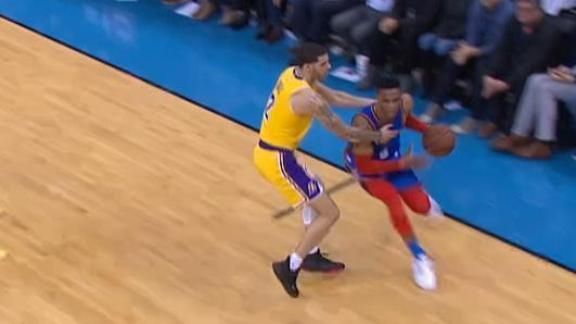