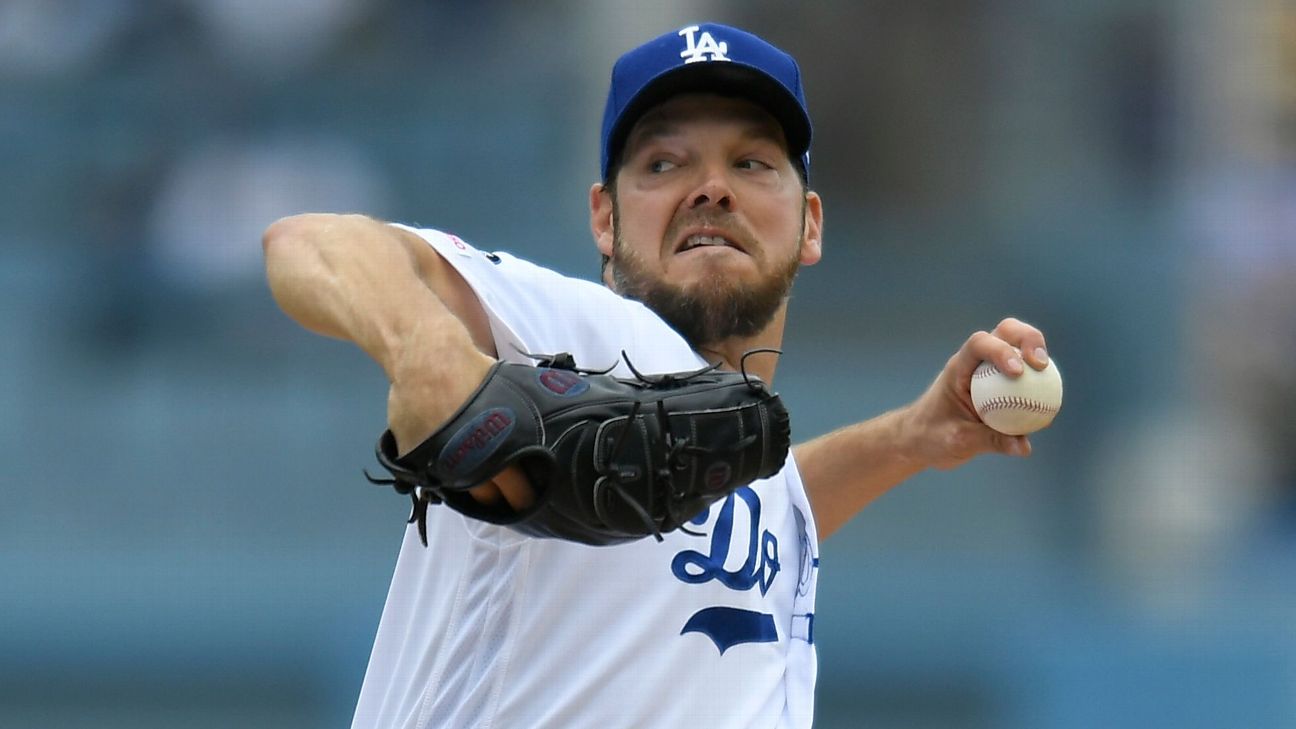 Rich Hill and his wife, Caitlin, were met with an unfathomably difficult decision early in the 2014 calendar year -- whether to go against doctors' recommendations and put their newborn son through dialysis, or take him home on hospice care so that he could die peacefully.

"I honestly wouldn't wish that sort of decision on my worst enemy," Hill, the Los Angeles Dodgersveteran starting pitcher, wrote as part of a 3,900-word essay for The Players' Tribune that detailed the death of his infant son, Brooks, who had a rare brain disorder and malfunctioning kidneys.

Hill and his wife chose hospice and watched Brooks pass away on the night of Feb. 24, 2014, less than two months after his birth.

Brooks was diagnosed with lissencephaly and congenital nephrotic syndrome, a combination that had only ever struck 50 people worldwide. Hill wrote about the initial "ultra-male mode" he went into of Googling symptoms and trying to fix the problem; about deciding whether to include his 18-month-old son, Brice, in what was happening; and about how they whispered the song "Take Me Out to the Ballgame" in Brooks' ear during his final moments.

"Caitlin, Brice and I loved Brooks to the moon and back, and we miss him like crazy," Hill, 39, wrote. "He remains a gigantic part of our family to this day, and moving forward after his passing has not been easy. There's no blueprint for how to go on after you've lost a newborn child. You just kind of have to try to do the best you can. In whatever way allows you to make it to the next day. There is no right way to grieve. Everyone grieves differently, and nobody does it well. No one is good at grieving."

Caitlin's pregnancy and Brooks' birth seemed perfectly normal. The problems Brooks showed initially -- a smaller-than-normal head, trouble breastfeeding, thumbs turned toward his palms -- were not considered serious. But then Rich and Caitlin were led into a boardroom at MassGeneral Hospital for Children in Boston and told that their newborn son had "a serious brain malformation" that carried with it a low life expectancy and an assortment of physical and mental deficiencies along the way.

After Brooks' urine was tested, a renal specialist informed the couple that he was also having trouble holding protein in his body. He needed a kidney transplant, but he didn't weigh enough for one. And with his breathing issues there was no guarantee that he would make it through the anesthesia. Brooks would eventually need dialysis every two hours, as opposed to the standard six, and doctors urged against attempting that as well.

Rich and Caitlin took Brooks home with the assistance of a visiting nurse about a month after his birth, but more breathing issues prompted his return to the hospital 10 days later. Then it all snowballed. Brooks' kidney readings got progressively worse. His breathing was continually labored, and he opened his eyes only in the dark.

Out of solutions, Rich and Caitlin took Brooks home to comfort him during his final days.

Hill reported to camp with the Boston Red Sox six days after Brooks was buried because, as he wrote, "I needed to get away. We all did, really."

At the funeral, a hospice doctor told Hill to "be kind to yourself" during the grieving process, and Hill has taken those words to heart. He has been touched by how often Brice brings up his younger brother, validating the decision to include him in Brooks' final days. The park across the street from the family's house will now be named Brooks Hill Playground, and the Hills have launched a campaign, Field of Genes, that included an initial $575,000 donation to MassGeneral Hospital for Children.