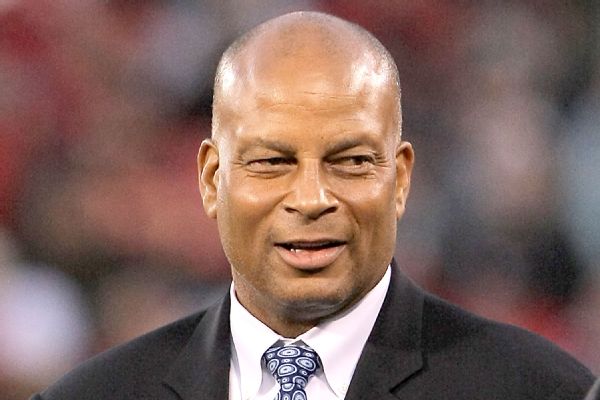 Former USCstar Ronnie Lott, who played on four Super Bowl-winning teams, headlines a list of six people who have been appointed to the 13-member College Football Playoff selection committee, it was announced Wednesday.

Boivin is the second woman to be named to the committee, following the tenure of former Secretary of State Condoleezza Rice.

The new members will each begin a three-year term this spring, and current committee member Rob Mullens, the athletic director at Oregon, will be the new selection committee chairman.

"These are high integrity people who know and love college football," CFP executive director Bill Hancock said in a statement. "Each one of them has built a distinguished career based on diligence and doing things the right way. We're delighted that they will be joining the committee."

Hancock also said Mullens' term has been extended one more year so he can serve for two seasons as committee chair. His term was set to expire in February 2019.

Lott, a 2002 College Football Hall of Fame inductee, helped the Trojans win the national title in 1978, followed by appearances in back-to-back Rose Bowl games. He graduated from USC in 1981, the same year he was chosen in the first round of the NFL draft.

Lott played professional football for 14 seasons before retiring in 1995. He was inducted into the Pro Football Hall of Fame in 2000. An eight-time first-team All-Pro selection and 10-time Pro Bowl defensive back, Lott is now a businessman in the San Francisco Bay Area.

Boivin, an Illinois alumna, spent more than 20 years at The Arizona Republic before she took a job in the sports journalism program at Arizona State University.

Stansbury, a 1984 graduate of Georgia Tech who grew up in Canada, played for the Yellow Jackets from 1980 to 1984 as a middle linebacker and on special teams for coach Bill Curry. He was selected in the third round of the CFL draft by the Saskatchewan Roughriders in 1984.

Castiglione, who has led the Sooners' athletic department since 1998, has served on the NCAA baseball committee and was the chairman of the men's basketball committee (2015-16). He is a 1979 graduate of Maryland.

Before he became the athletic director at Florida, Stricklin served in the same role for six years at his alma mater, Mississippi State. He has also worked in athletic departments at four other FBS schools:Kentucky(2003-08), Baylor(1999-2003), Tulane(1998) and Auburn(1993-98).