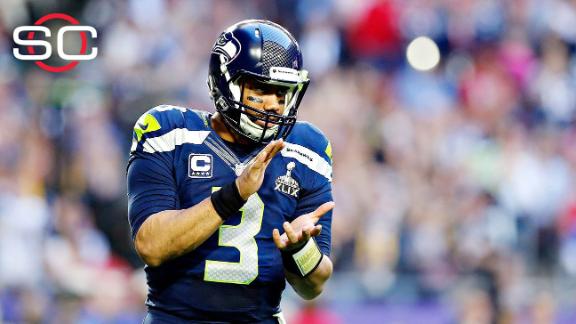 Mark Rodgers, the agent for quarterback Russell Wilson, sent a 16-page letter to the Seattle Seahawks stating his position on the contract negotiations between the team and Wilson.

Multiple sources confirmed the news Monday, which was first reported by the NFL Network. Rodgers sent the letter after making his case on 710 ESPN Seattle radio 10 days ago.

Wilson is scheduled to make $1.54 million this season in the fourth and final year of his rookie contract, which was a $2.99 million deal he signed as a third-round draft choice out of Wisconsin in 2012. Exactly what was said in the letter is not known, but it's likely Rodgers emphasized the point he stated in his radio interview that Wilson is prepared to play out his rookie contract and see what happens.

"Russell is under contract with the Seahawks," Rodgers said. "He absolutely would be fine playing his fourth year under the contract he signed coming out and then moving on from there. I don't feel any particular crunch on time or any real particular deadlines."

"I'm prepared for that 100 percent if that's the case," Wilson said about the final year of his contract. "I want to be here for a long time. I just have to get ready to play. I love the game, and I love being out here with these guys. Ultimately, I just take it one day at a time and see where it takes me."

Rodgers is primarily a baseball agent who reportedly often sends detailed letters to team officials on behalf of his clients seeking new contacts. Rodgers also has a history of taking his clients into free agency and testing the open market, but that probably isn't an option for Wilson at this point.

If Wilson and the Seahawks do not reach an agreement before the end of the 2015 season, the team can place a franchise tag on Wilson that likely would cost between $21 million and $24 million for the 2016 season.