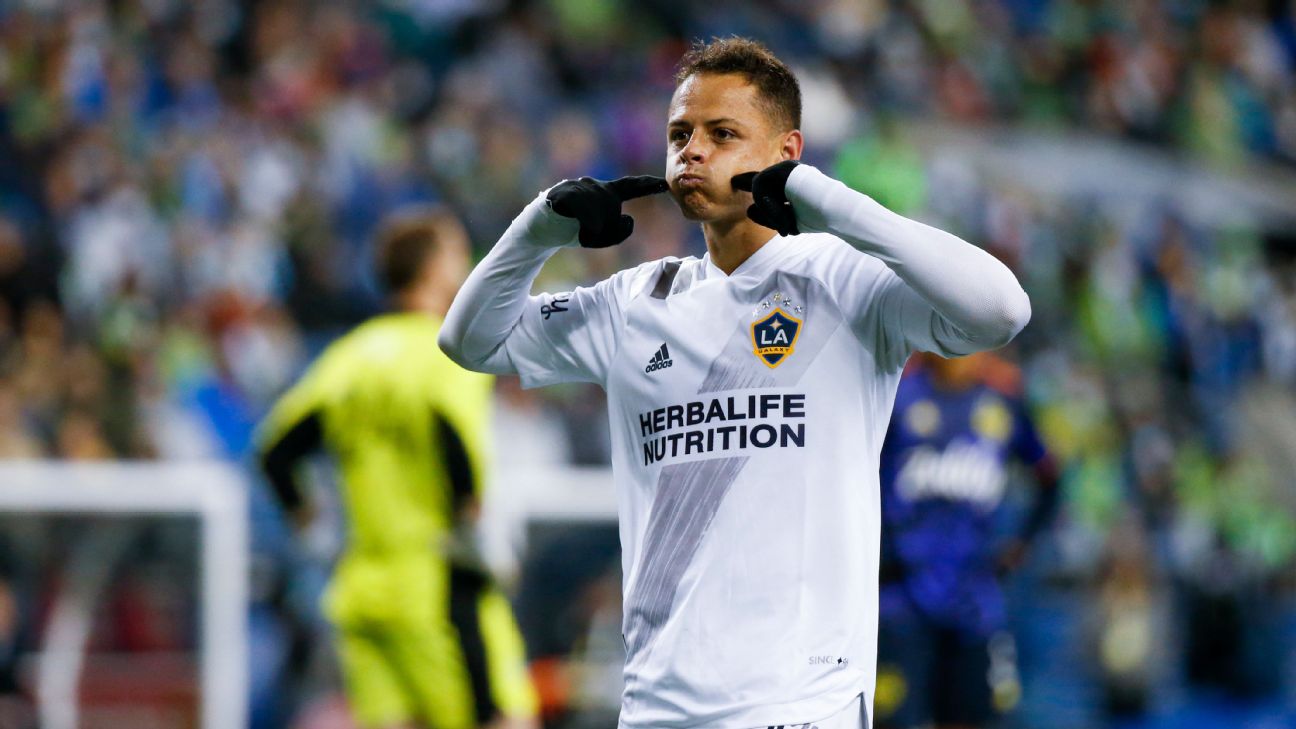 Raul Ruidiaz scored on a penalty kick in the 50th minute as the Seattle Sounders moved into sole possession of first place in the Western Conference on Monday after a 1-1 tie with the visiting LA Galaxy.

The Sounders (17-8-8, 59 points) inched past Sporting Kansas City (58 points) for first place with one game remaining, at the Vancouver Whitecaps on Sunday. Sporting KC still has two games remaining: Wednesday at Austin FC and on Decision Day at home against Real Salt Lake.


Javier "Chicharito" Hernandez scored off a corner kick in the 19th minute for the Galaxy (13-12-8, 47 points), who moved into sixth place in the Western Conference on a tiebreaker over the Whitecaps. The Galaxy are one point behind fifth-place Minnesota United, whom they will face at home on Decision Day.

Xavier Arreaga had a chance to give Seattle the late victory, but a point-blank header in the second minute of stoppage time was saved by the Galaxy's Jonathan Bond.

Bond had two saves, while Stefan Frei had three saves in goal for the Sounders.


The Sounders welcomed the return of star forward Jordan Morris, who spent eight months recovering from knee surgery after an ACL injury while on loan with Swansea City in the English Championship. Morris came off the bench to play the final 30 minutes.

The Galaxy jumped in front early off a corner kick from Sebastian Lletget. Teammate Nick DePuy got a slight deflection with his head, and the ball fell to the feet of Hernandez, who used his right foot to back-heel the ball into the net.

It was Hernandez's 15th goal of the season and the first time he scored in back-to-back games since June.

The Sounders got even in the second half after Los Angeles' Oniel Fisher tripped Cristian Roldan as he entered the right side of the penalty area. Ruidiaz converted the penalty on a chip shot past Bond for his 17th goal of the season.

Ruidiaz moved into a tie for second place on the MLS goal list with D.C. United's Ola Kamara. They are one goal behind New York City FC's Valentin Castellanos. 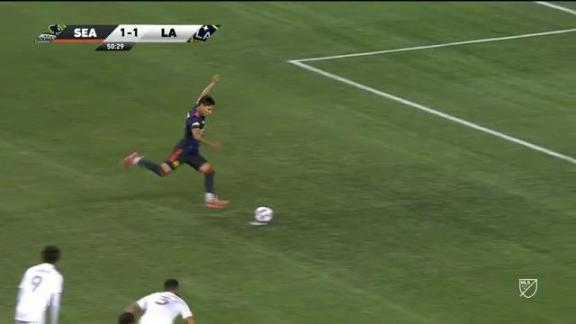