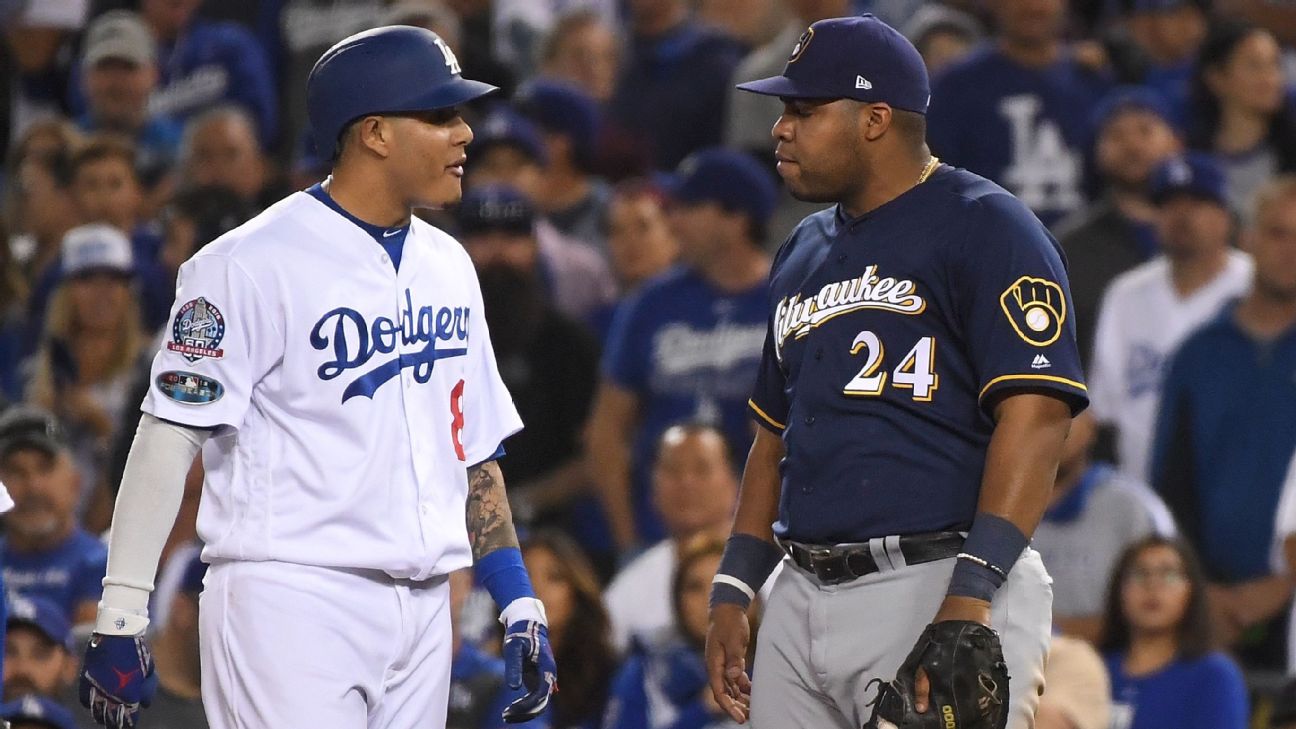 LOS ANGELES -- Los Angeles Dodgers shortstop Manny Machado was fined an undisclosed amount of money, but not suspended, for the way he ran through first base on Tuesday night, an industry source confirmed to ESPN.

The Athletic first reported that Machado was fined.

The incident prompted both benches to clear in the 10th inning of Game 4 of the National League Championship Series, an eventual 2-1 win by the Dodgers in the bottom of the 13th inning. Machado seemed to later apologize to Milwaukee Brewers first baseman Jesus Aguilar, who afterward said they "turned the page."

But Brewers outfielder Christian Yelich described it as "a dirty play by a dirty player" as part of an expansive condemnation of Machado.

"I was trying to get over him and hit his foot," Machado said in response. "If that's dirty, that's dirty. I don't know. Call it what you want."

Machado also sparked controversy with the way he slid into second base in Game 3, reaching out with his hand in an attempt to keep Brewers shortstop Orlando Arcia from turning a double play and getting called for interference after the second occurrence.

The next night, he seemed to intentionally kick Aguilar's right foot while it resided on first base after a groundout. Machado hugged Aguilar after he reached base in the 13th inning, then came around to score the winning run onCody Bellinger's walk-off single. After the game, Machado intimated that he and Aguilar are longtime friends and called him "a great guy."

But Yelich and Travis Shaw, who called it "a pretty dirty play" and "not a mistake," responded with pointed criticism toward Machado. Brewers manager Craig Counsell was asked after Game 4 whether Machado was going beyond the limits of playing hard and responded by saying: "I don't think he's playing all that hard."

Speaking hours before Wednesday's Game 5, Dodgers manager Dave Roberts said his club is unconcerned by the Brewers' comments and that Machado is simply "preparing to help us win today."

Machado went 0-for-2 with a walk and a run scored in the Dodgers' 5-2 win, helping them to a 3-2 series lead, and didn't want to address the fine postgame.