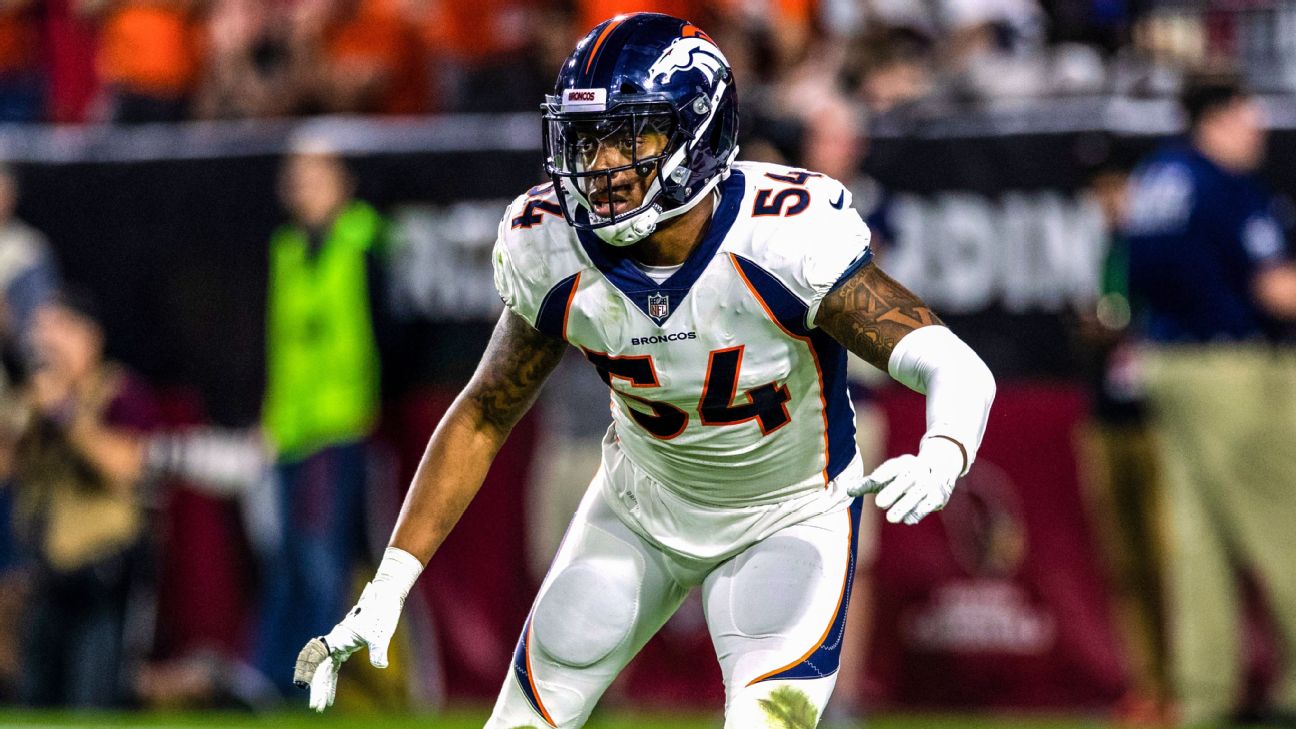 ALAMEDA, Calif. - In a somewhat surprising move, the Oakland Raiders have "terminated" linebacker Brandon Marshall, a source told ESPN NFL Insider Adam Schefter, a day before teams have to reduce rosters from 90 players to 53.

Marshall, who spent the previous six seasons with the Denver Broncos, is the second high-profile veteran linebacker from an AFC West rival to be cut in as many years, along with Derrick Johnson, who lasted a mere six games in 2018.

The move also ended the Las Vegas native's dream of playing for his hometown team with the Raiders moving to southern Nevada in 2020.

"So, when the opportunity happened I came in for my visit and they initially start talking about Vegas. They showed me the model of the stadium. They were selling me on Vegas, and I was like, 'Well, you ain't got to sell me because I'm already in.' I'm happy to be here. I'm happy to be part of a team that's established a new culture around here, a new set of standards, so I think it's going to be good."

Marshall, who turns 30 on Sept. 10, signed a one-year deal with the Raiders in March after becoming a free agent by declining his 2019 option with Denver.

Seen as one of the best coverage linebackers in the NFL, Marshall started 63 games and won a Super Bowl with the Broncos, but played in just 11 games in 2018 because of a knee injury. He was still hobbled in the offseason program and used camp and the exhibition season to get himself back in shape and had been slated to start at weakside linebacker.

But his playing deep in the exhibition last week in Winnipeg, Canada against the Green Bay Packers was a red flag as starters and other front-line players had been given the game off.

Coach Jon Gruden was high on Marshall after he made it through the first three days of camp without injury.

"It's big for his confidence," Gruden said. "He went through a lot last year in Denver and I credit our training staff and A.J. Neibel, our strength coach. We stayed patient with him, and we knew if we could get him to training camp and get him rehabbed, he's one of the best coverage linebackers in football. Great range and he's a world champion; he's played a big part of the Broncos' success, and it's good to have a guy from Denver. I'd like to get a few more of those guys, get them off their team, too. They're pretty good."
Report a correction or typo
Related topics:
sportsespnnflbrandon marshalloakland raiders
Copyright © 2022 ESPN Internet Ventures. All rights reserved.
TOP STORIES
Suspect ID'd after 6 killed, dozens hurt in IL parade shooting
Suspect arrested in alleged sexual battery inside OC storage facility
3 killed, at least 6 injured in multi-car crash in Winnetka
1 killed in street racing crash in Jurupa Valley
Joey Chestnut, Miki Sudo win Nathan's Hot Dog Eating Contest
Hip-hop dance icon Bruno 'Pop N Taco' Falcon dies at 58 in SoCal
Burger King worker goes viral; more than $320K raised on GoFundMe
Show More
Heat from Woodland Hills building fire detected from space, NWS says
16-year-old girl wounded in Long Beach shooting
4th of July Parade held in Huntington Beach
Man killed in Jefferson Park shooting after intervening in argument
Grand Park 4th of July Block Party returning after 2 cancellations
More TOP STORIES News