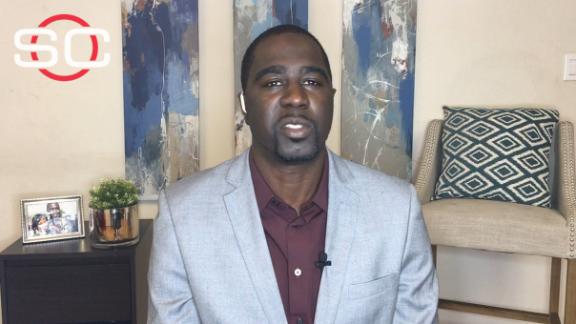 The Cleveland Cavaliers continue to pursue a trade for Paul George and will be leading contenders for Carmelo Anthonyshould Anthony secure an offseason buyout from the New York Knicks, according to league sources.

Sources told ESPN that the Cavaliers engaged in serious three-way trade discussions leading up to the NBA draft on a deal that would have brought them George from the Indiana Pacers and landed Kevin Love, George's fellow Eastern Conference All-Star, with the Denver Nuggets.

The Nuggets were recruited into the talks to furnish the Pacers with the combination of promising young players and draft picks that they are seeking before consenting to surrender George. Aaron Mintz, George's agent, informed Indiana management just over a week ago that George, 27, has no intention of staying with the club beyond the expiration of his current contract in June 2018.

The three teams could not agree to a final trade construction in time to complete a deal on draft night Thursday. However, sources say the Cavaliers won't abandon their trade pursuit of George, believing that acquiring him and George's potentially winning a championship next season alongside LeBron James is the one scenario that could convince the two-way menace to abandon his well-chronicled desire to join the Los Angeles Lakers as soon as possible.

The Lakers, Houston Rockets, Boston Celtics and San Antonio Spurs are among the teams, sources say, that also pursued George trades aggressively in conjunction with the draft.

Sources say the Nuggets, meanwhile, have made upgrading at power forward one of their offseason priorities, which is why they covet Love.

The specific players Denver would have sent to Indiana are not immediately known, but veteran forwards Kenneth Faried and Wilson Chandler and guard Emmanuel Mudiay are all known to be available. The Nuggets, sources say, have made versatile big man Nikola Jokic and prized first-year guard Jamal Murray off-limits in trade discussions.

In one version of the potential three-team swap, Faried would be Cleveland-bound, league sources told ESPN.

Pacers president Kevin Pritchard, speaking to local reporters after Thursday night's draft, referred to the recent disclosure from Mintz regarding George's refusal to stay in Indiana beyond next season as "a total gut punch."

But Pritchard also expressed confidence in the same interview that the Pacers would find a palatable George deal in the near future, saying: "We have to look at every scenario. I'm confident that we'll get something, and there's so many things on the board."

Both the Cavaliers and Nuggets, when reached by ESPN over the weekend, declined comment about the proposed three-way George trade. Pritchard has refused ESPN's interview requests this month.

The Cavaliers remain without a full-time general manager since the abrupt recent parting between owner Dan Gilbert and GM David Griffin. However, Cleveland remains highly aggressive in pursuing immediate upgrades to its roster in the wake of a 4-1 NBA Finals defeat toGolden State, knowing that face of the franchise James has only one season left on his contract.

As ESPN first reported Tuesday, Cleveland made a trade push to acquire Jimmy Butler from Chicago before the Bulls wound up sending Butler to Minnesotaon draft night.

ESPN's Brian Windhorst subsequently said in an NBA on ESPN Radio interview Thursday night that both Anthony and the Bulls' Dwyane Wade are candidates to sign with the Cavaliers in free agency this summer if they can secure buyouts from Chicago and New York, respectively.

The Knicks' inability to find a workable trade for Anthony -- who possesses a full no-trade clause -- and Chicago's decision to trade Butler and start rebuilding around younger players has prompted speculation that both former All-Stars and close friends of James could end up on this summer's open market.

Although no trade for George came to fruition last week, sources say that both the Rockets and the Lakers remain determined to keep pushing for their George deals. It's widely believed that the Celtics, meanwhile, want to sign a marquee free agent this summer, such as Utah's Gordon Hayward, and trade for George.

"Everybody thought today was a trigger date because drafts picks were involved, but that doesn't mean you can't do things into the future: future draft picks, players today, young players, older established players," Pritchard told Indiana-based reporters after the draft. "We're keeping everything on the board." 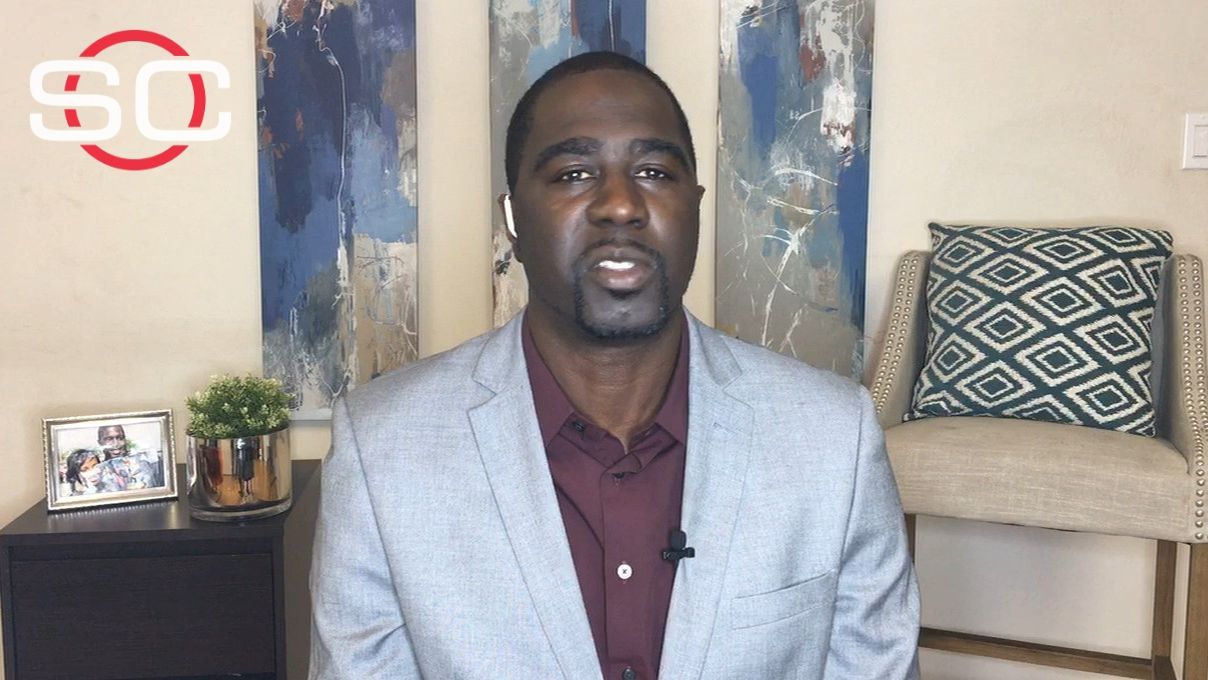 Cavs 3-way trade talk direct result of Finals loss
Chris Haynes says the Cavaliers don't feel like they have the talent and depth to contend with the Warriors and looks to what still needs to happen in order for this blockbuster trade involving Paul George and Kevin Love to go through. 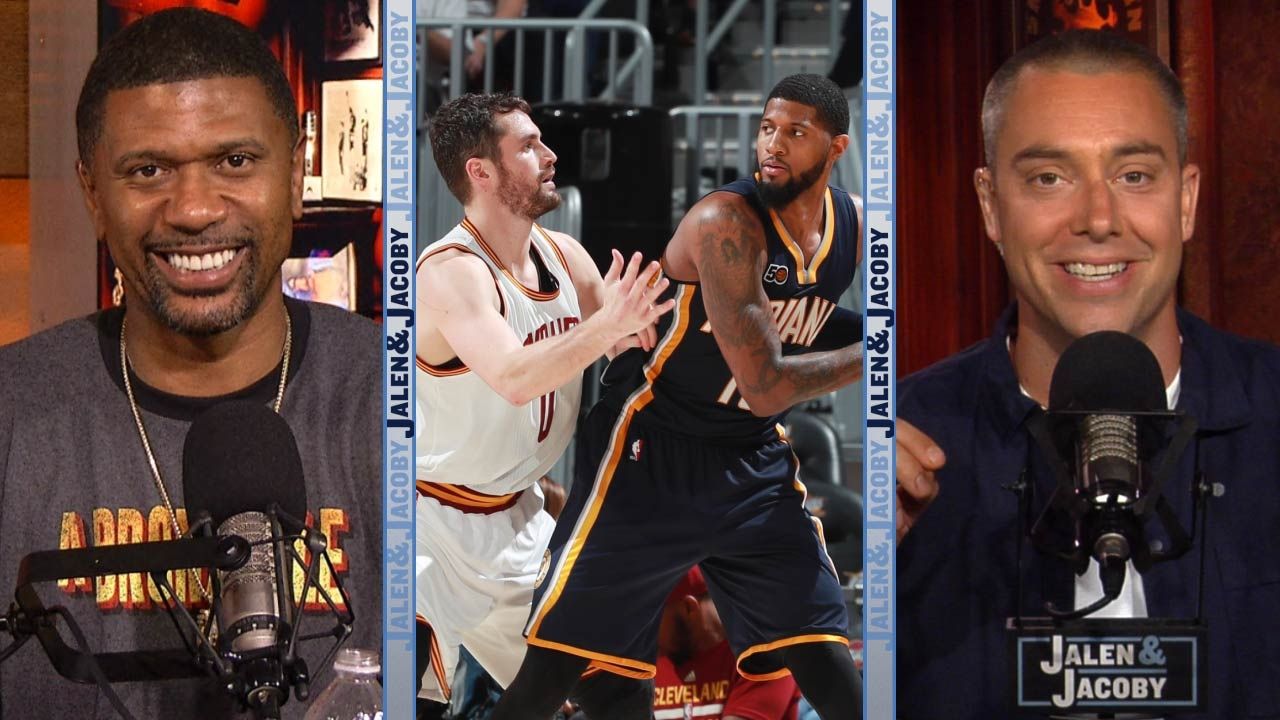