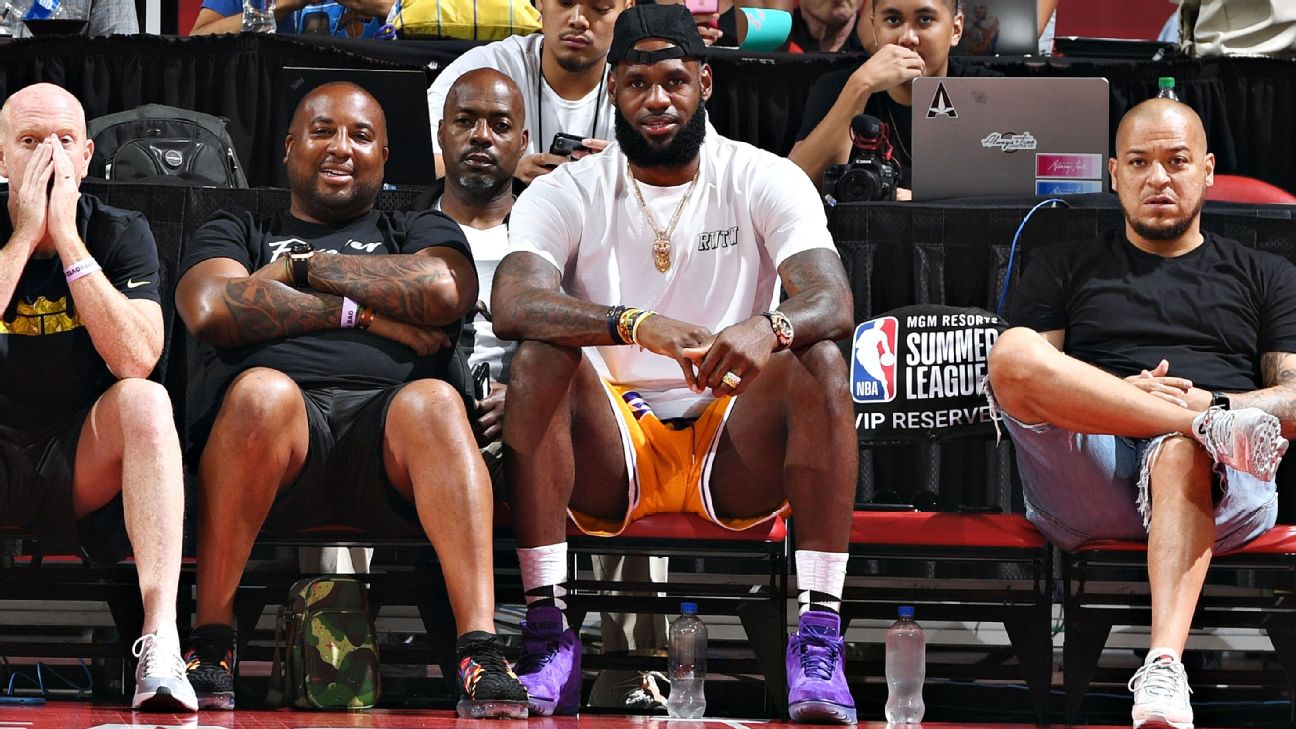 James and the Lakers' game at Golden State will be one of several nationally televised NBA games on the holiday.

The Utah Jazz will host the Portland Trail Blazers in another game, ESPN's Chris Haynes reports.

James' first Christmas Day game as a Laker will be the day's marquee matchup. James, who signed a four-year, $153 million contract with the Lakers in July, faced the Warriors in each of the past four NBA Finals as a member of the Cleveland Cavaliers.

The Sixers and Celtics -- two teams that boast some of the top young talent in the NBA -- will face off in a rematch of their Eastern Conference semifinals series, which the Celtics won in five games.

The Bucks will play on the holiday for the first time since 1977. It is unclear whether Knicks All-Star Kristaps Porzingis will be available for the Christmas Day game. He is currently rehabbing a torn ACL. Porzingis suffered the ACL tear in an early February game against the Bucks.

The Lakers-Warriors, Celtics-Sixers and Knicks-Bucks Christmas Day games were first reported by The New York Times.

Information from ESPN's Ian Begley was used in this report.