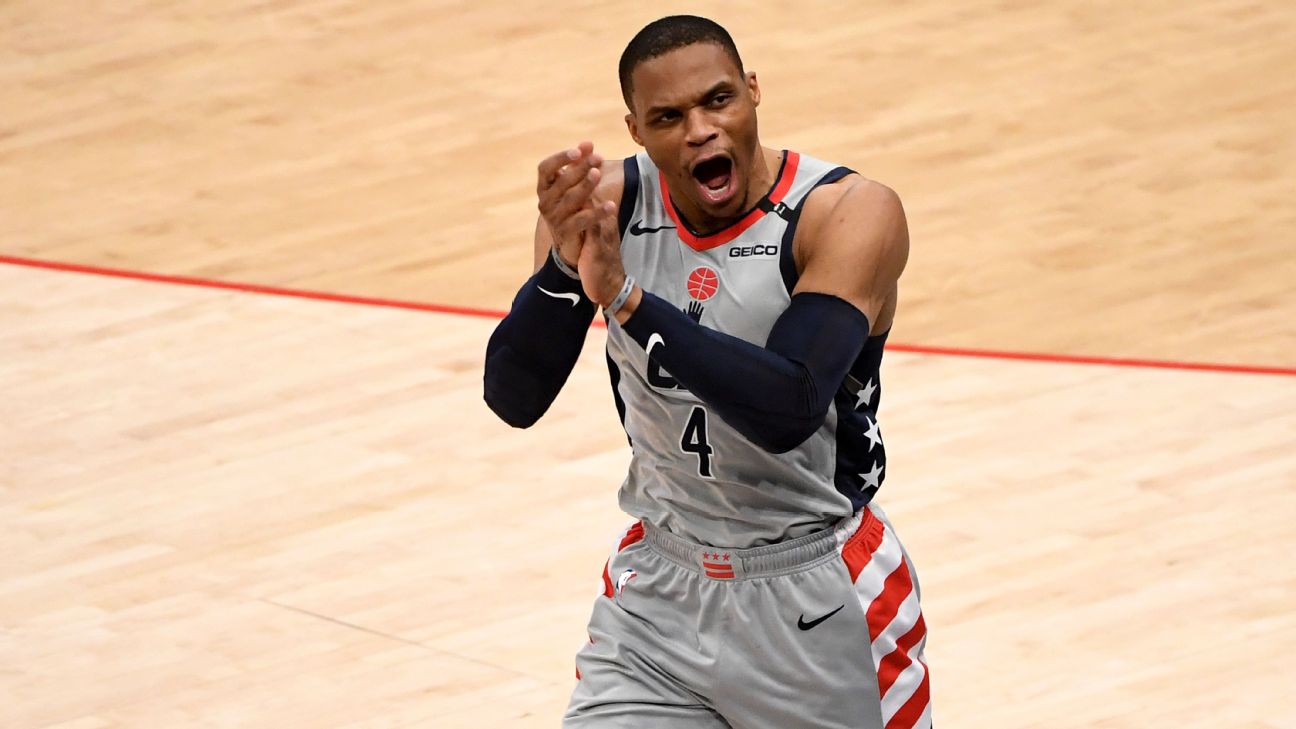 The Wizards are sending 2024 and 2028 second-round picks to the Lakers to complete the deal, sources said.


According to the Athletic, the Wizards took the No. 22 pick and spun it to the Indiana Pacers for point guard Aaron Holiday, the younger brother of Team USA member and current NBA champion Jrue Holiday. With that pick, the Pacers tookKentuckyforwardIsaiah Jackson.

Harrell opted into his $9.7 million player option for next season earlier Thursday, paving the way for the Westbrook trade.

The Lakers also had talks with theSacramento Kings on a possible Buddy Hield deal involving Kuzma and Harrell, sources toldWojnarowski, but ultimately turned to Westbrook.

Westbrook will join LeBron James, Anthony Davis & Co. in Los Angeles, giving the team a nine-time All-Star point guard.Westbrook, who turns 33 in November, has averaged a triple-double in a season four times in his career, including this past season. He gives the Lakers two of the top five players in career triple-doubles: Westbrook has 184, James 99.

The Lakers will be Westbrook's fourth team in as many seasons. He will be the fifth former MVP to play for four different franchises in a span of four seasons or fewer, joining Bob McAdoo, Shaquille O'Neal, Allen Iverson andDerrick Rose, per Elias Sports Bureau research.

The Wizards had acquired Westbrook from the Rockets last December as part of theJohn Walldeal. In his first and only season in Washington, he averaged 22.2 points, 11.5 rebounds and 11.7 assists, although he shot just 43.9% from the floor and 31.5% from 3.


While the trade can't officially be announced until Aug. 6, when the salary cap becomes official, Westbrook penned a goodbye to D.C. on social media Thursday night.

"Thank you DC! You welcomed my family and I with open arms from day one," he wrote. "Everyone from the front office, to the training staff, the coaches, my teammates, and the fans. I'm grateful y'all took a chance on me and supported me every step of the way. I'm blessed to have been a part of such a stand up organization. It didn't take long to make a home in DC, and I will forever be grateful and appreciative of my experience with the organization. Thank you! #thedistrict."

Westbrook's playmaking ability can help the Lakers. L.A. ranked 18th in points per game created off assists in 2020-21. Westbrook has led the NBA in that category in three of the past four seasons, with the lone exception being the year he spent with James Harden in Houston.

Dennis Schroder ran the point for the Lakers this past season, but he turned down the maximum extension the Lakers were eligible to offer him during the regular season to pursue a more lucrative deal as a free agent this summer.

Westbrook, who is from Southern California and played atUCLA , has been intrigued by the idea of returning to his Los Angeles roots, sources said. He's owed$44.2 million this season; the Westbrook-James-Davis trio would combine to earn $121 million in 2021-22 -- 19 entire teams will earn less heading into free agency.


As for Washington, the deal was made with Bradley Beal in mind; it creates some salary-cap flexibility for the future to add talent around the star guard, sources told Wojnarowski. Beal is entering the last year of his contract and is poised to be a free agent next offseason.

News of the deal had an immediate impact at sportsbooks. The Lakers moved from 4-1 to +350 to win the NBA championship at Caesars Sportsbook by William Hill, while they improved from 5-1 to 4-1 at BetMGM. The Brooklyn Nets are +225 favorites to win the title.

Westbrook, meanwhile, is the +110 favorite to be the NBA assist leader.

Information from ESPN's Bobby Marks and David Purdum was used in this report. 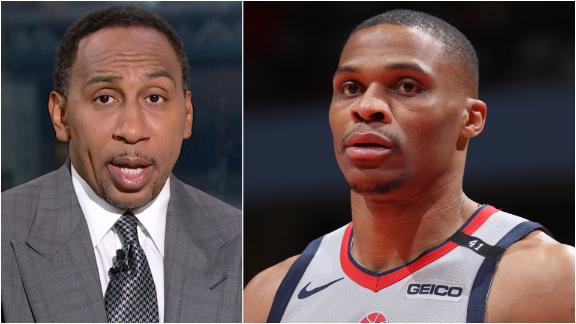