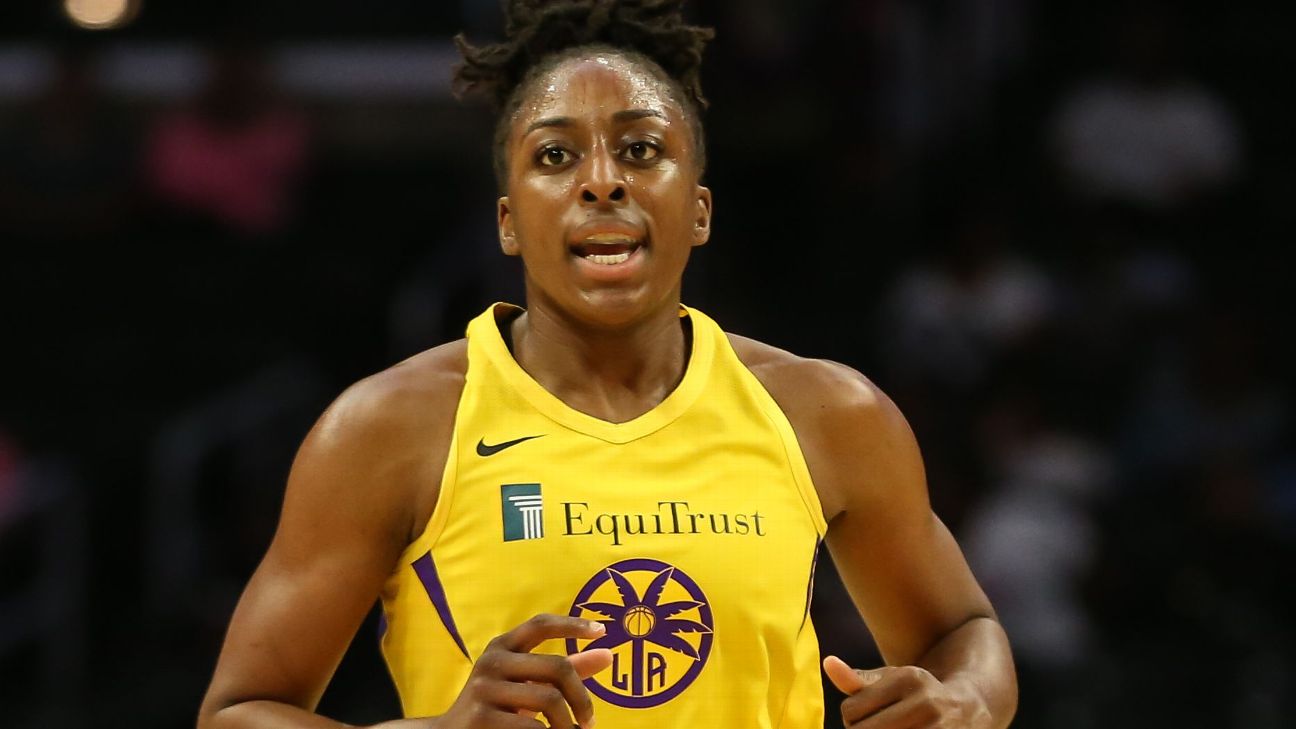 Nneka Ogwumike, Chiney Ogwumike and Elizabeth Williams have sent a letter to the secretary general of FIBA, challenging the organization's rulings on their applications to play for the Nigerian national team at the upcoming Tokyo Olympics, sources told ESPN on Thursday.

If FIBA doesn't grant their appeal, all three plan to appeal to the Court of Arbitration for Sport, sources said. A final roster for the Tokyo Games is due by Sunday.


The appeal argues that the secretary general should've factored in whether their addition would be "in the interest of the development of basketball" in Nigeria as per Article 3-22 of the FIBA Internal Regulations.

"Unequivocally, this is the case for a country currently ranked 17th in the FIBA World Rankings," the appeal argues. "A strong finish by the Nigeria women's basketball team at the Olympic Games would undoubtedly be in the interest of the development of basketball in Nigeria."

Nneka Ogwumike's and Williams' transfer requests were denied because of their "significant involvement" for more than 10 years with USA Basketball. Generally, if players have competed for the United States in FIBA-sanctioned events after having reached their 17th birthday, they are not allowed to play for another country in a FIBA event. However, according to FIBA's regulations on player eligibility, the organization's secretary general may authorize a player to compete for the national team of his or her country of origin if this is in the interest of the growth of basketball in that country.


This is significant, because Chiney Ogwumike was cleared to play for Nigeria as a naturalized citizen, and there can be only one naturalized citizen per roster. Essentially, if Chiney's status isn't changed to full citizenship, like her younger sister Erica, it could potentially affect the ability to add Nneka and Williams if they are subsequently cleared and given a similar status as naturalized citizens.

"They are Nigerian," the appeal reads. "They have family and friends in Nigeria. Their parents are Nigerian. They are just as much at home in Nigeria as they are when they are in the USA ... and would be invaluable assets to Team Nigeria, and would help grow the sport of basketball in Nigeria for years to come."

FIBA has a long history of clearing American players who became naturalized citizens of other countries: Becky Hammon and Epiphanny Prince for Russia, Courtney Vandersloot for Hungary, and Gabby Williams and Bria Hartley with France.