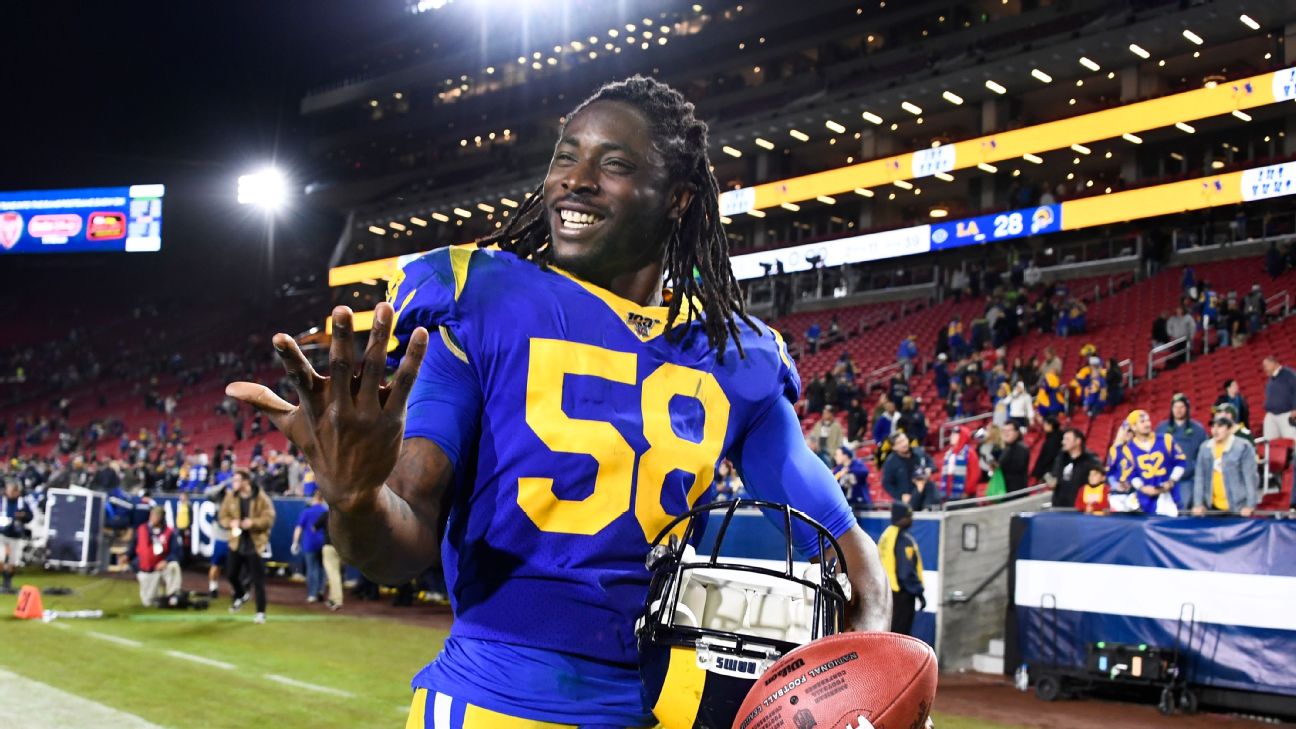 The deal is worth $36 million, including $22 million guaranteed, a source told ESPN's Adam Schefter.

The agreement came one day after Oakland agreed with linebacker Nick Kwiatkoski on a three-year, $21 million deal, according to sources.

Littleton, 26, has led the Los Angeles Rams in tackles for each of the last two seasons while also intercepting five passes over that same span.

An undrafted player from Washington in 2016, Littleton quickly proved himself as a special-teams standout in his first two seasons with the Rams. He then earned a starting role at inside linebacker as a third-year pro.

In 2018, Littleton earned Pro Bowl honors as a special-teams starter.