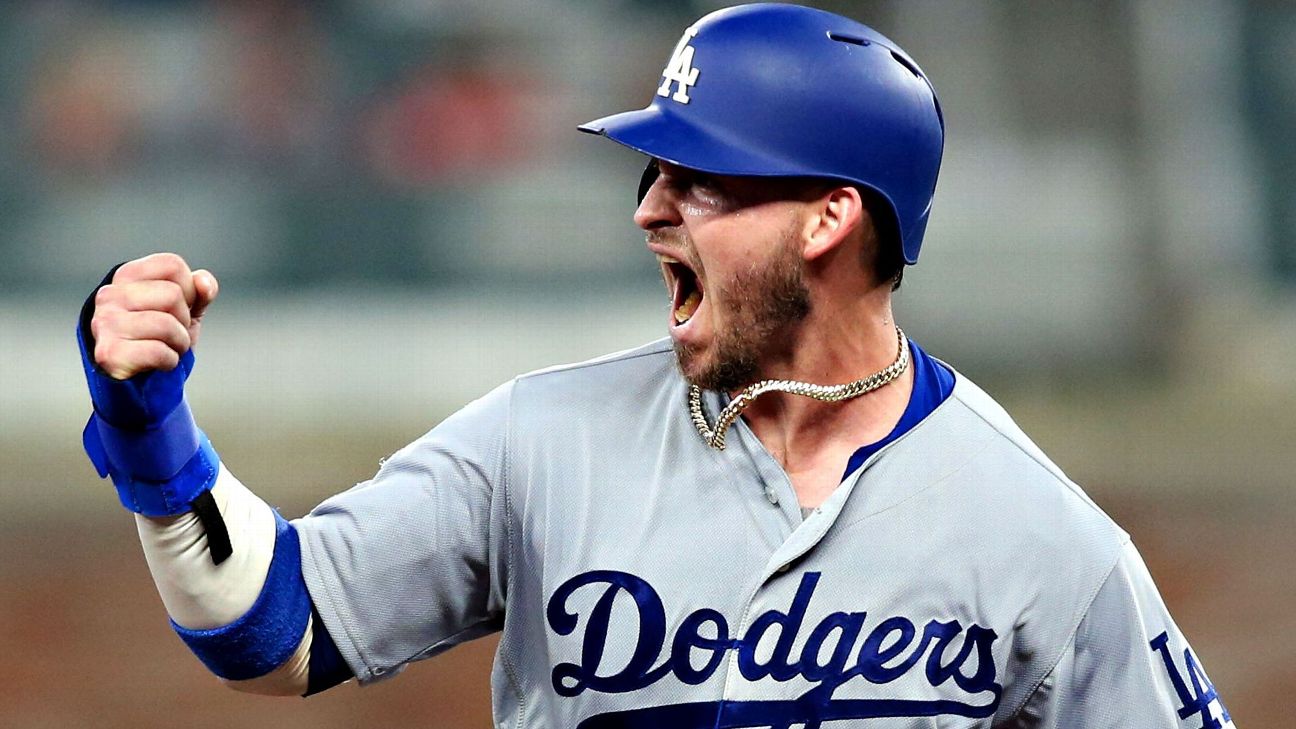 Free-agent catcher Yasmani Grandal agreed to a one-year, $18.25 million deal with the Milwaukee Brewers on Wednesday, league sources told ESPN, joining the reigning National League Central champions on a short-term deal after passing up longer-term options earlier in the winter.

The 30-year-old Grandal, who turned down a one-year, $17.9 million qualifying offer from the Los Angeles Dodgers and could have pursued a four-year deal worth in excess of $50 million from the New York Mets, instead wound up with the Brewers, who stretched beyond their planned budget to sign him, sources told ESPN.

One of the most consistent catchers in baseball, Grandal has batted .240/.341/.441 with 113 home runs and 339 RBIs in 726 games through seven seasons with the San Diego Padres and Dodgers. His .792 OPS from 2014 to 2018 ranks third among catchers, trailing only Buster Posey and Willson Contreras during that stretch.

Grandal's hallmark isn't just his hitting, either. He has ranked within the top four in pitch framing in each of the past four seasons, according to Statcorner, which tracks catchers' abilities to turn pitches outside the strike zone into strikes and prevent those in the zone from being called balls. But Grandal has also committed a major-league-leading 43 passed balls during that same period, a trend that plagued him in the 2018 postseason.

Issues catching the ball got Grandal benched in favor of Austin Barnes in the postseason, putting a bitter end on a 2018 season that saw Grandal post an .815 OPS and hit 24 home runs. He was booed by fans throughout Game 3 of the NL Championship Series amid his struggles, causing teammate Enrique Hernandez to lash out at Dodgers fans.

The Mets' pursuit of Grandal ended with their signing of catcher Wilson Ramos. When Grandal expressed a willingness to sign a shorter-term deal, the Brewers entered the fray, filling a void and giving them their first big move in an offseason in which division-rival St. Louis added star first baseman Paul Goldschmidt and reliever Andrew Miller. The Chicago Cubs, meanwhile, have signed one free agent: utilityman Daniel Descalso.

Grandal's agreement with the Brewers was first reported by The Athletic.