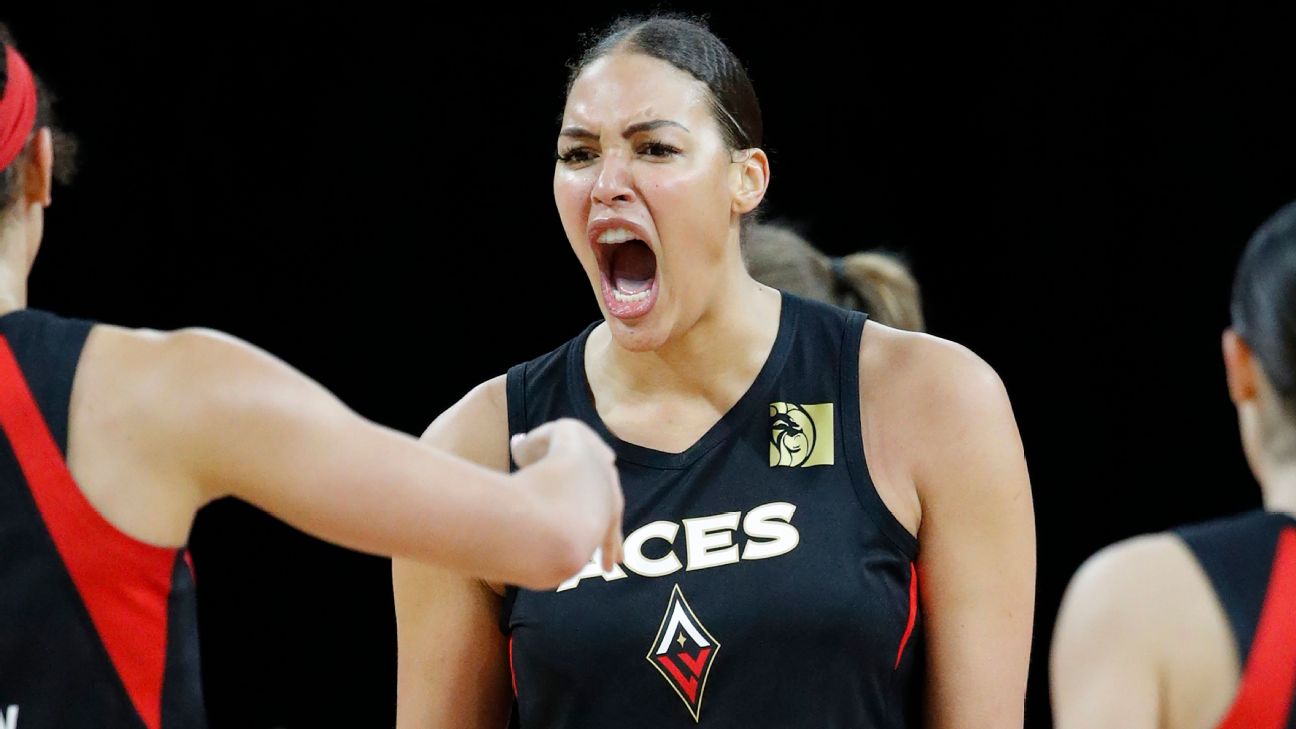 Los Angeles Sparks coach and general manager Derek Fisher said in a statement Friday that he thinks the addition of Liz Cambage, who sources say took below-maximum salary to sign with the team, puts L.A. in position to win another WNBA title.

The Sparks officially announced the signing of free agent Cambage on Friday, adding the 6-foot-8 center to a front line that includes former MVP Nneka Ogwumike and her sister Chiney Ogwumike.

Cambage drew attention via social media earlier this month when she tweeted, "ahhh yes the @WNBA , where a head coach can get paid 4X the highest paid players super max contract" in reference tonew Las Vegas Aces coach Becky Hammon earning an annual salary of $1 million, more than four times the top salary a player is eligible for.

WNBA player salaries are set through the league's collective bargaining with the players' union, and coaches' salaries are not. Hammon is currently still an assistant with the NBA's San Antonio Spurs.

Cambage's addition is a big boost for the Sparks, who went 12-20 last season and missed the playoffs for just the fifth time in the franchise's 25-year history. Los Angeles won WNBA titles in 2001, 2002 and 2016.

"It's always been my dream to wear the purple & gold and play in LA," Cambage said in a statement. "This is an incredible opportunity to compete for a championship. ... I'm ready to pour everything I have into this team and the legendary Sparks fans."


Cambage has worn No. 8 throughout her WNBA career but will not do so with the Sparks as a tribute to DeLisha Milton-Jones, who was announced Monday as an inductee into the Women's Basketball Hall of Fame this summer. Milton-Jones wore No. 8 in her 11 seasons with Los Angeles, which included two WNBA titles. Cambage was pictured with the placeholder No. 0 in a graphic released by the Sparks on Friday, but her actual number for this season has not been announced.

"The Sparks organization is ecstatic to partner with a dynamic person and player in Liz Cambage, who will elevate the franchise on and off the court," Fisher said. "At her best, Liz is the most dominant women's basketball player in the world. She scores efficiently inside, can stretch the floor, and is a good passer. She's also one of the league's best rim protectors and rebounds at a high level. The addition of Liz, along with our other off-season moves, puts us in a position to compete for a WNBA championship."

Cambage was dealt to Las Vegas and helped the Aces make the WNBA semifinals in 2019. She sat out the 2020 season on a medical exemption after having been ill with COVID-19, and returned to the Aces last season. She averaged 14.2 points and 8.2 rebounds as Las Vegas fell in the WNBA semifinals to Phoenix.
Report a correction or typo
Related topics:
sportsespnnewswnbalos angeles sparksliz cambageespnw sportsespnw
Copyright © 2022 ESPN Internet Ventures. All rights reserved.
TOP STORIES
New California laws on bars, ghost guns, schools taking effect
Free gas giveaway leads to massive traffic jam in Compton
LAX expected to be second busiest US airport over July 4th weekend
California late start law aims to make school less of a yawn
California gas tax increase kicks in. What you need to know
Minimum wage in LA increases to $16.04 starting Friday
Here's what to know about the end of CA's eviction moratorium
Show More
LA County could hit 'high' COVID level in July, prompt return of masks
2nd visitor in 3 days gored by Yellowstone park bison
Hit-and-run driver slams into woman walking her dogs in Westminster
Family member beats shark to free teen girl from its jaws
Growing solar industry creating pathway out of poverty for many
More TOP STORIES News