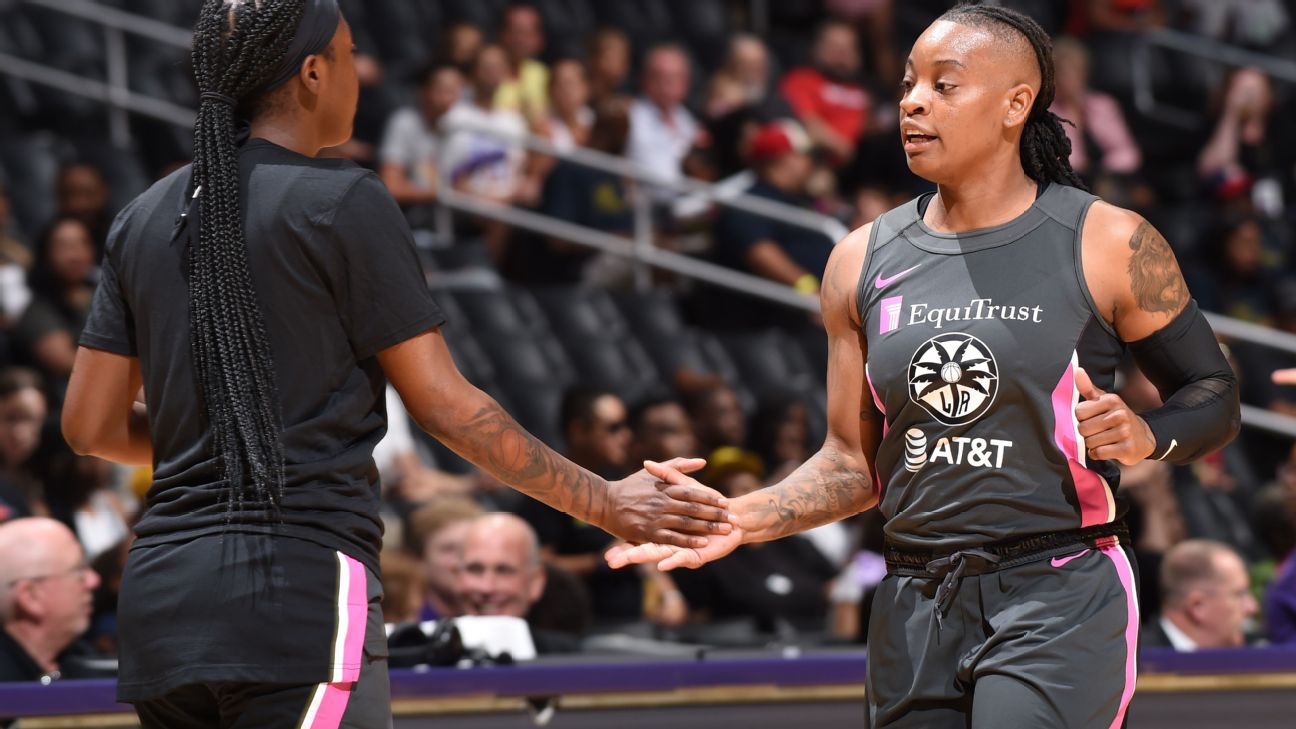 ESPN
By Mechelle Voepel
Los Angeles Sparks guard Riquna Williams, who was suspended 10 games by the WNBA on July 16 because of her involvement in an alleged domestic violence situation, returned to action Thursday.

She started for the Sparks and had 10 points, five rebounds and three assists in a 98-65 victory against visiting Indiana at Staples Center. She played 27 minutes and 45 seconds.

Williams faces charges of burglary and aggravated assault with a deadly weapon after being arrested in December for an incident in Palm Beach County, Florida, involving her former girlfriend. Williams was charged in April, but the Sparks opted to bring her back as a free agent.

Williams, a seventh-year pro out of Miami, has spent the past three seasons in Los Angeles after playing her first four in Tulsa. Williams was averaging 11.5 points through 15 games before she was suspended.