Spurs: Plan is to let Tim Duncan's role with the team evolve 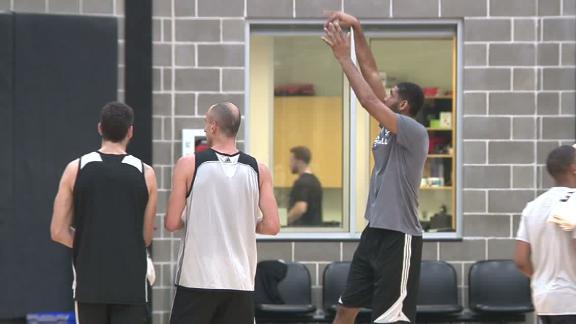 SAN ANTONIO -- Former Spurs forward Tim Duncan made an appearance at the team's Wednesday training camp workout, just two days after coach Gregg Popovich joked he would fine the future Hall of Famer $2,500 for each day he was absent.

But even with Duncan's surprise appearance, his role within the organization remains a work in progress.

"When I got done arguing with him about why he's been fined for not showing up the last few days, we got that out of the way first. Most people under contract are required to show up for their jobs," Popovich said jokingly. "He said he didn't have a contract. But I told him I thought we had a verbal contract, and I thought that was just as good as written. We're having a tough time right now, the two of us, trying to get him straight. He's always been tough to manage, especially so now that he's retired."

One of the cornerstones of San Antonio's five NBA championships, Duncan announced his retirement in July after 19 seasons with the team. He served as a spectator as the club scrimmaged Wednesday and could be seen conversing with former teammates as they took part in an after-practice shootaround.

Popovich mentioned Monday that Duncan would remain involved with the team and joked that he would be "the coach of whatever he feels like." Popovich said there is no room for Duncan on the bench during game situations and joked that he's "too smart for that" anyway.

The coach was unsure whether Duncan would take part in some road trips, saying the organization "just want[s] to let it kind of morph into its own sort of thing."

Like Popovich, Buford said Duncan's role will be "whatever he decides it to be." But first, the club would like Duncan to adjust to life after basketball, while finding the niche in which he's most comfortable.

"I think he's learning about life after playing," Buford said. "And he can impact us in so many ways. I think we need to sit back and get a better understanding of how he feels like he wants to fit in and what works for his family. Then we'll figure it out from there. But the gym feels better when he's in it."

"Oh, definitely," Dedmon said. "He was one of the best to ever do it. So it's always a plus when he comes around."

Dedmon said he has already received some coaching tips from Duncan, who told the new Spurs center that "I need to talk more, communicate more on defense. I'll be doing that next time. He says a couple of words to you, let's you know what you need to do."

Given the fact the Spurs brought in 12 new players among the 20 on the roster, several of the new acquisitions plan to absorb as much information as possible about the club's culture from Duncan, who played a significant role in creating it.

"He has as much knowledge about being in the NBA as anybody who has ever played the game," said David Lee, an 11-year veteran and two-time All-Star who joined the Spurs in August after spending the 2015-16 season with the Dallas Mavericks. "He has a great feel for the game, perhaps the best of all time. That's someone I'm definitely going to listen to whenever he has something to say." 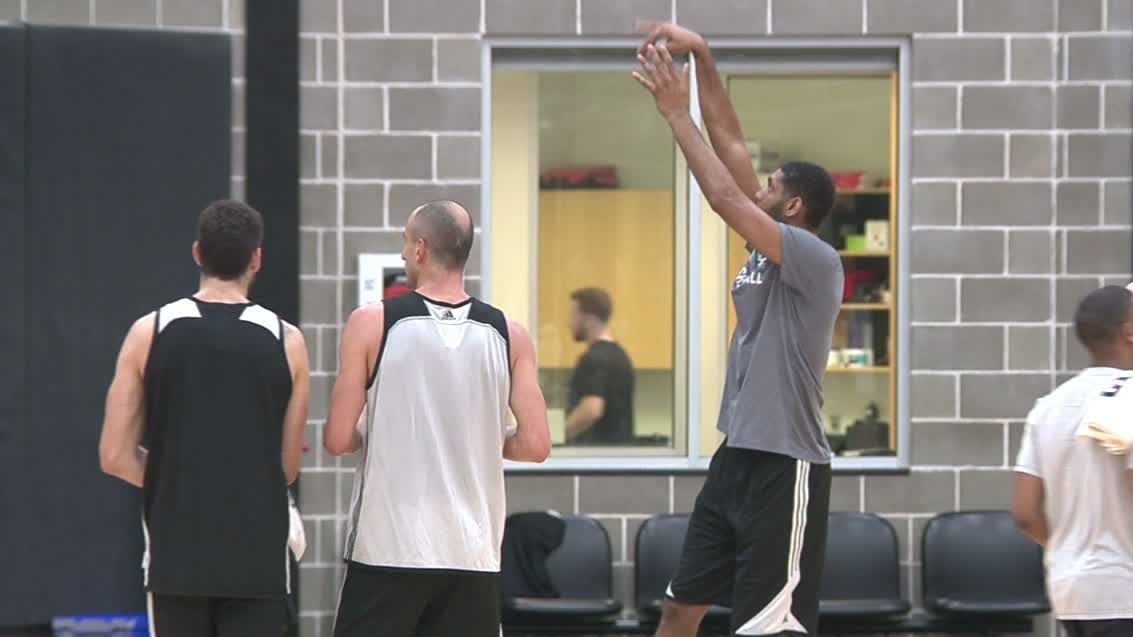